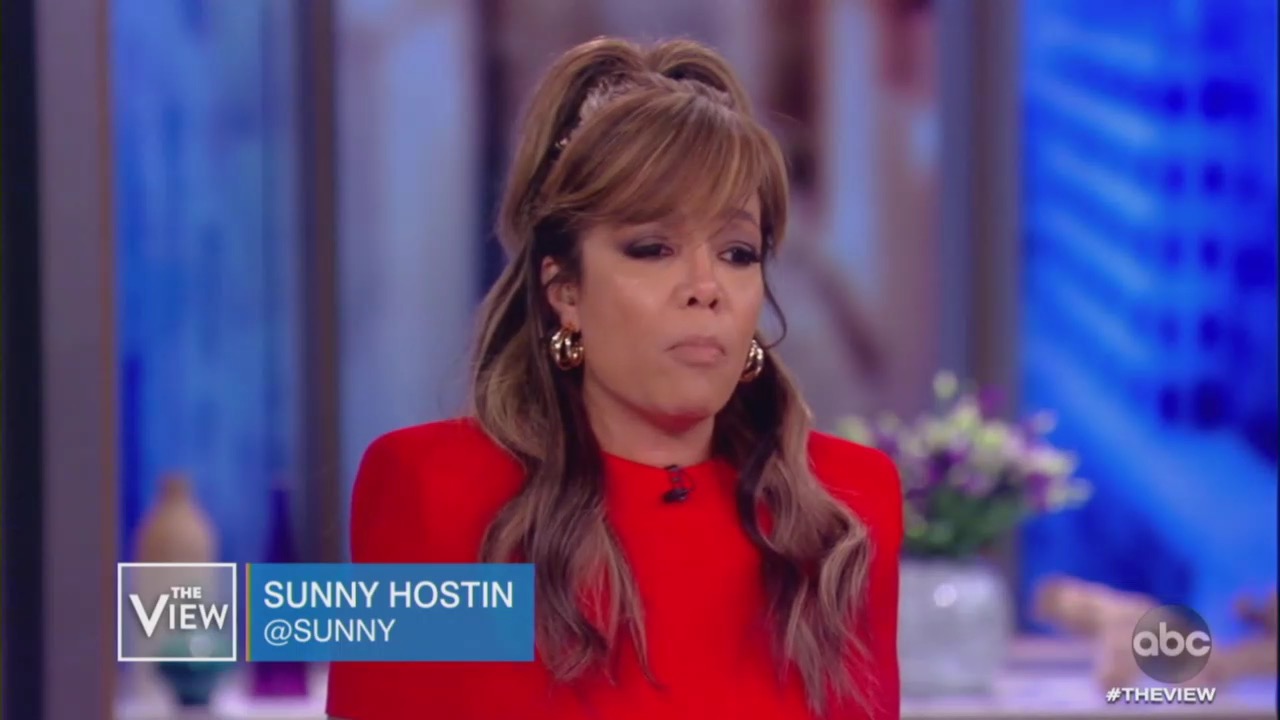 In what has increasingly become Democrats’ favorite excuse, The View’s Sunny Hostin claimed Kamala Harris’s failed campaign was due to racism and sexism. On Wednesday’s show, the co-host was visibly distraught at the news Harris had dropped out of the 2020 race. Instead of acknowledging the Democrat’s campaign problems, Hostin pulled the race and gender cards. Along with Joy Behar, she also suggested the country was more racist after they elected Barack Obama twice, because voters then elected President Trump.

The show started Wednesday with the stone-faced hosts looking on as they played Harris’s video message explaining she was dropping out of the race. Joy Behar posed that “some say” Harris could never land a consistent message to voters, while Abby Huntsman blamed the scathing resignation letter a Harris aide posted in the New York Times, blasting the campaign as unprofessional.

Sunny Hostin, however, rushed in to defend Harris, saying it wasn’t her fault; she was just a victim of “unprecedented” racism and sexism!

I think she spoke to a lot of the issues that matter to me. Um, I was disappointed actually, that she dropped out and had to suspend her campaign, and I think that, you know, there's no question that there were obviously problems with her campaign. I think there obviously financial problems, but I don't think that you can look at that without also looking at the fact that as a woman of color, she also faced unprecedented sexism, compounded by racism as well as as a female candidate of color.

But Huntsman pushed back on Hostin’s claim, saying she was “factually wrong” because the country voted for President Obama twice, and Hillary Clinton “won the popular vote” in 2016.

She added that candidates need to face reality and not blame others:

“At some point you gotta look in the mirror, as a candidate and say, ‘You know what? Maybe it's me. Maybe I'm struggling to connect to the voters. Maybe I am not giving them what they want to hear,’” she gushed.

That clearly irked Hostin who didn’t want to hear that the country wasn’t teeming with racists. She echoed Van Jones’ response on election night, 2016, that by electing Trump, it was a “white-lash” against President Obama:

Joy Behar agreed, jumping in to add more explicitly, “The fact that Trump is there could be a reaction to a black president!”