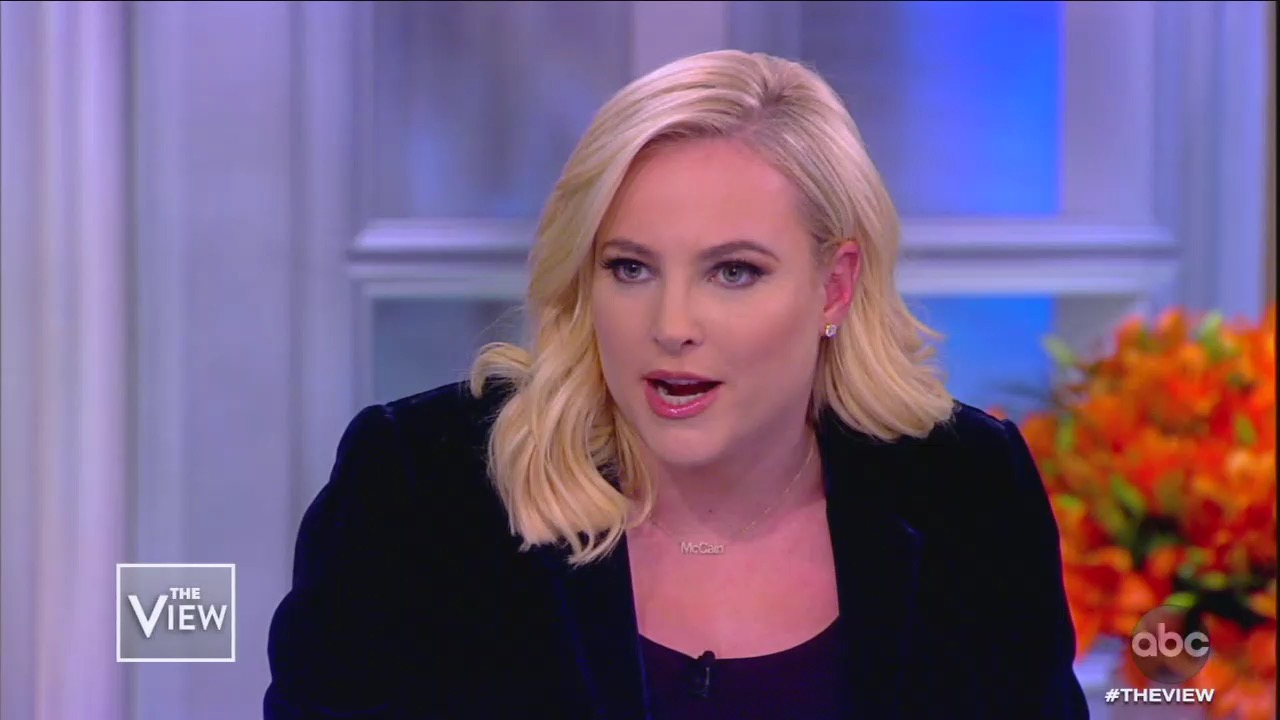 The View returned Thursday after being interrupted by this week’s wall-to-wall impeachment hearings coverage, to discuss that very topic. Liberal hosts Joy Behar and Sunny Hostin claimed President Trump was running scared because Democrats had the smoking gun. However, Meghan McCain and Abby Huntsman weren’t convinced and pointed out how far removed Democrats were from public opinion on impeachment.

Behar began by smirking that Trump was clearly “nervous” after Ambassador Sondland’s testimony. Hostin agreed that Trump was becoming unglued by these hearings: “I think so. He appeared to be coming undone, in my view, when I saw that.”

She went on to argue that it “didn’t matter” “at all” if President Trump didn’t tell Sondland that Ukraine aid would be withheld until Biden was investigated:

What was interesting for me also during Sondland's testimony is that the Republican defense in this has been, ‘but Sondland didn't speak directly to the President.’ But that doesn't matter at all. What matters is that Sondland said that he was speaking to Giuliani who was acting at the direction of the President.

A few weeks ago, Behar also argued it didn’t matter if the whistleblower was a Democrat who had worked for Biden when he was Vice President. It seems a lot of relevant things don’t “matter, at all” to the liberal hosts when they have an impeachment agenda they want to ram through.

But Huntsman pointed out a new poll showed “90%” of Republicans still supported the President. She argued that Democrats didn’t have what they needed to impeach Trump because they had yet to point to any crime.

That triggered Behar who shouted, “Baloney, baloney! They’re in a cult!”

However McCain chided Behar and Hostin for believing that these impeachment hearings were going to move the needle on public opinion. She also blasted the media's "low ratings" for these hearings, arguing Democrats had nothing of substance:

We can't get sucked into the beltway in the media circles. What I saw last night on the debate stage is not going to be good enough to beat him. You all are very convinced he's crazy, he's whatever. He's always been crazy like a fox. I knew he was going to win in 2016 and I'm telling you right now if you think this impeachment hearing and everything with Sondland and the 30,000 cast of characters which by the way, every day is ticking lower and lower on ratings. If you think this is enough to have it locked and loaded you are naive!

But Behar claimed Democrats just needed more people to testify: “I would like to see these people answer subpoenas Giuliani, Bolton and Mike Pompeo!” she gushed.

McCain pointed out "what matters" is the "electoral college." Of course that system which the framers intended to protect the rights and interests of Americans in less populated states, was deemed racist by the liberal co-hosts.

Behar snarked, "That was created to save slave states,” as Sunny Hostin echoed her approval and they cut to commercial.