Trump Jr. Leaves 'View' Hosts Shocked By Bringing Up Their Past Controversies 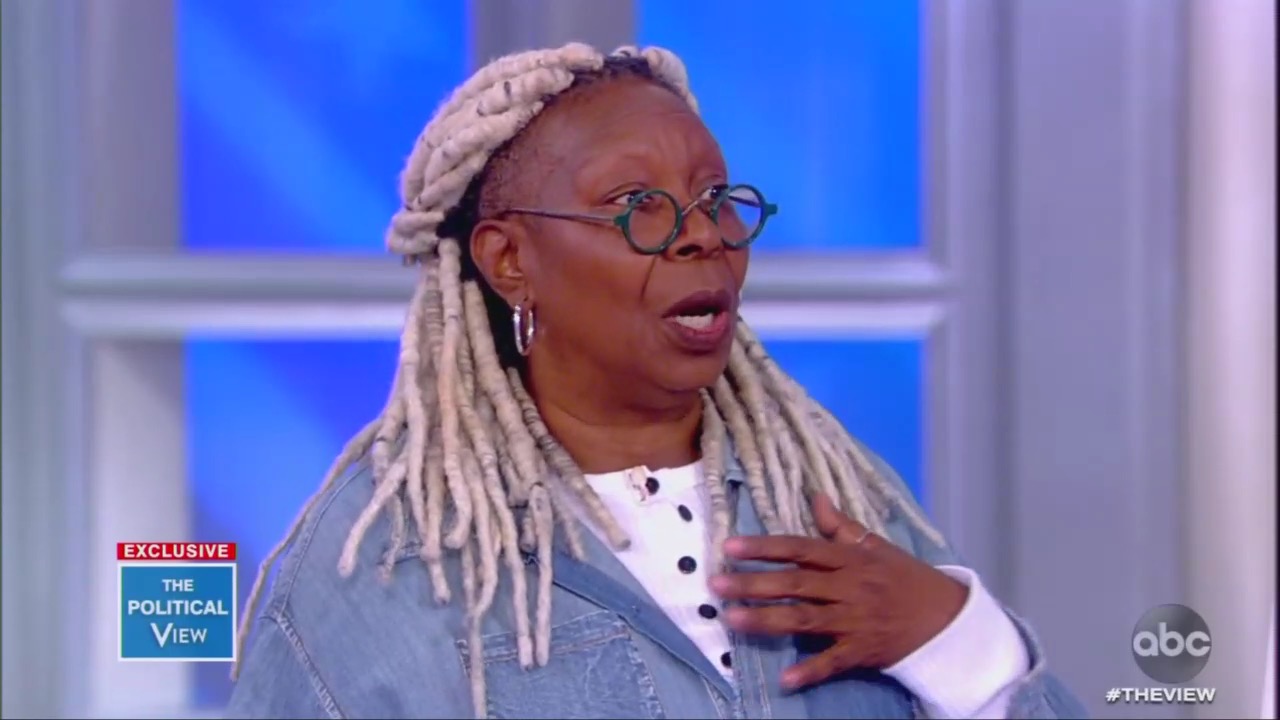 There’s no question guests Donald Trump Jr. and Kimberly Guilfoyle completely “triggered” the hosts of The View Thursday, as the president’s son was there, ironically to promote his book of the same title. The food fight continued for nearly thirty minutes, finally culminating with Trump shocking hosts Joy Behar and Whoopi Goldberg by calling out their own controversies.

Co-host Meghan McCain somberly lectured Trump over his father’s hostile relationship with her late father, Sen. John McCain. She characterized the downfall of “civility” in society being entirely Trump’s fault, and pressed him if his father’s presidency “was worth it.” While Trump and Guilfoyle were sympathetic to McCain they explained how the President had changed many people’s lives for the better with the economy in particular. Behar tried to pick up on that “civility” schtick, accusing Trump of calling Mexicans “rapists,” et cetera. Trump Jr. turned the tables back on the hosts, again, by bringing up Behar’s past "blackface" Halloween costume, and Whoopi excusing rape by her Hollywood friend. Whoopi again tried to claim that other presidents have had a harder time than President Trump by the media:

DONALD TRUMP JR: We have all done things that we regret. I mean if we're talking about bringing the discourse down, Joy. You have worn blackface. Whoopi --

TRUMP JR: [Whoopi] You said that Roman Polanski, it wasn't rape rape when he raped a child. So let's talk about serious things--

WHOOPI: You want to bring this up? The question came up --

BEHAR: I did not go in blackface, please.

WHOOPI: No, she was not in blackface.

WHOOPI: Listen being black, I recognize blackface. This I can say, okay? I know it when I see it. Now that you have broken this piece of ice because I guess this is the fight you wanted --

TRUMP JR: It's not the fight I wanted. But if we're talking about character.

WHOOPI: Are you questioning my character?

WHOOPI: I'm sorry. I didn't question anybody! I simply said that when you’re talking about your father's taken more heat than anybody else, that is not so.

TRUMP JR: As a president?

“Name a president that has taken more heat than my father,” Trump insisted. Since they couldn’t do it, Sunny Hostin claimed the “Central Park five” received more heat than President Trump.

While this was definitely low hanging fruit, the hosts invited their own criticism by being so nasty. Ironically, during a discussion on civility, Whoopi claimed without proof, that the whistleblower’s family was now getting anthrax letters, leading to this disgusting exchange:

WHOOPI: If you were talking about the white powder that your family got, this guy's [whistleblower] family is getting the same thing, and why is it okay for one and not both? People shouldn't be doing it.

TRUMP JR: I don't know if that's actually happening to him first and foremost.

WHOOPI: Well we don't know if it happened to you! We're taking your [word] [applause]