Awkward: In 2016 Joy Behar Proudly Shared Photos of Herself Dressed as an 'African Woman' 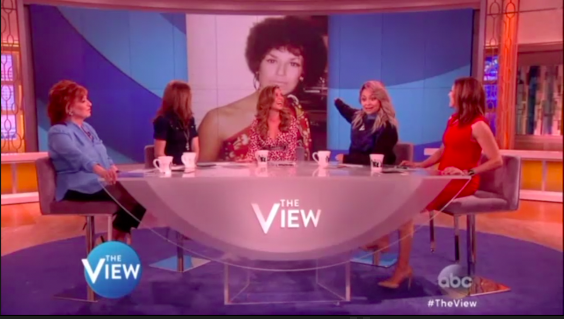 Well this didn’t age well. A video has resurfaced online this week showing View co-host Joy Behar actually bragging about wearing "dark makeup" to dress up as an “African woman” for Halloween one year. That admission came during the May 13, 2016 episode of The View, dug up by the same website that found the Ralph Northam blackface photos.

In the cringe-worthy segment below, the hosts were talking about the “comeback” of naturally curly hair. Behar took the opportunity to share a photo and story of herself when she was younger sporting curly hair...but that wasn’t all:

[Photo of Behar appears on screen]

PAULA FARIS: Is that you Joy?

RAVEN-SYMONE: Are you black Joy?

JOY BEHAR: I was so cute!

RAVEN-SYMONE: Are you my aunty, Joy? She looks black!

BEHAR: That was me.

FARIS: What year was this?

BEHAR: I was 29 years old. It was a Halloween party. I went as a beautiful African woman.

RAVEN-SYMONE: Did you have tanning lotion on, Joy?

BEHAR: I think I was wearing makeup that was a little bit darker than my skin. That’s my actual hair though!

RAVEN-SYMONE: I love it, though!

Still not as awful as when fellow View co-host Whoopi Goldberg’s then-boyfriend Ted Danson wore blackface with “huge white lips” in a roast of the actress in 1993, that featured many iterations of the “n-word.”

Perhaps most interesting is that none of the hosts have chosen to address any of the Virginia Democrat scandals on their show this week.