Jane Fonda Pleads: ‘Only 11 Years Left,’ Vote for Radical Left, to Save Planet! 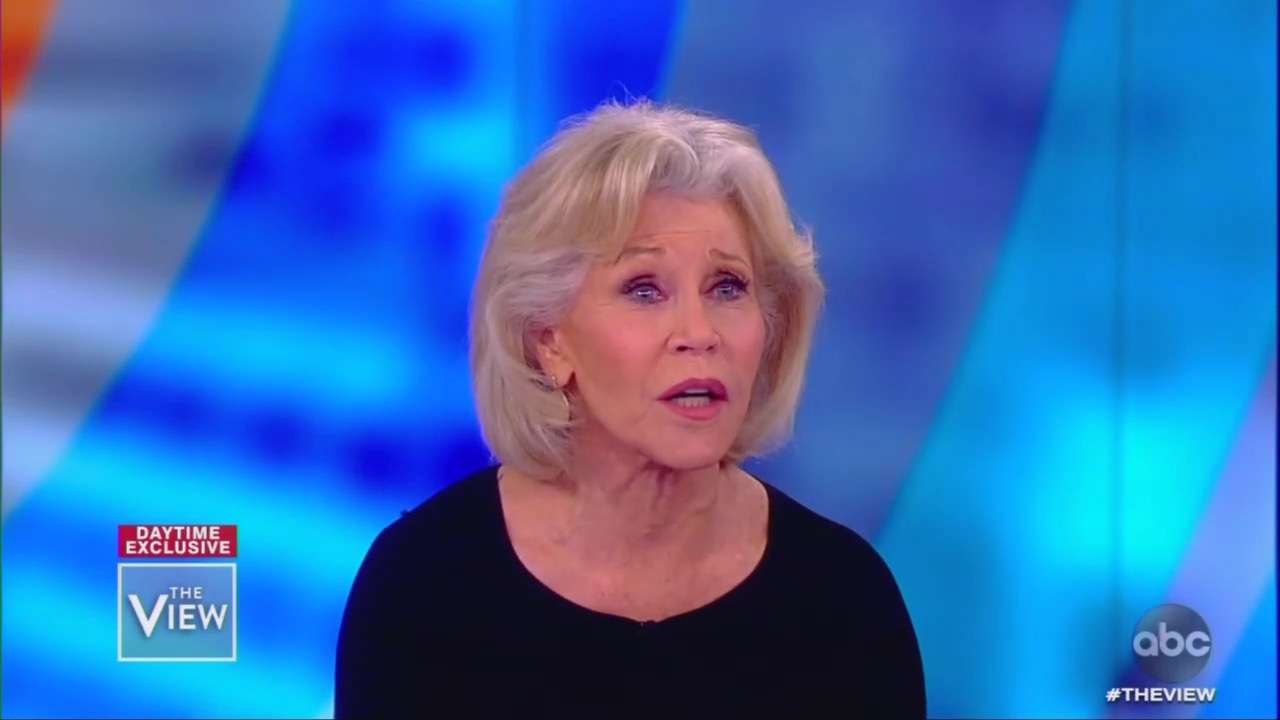 Liberal activist and actress Jane Fonda received the royal welcome on Tuesday’s The View by the equally fanatical hosts. Fonda was there to discuss her climate change activism which excited Joy Behar, as she tried to win the contest over who could be more hysterical about the state of the earth.

After hugs all around, the co-hosts declared how much they “loved” Fonda. Joy Behar bragged to Whoopi Goldberg that she was the only co-host to have “made out” with Fonda (yikes).

“You didn't have a make-out session with Jane. I did. Not in public anyway,” Behar cracked.

Whoopi immediately praised Fonda for her pledge to get arrested every Friday for her environmental protests at the Capitol. Fonda touted she was just sorry for all the people in jail who shouldn’t be there because the government didn’t give enough money to welfare programs and combatting “poverty, racism and mental health issues,” (which she claimed were linked to climate change): “It's only going to get worse as climate gets worse and more and more people are harmed!”

Abby Huntsman pressed Fonda if there was a way to achieve her “mission” “without breaking the law.” Fonda said it was “too late for moderation” because we “only have eleven years left:”

“Even the climate scientists are saying we're not going to be able to turn it around. We have 11 years to avoid catastrophe and we can't do it unless people mobilize by the millions in the streets, folks out there.” Fonda also urged the audience that there was not enough time left to vote for any politician who didn’t make climate change a number one priority.

Behar complained that she "watched CNN all day" and they didn't give enough time to covering the Obama-era rollbacks the "convict" Trump was enacting. "We're all going to be Flint, Michigan because of this guy!" she gushed.

The hosts ended the show by pointing to some young people sitting in the front row, and trying to scare them that the world would be gone before they hit middle age.

“You kids here, this is about you!” Behar shouted.

Fonda encouraged liberals to “put their bodies on the line” and get arrested to save the planet:

“We have to fight for the future of these young people... it's really going to be hard so we have to be incredibly brave and we have to be willing to risk arrest and go into the streets and put our bodies on the line!”