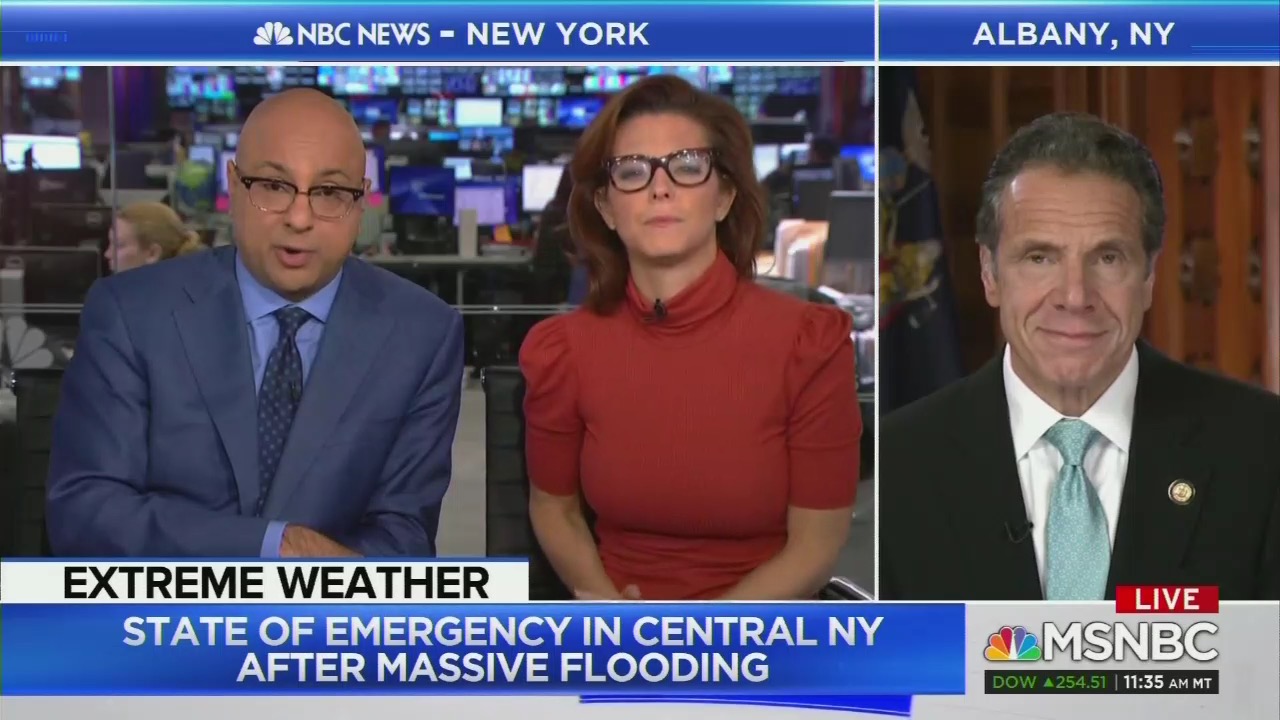 This afternoon on MSNBC, hosts and climate change propagandists Ali Velshi and Stephanie Ruhle sat back and stayed silent as their Democrat guest made an absurdly comical declaration about climate change.

While discussing the flooding state of emergency in New York, on MSNBC Live With Velshi and Ruhle, Gov. Andrew Cuomo (D-NY) told the hosts the natural disaster was not only due to climate change, but we never had these natural disasters before:

Ali, anyone who questions extreme weather and climate change is just delusional at this point. We have seen in the state of New York what everyone has seen, we have seen these weather patterns we never had before. We didn't have hurricanes, we didn’t have super storms, we didn’t have tornadoes.

He went on to talk about the rescue missions, before coming back to his climate change activism:

“This is a recurring pattern. And anyone who is still in denial is making a very serious mistake,” Cuomo lectured.

When he was finished, co-host Ali Velshi thanked him and ended the interview. Just think if a Republican had came on the show to talk about a controversial issue, how the hosts would’ve reacted differently. He or she would’ve been cut off, talked over or at the very least grilled to defend said statements afterwards. But an obviously false claim made by a Democrat gets a pass on MSNBC.