Amanpour Asks Anita Hill: Is This Country 'Still' Too 'Misogynistic' to Elect a Woman? 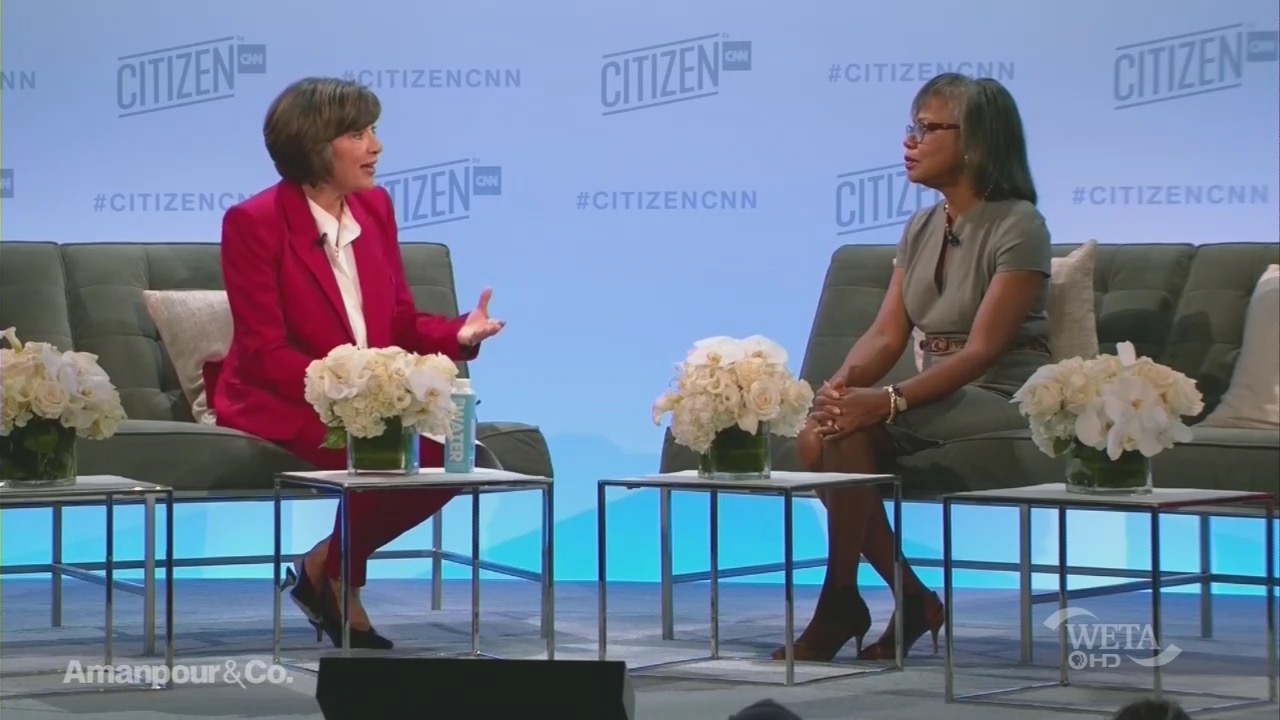 During CNN’s 2019 Citizen Conference Thursday, CNN International journalist Christiane Amanpour practically bowed down to interviewee Anita Hill, calling her an “icon” who was unfairly persecuted after she accused Clarence Thomas of sexual harassment during his Supreme Court confirmation hearing in 1991. The British journalist railed against sexism in American politics, even relating Hill to Hillary Clinton unfairly losing the 2016 election.

Right from the start, Amanpour made it clear there was no doubt in anyone’s mind that Hill had told the truth about Thomas. Amanpour did not mention that most Americans did not believe Hill at the time. In fact Thomas's approval numbers rose after Hill’s testimony. Regardless, Amanpour praised Hill and Christine Blasey-Ford’s boldness in “daring” to come forward with (baseless) accusations against Thomas and Brett Kavanaugh:

Good to have you here. You did become a national figure in 1991 -- that's nearly 30 years ago -- because of what you dared to come forward to say. Nearly 30 years later, Christine Blasey Ford came forward and dared to put herself on the line for what she believed was her right. Both Supreme Court justices were nonetheless confirmed, the nominees. What do you think will happen when the next, and if the next such Anita Hill or Christine Ford comes forward?

After Hill called the Kavanaugh hearings a “disappointing” “setback” to the #MeToo movement and women’s rights, Amanpour sympathetically asked how Hill “coped” with “people trying to destroy” her:

"You've become an icon. How did you cope with the negative side? Obviously, you received a lot of support, but what was it like, I mean, people disbelieving you, people, you know, who tried to destroy you?" she gushed.

Keeping on the theme that America had a sexism problem, Amanpour also asked Hill if a female candidate could win in 2020, or did the country “still” have a misogyny problem? (As in, that is why Clinton lost in 2016):

“There's six, as I said, female candidates right now for president on the democratic side. Do you believe that this country is misogynistic still, that it will not vote for a female?” she prodded Hill.

Hill rehashed the “well Clinton won the popular vote!” excuse before the pair complained about the “problem” of the Constitution establishing the Electoral College:

“Well, the country did vote for a female in the last election,” Hill stated defiantly as the audience full of media types, chuckled in agreement.

Amanpour sighed about “the electoral college” as Hill finished her thought:

“Yeah, so, the electoral college maybe doesn't reflect the country, and maybe that's the problem,” she stated.