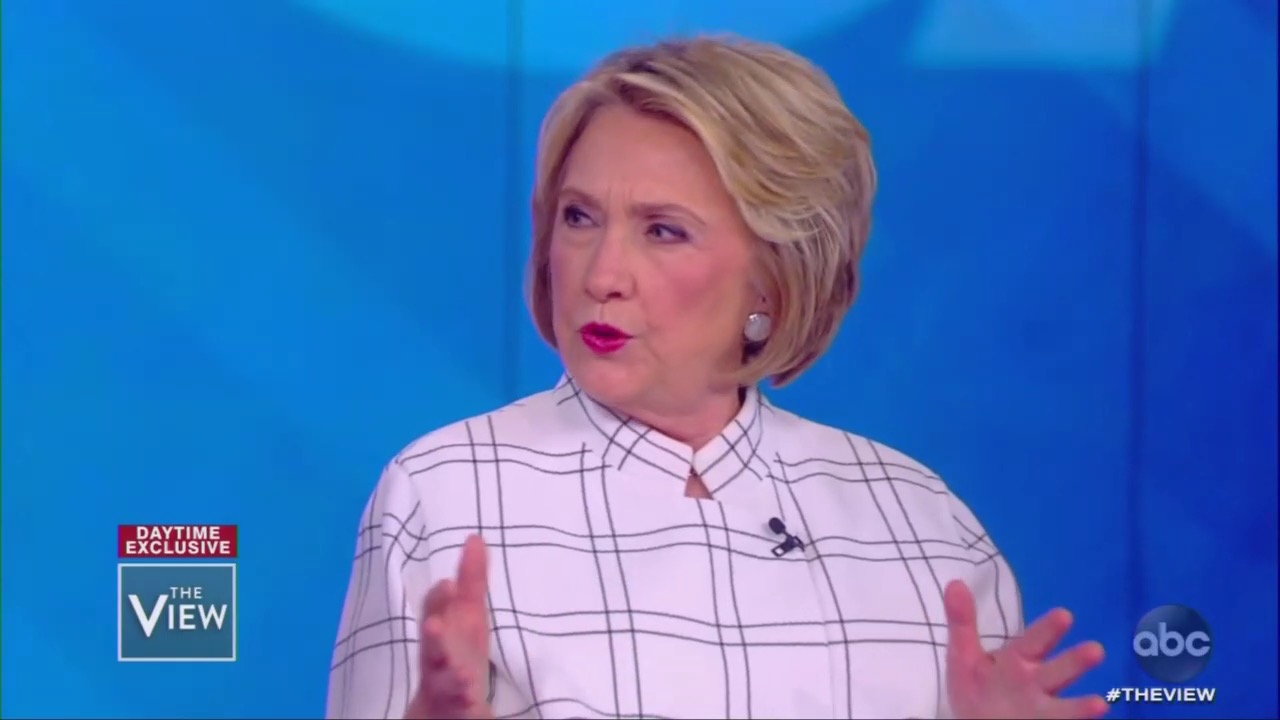 Hillary and Chelsea Clinton were warmly welcomed on The View Wednesday to plug their new book, but spent nearly the entire interview talking about President Trump’s impeachment, and the 2016 election, instead.

Throwing out any pretense of impartiality, the hosts of course began the show urging President Trump’s 2016 rival, to explain why he needs to be impeached. After that, co-host Sunny Hostin spent some time sucking up to Chelsea for her newfound abrasiveness against Trump.

“You set Twitter on fire last week,” she gushed, reading off a tweet Clinton sent mocking the president as the “greatest scam in history.” Hostin couldn’t get enough. “I love that!” she gushed. Clinton doubled-down on her tweet, saying his "whole life has been a scam."

Joy Behar then urged Hillary to explain why Trump was so “obsessed with her.”

Still not over the 2016 election, Clinton again called Trump a “illegitimate President:”

“I do think that he knows that he's an illegitimate president and because of that -- he's very insecure about it,” she snarked as the hosts eagerly agreed. Behar loved that someone other than her was leading the bash-fest against Trump. She griped, “And he's helped and aided and abetted by these Republican leaders who don't -- who don't call him to account on any of it!”

On that note, Clinton urged Republicans to be like John McCain and vote against their party’s interests, or do “the right thing:”

"You need people like that now...I hope that -- you know, I hope like when, you know, John McCain gave that thumb's up it was the right thing to do...I hope we'll see some [more] Republican voices," she began. Abby Huntsman suggested that Republicans “resign” if they couldn’t stand up to Trump.

Later on, she wondered if Clinton had any regrets of things she could’ve done differently in the 2016 election. At first, Clinton claimed she was “too serious” as a candidate. But the hosts quickly jumped in to argue, it wasn’t her fault that she lost the election!

“You can't take responsibility for Russia!” Hostin gushed, which was an easy spot for Clinton to deflect blame again. She suggested our elections weren’t fair because one could lose to “voter suppression” like Georgia’s delusional gubernatorial candidate Stacey Abrams did in 2018, or like she did to “hacking” in 2016:

No. But that's the issue. I don't -- I really believe that there were unprecedented events in this election, the last election I mean…[H]ere's what I've told all the candidates. Look, you can run the best campaign, you can be the nominee, but you can still lose because number one, you could lose with voter suppression and you had Stacey Abrams on, and you know she is a champion for ‘let everyone vote’ and at the end of the day, who wins wins, and who doesn’t, doesn’t, or you could lose by hacking and theft of material.

The show ended with Huntsman and Hostin eagerly asking Clinton if she was running again in 2020, which she denied.