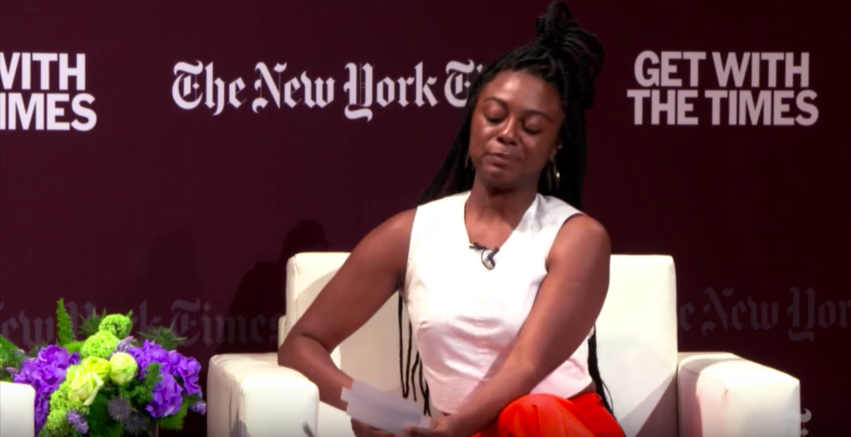 As exposed by Breitbart, it appears another editor at The New York Times has a history of making anti-Semitic and anti-white tweets. What’s more, this same editor worked on the Times’ infamous 1619 project, which “reframes” America under the lens of racism and slavery.

This comes after several other high-level employees at the paper were found to have made racist remarks on their social media accounts.

Breitbart reporter Haris Alic discovered that Jazmine Hughes, who is an associate editor at the New York Times Magazine, and an employee since 2015, made several controversial tweets mocking white people and Jews from 2014-2017 on her Twitter account. In other words, she made these tweets before she was hired, and she continued making them in the two years after she was hired by the Times, with apparently no consequence.

As of Monday morning, these tweets were still displayed on her Twitter profile: 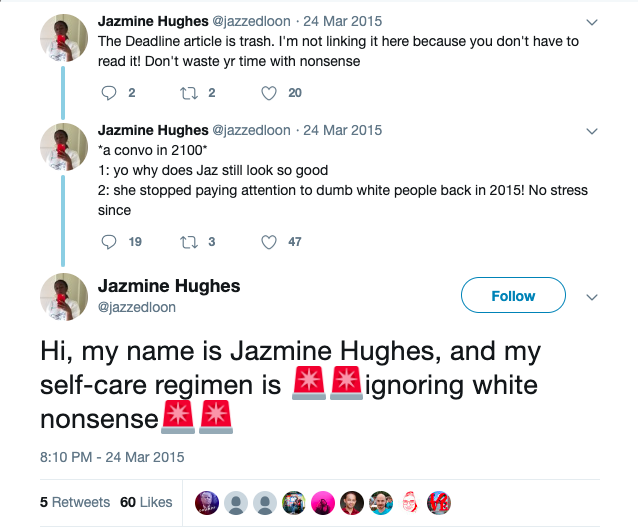 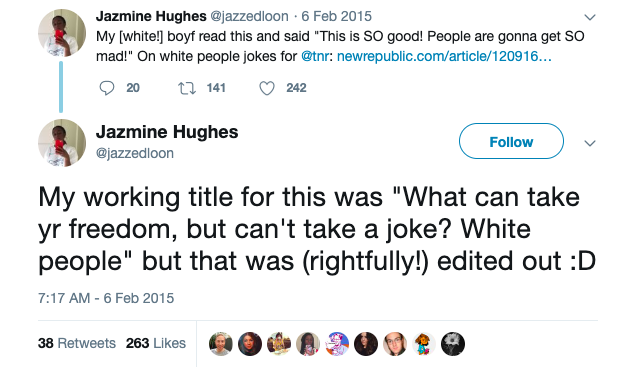 There were other vapid tweets where Hughes complained about “dumb white people” on various superficial topics. Hughes also seems to admit she was angry at white women for voting for President Trump in 2016, tweeting a few days after the election, “good morning everyone except for white women.” Her most recent anti-Semitic tweet was in June of 2017, where she tweeted back jokingly at an apparently Jewish writer, “honestly it was just a matter of time before jenna slid in to confirm that, yes, jews are inDEED good with money.”

Hughes tweets are milder but similar in tone to anti-white tweets from Sarah Jeong, whom the paper hired for their editorial board in 2018.

Just a month ago senior staff editor at The Times, Tom Wright-Piersanti came under fire after his own history of bigoted remarks were exposed by conservative media outlets.