Will and Grace actress Debra Messing tweeted support for an Alabama Baptist church this weekend but not because she had some sudden religious awakening. Instead, Messing agreed with the liberal church’s provocative sign which called black Trump voters “mentally ill.” 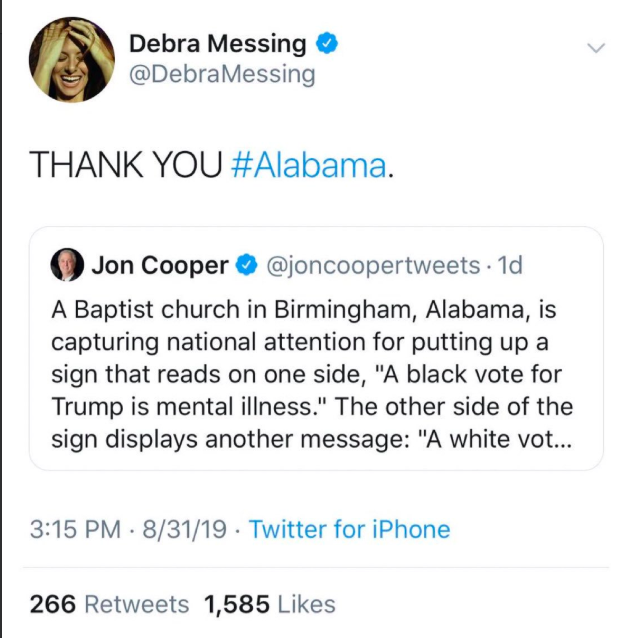 The other side of the sign read, "A white vote for Trump is pure racism.”

Messing deleted the tweet at some point over the weekend. This came as she got in a Twitter feud with President Trump for trying to shame Trump donors who work in Hollywood.

Please print a list of all attendees please. The public has a right to know. https://t.co/YV4UoxrPHI

After push back, Messing laughably claimed they should be proud to be called out publicly for supporting Trump if they weren’t ashamed of him, because she is a proud activist for Democrats. 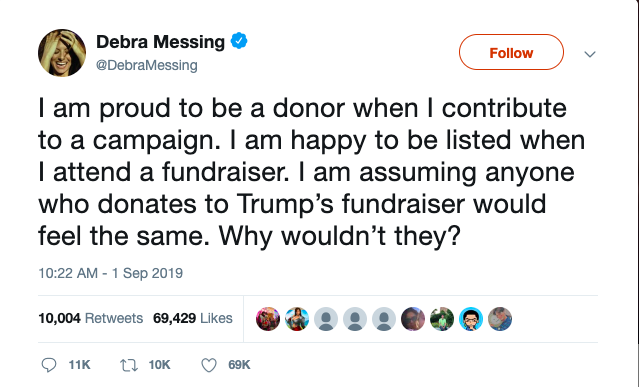 Messing is part of the Hollywood majority suffering from Trump-Derangement Syndrome so it's no wonder she doesn’t realize (or care?) that by doxxing people she’s not just threatening their livelihoods, she’s also making their families and homes targets for radical activists intent on violence.