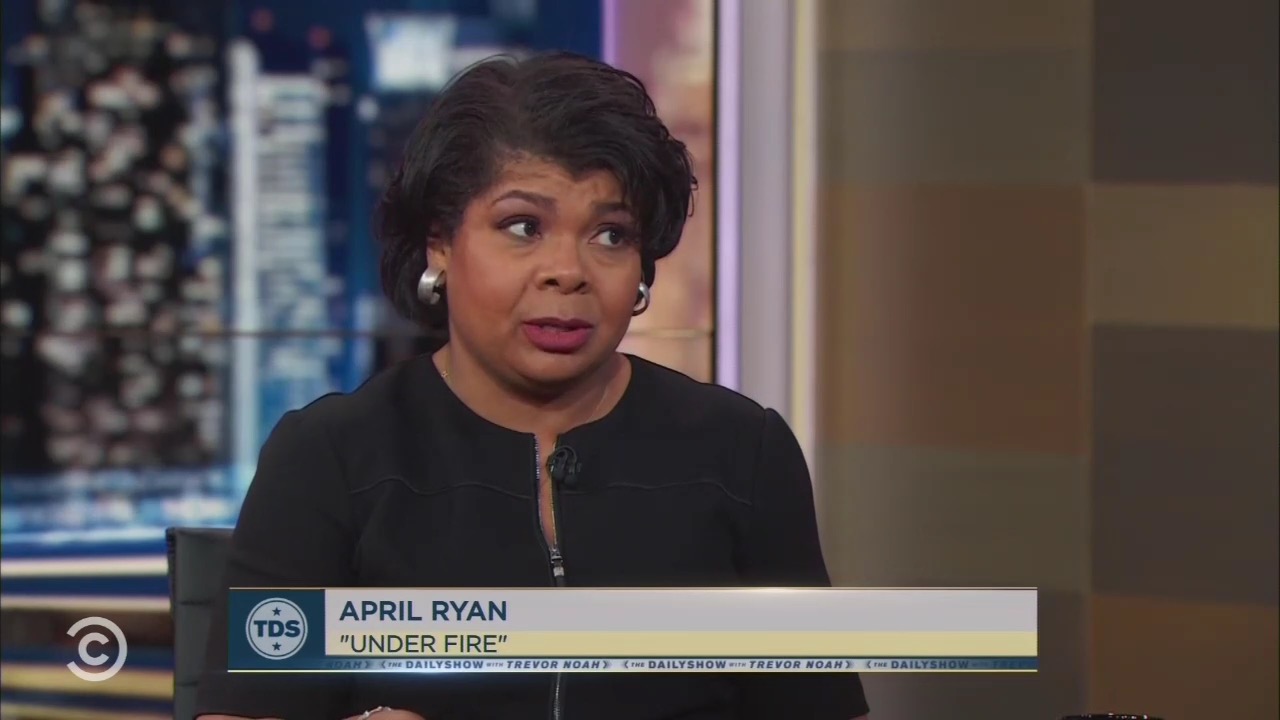 Well you don’t see this happen very often. The Washington Post hammered CNN Thursday, for shamelessly ignoring an ugly story involving their political analyst, April Ryan. After her bodyguard was charged with assaulting a journalist, whom Ryan ejected from an event she was speaking at, even her liberal peers had enough. Washington Post media critic Erik Wemple bluntly demanded Ryan, address the hypocrisy, “or relinquish your standing as First Amendment champions.”

Wemple began by explaining how since joining CNN, Ryan had made a name for herself as a “vociferous and resilient advocate for press freedom,” during the Trump administration, even writing a book on the topic. But that advocacy is being called into question after the events that transpired on August 3, where journalist Charlie Kratovil was violently ejected by Ryan’s bodyguard from an event he had been approved to cover. Wemple slammed the network and Ryan for refusing to talk about it with the Post:

Though Ryan is happy to light up CNN’s airwaves with outrage over the Trump administration’s heavy-handed actions vis-a-vis press access, what does she have to say when her own actions are in the mix? The Erik Wemple Blog emailed her with a request for an interview. She called and requested to speak off the record. No thanks, we replied. Nothing that occurs at the fourth annual New Jersey Parent Summit is so secret, so sensitive as to warrant an off-the-record conversation.

CNN’s PR folks didn’t bother returning email inquiries about the matter. Here are the questions we asked: "Given CNN’s various fights for journalistic access and respect during the Trump administration, what does it have to say about this incident? Does it take issue with any of the facts alleged? Ryan appears to say in her address that she didn’t want media types in the audience. How does that square with CNN values?”

“I have not seen or heard anything,” Kratovil said when asked whether CNN or Ryan had issued any statement or apology on the event.

Wemple blasted CNN’s “strategy” of ignoring it and hoping the story would “blow over.” He ended his piece demanding the network and analyst explain their own “professional hypocrisy,” or stop pretending to be champions of freedom of the press:

The strategy here is to ignore the situation in the hopes that it will blow over. Such an outcome shouldn’t be furnished to CNN and Ryan, given the level of professional hypocrisy at hand.

Speak now or relinquish your standing as First Amendment champions.