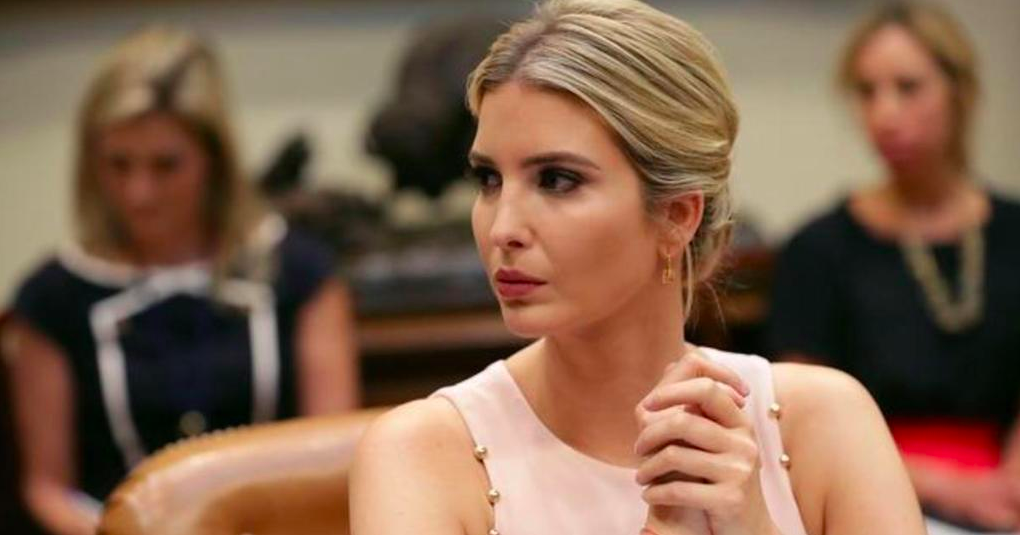 Women’s fashion magazine Vanity Fair seems hell-bent on attacking the First Daughter any chance they get. Just a few days after slamming her for being complicit in the shootings, they accused her of being a white supremacist in this hysterical article which makes less sense than a Cher tweet. The magazine’s Rachel Dodes, an apparent self-loathing white liberal, entitled her hit piece, “The Unbearable Whiteness of Being Ivanka Trump,” and sneered about how “white” Ivanka was a whopping ten times in the relatively short article.

Dodes begins by accusing Trump of wanting to “reign supreme,” in her “white privilege.” She peppers her article with lots of condescending comments, such as, calling her a “White House Barbie," that would certainly be called misogynistic if the writer was anyone other than a liberal woman:

She smiles blandly, wears pretty dresses, offers platitudes about women’s empowerment, and plays diplomat like White House Barbie or a “frum Donatella Versace,” as Grigoriadis put it...the calm con artist, who helps her father win in 2020. She has even said she harbors ambitions to be the first female president. God help us.

Dodes also slams Ivanka as “entitled” and “unqualified” for any job she’s ever had, slamming her “abysmal track record,” “the Peter Principle in blonde.”

Moreover, Dodes asserts, Trump’s “ill-equipped” to condemn hatred because she was “fueled” to “power” by white supremacy.

So basically there’s nothing Trump could do that would please the left. Shocker.

As you can probably tell already, the whole article reeks of the writer’s hatred for her subject, but this particular passage was so over-the-top it stands on its own:

Like a grown-up Veruca Salt with a security clearance, Ivanka Trump wants the world, and she wants it now. She is the human embodiment of white privilege, reeking of complicity, as Saturday Night Live so aptly conveyed in a spoof of a fragrance ad. She’s so white that the racists who comprise a significant portion of her father’s “base” don’t seem to care that she converted to Judaism. Literally everything about Ivanka is white, including the cover of her poorly selling 2017 book, Women Who Work, containing dull observations and often misattributed quotes about gender equality. Her new dog, named Winter and hailed on Instagram as “the newest member of the Kushner family,” has sparkling blue eyes and fur as white as snow. Her voice, with its sleep-inducing ASMR inflections, sounds like white noise. Some have pointed out that she seems to adapt her eye color—from brown to blue, using colored contacts—when interacting with her father.

That’s right, everything about Ivanka, is an example of her white privilege, from her dog, to her voice, to her eye color!

The Trump-derangement is strong with this one.