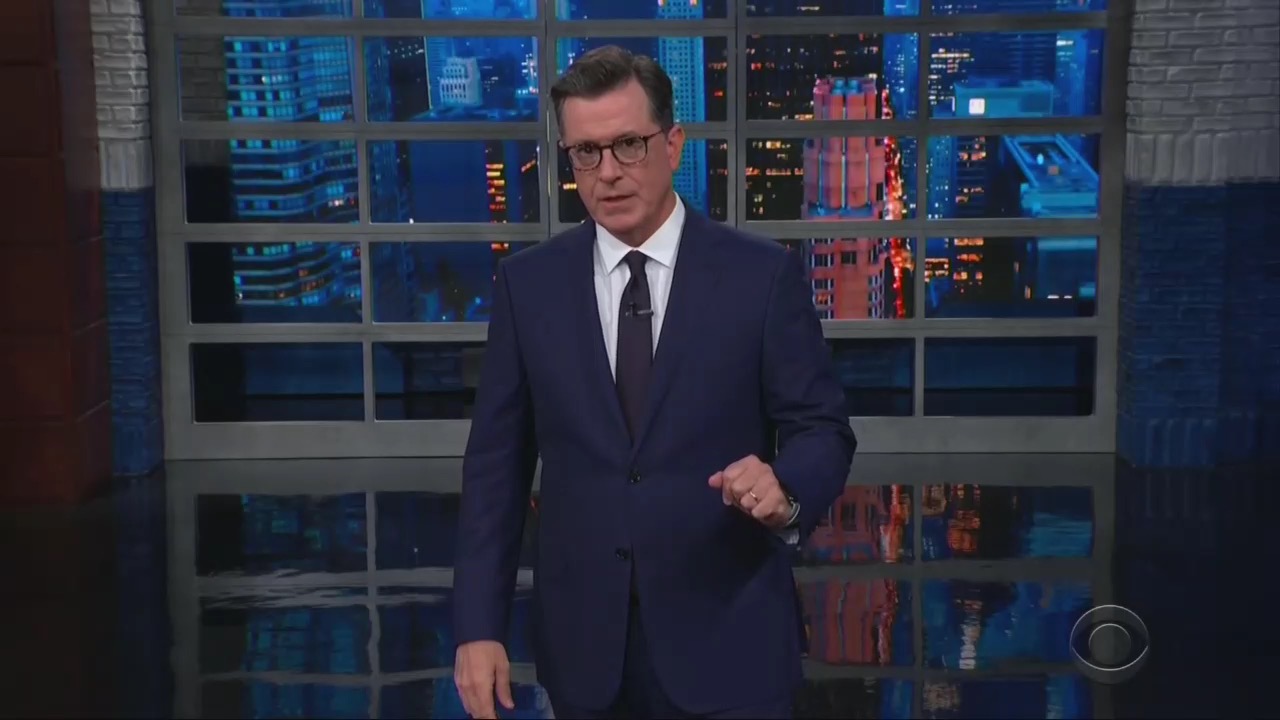 The Late Show host Stephen Colbert began his monologue Thursday night slamming the media’s coverage of Robert Mueller’s dud of a hearing, Wednesday. While complaining that CNN and MSNBC only cared about ratings, he fretted they were missing the bigger picture: Republicans want to ‘Kremlin-alize’ elections and ‘Doctor’ Mueller was just trying to save the country.

Colbert played soundbites from various media analysts, Fox News, CNN’s Brian Stelter and MSNBC’s Rachel Maddow criticizing Mueller’s performance before the committee, and its low viewership. The liberal host pressed his liberal brethren on television to worry about “democracy” not ratings: “This is a critical moment in our democracy, so of course our faithful journalists are focused on what really matters: Amass ratings, baby!” adding “We can't determine the value of Mueller's testimony by ratings! If that were the case, Avengers: Endgame would be president.”

Colbert ignored the fact that maybe low ratings were indicative of the public not being on the same page as the Mueller-obsessed media. King of hyperbole, he fetted that America was ignoring warnings from our “doctor,” Mueller, who had told us we “have a terminal illness”:

Here's the thing -- Robert Mueller didn't come to Congress to entertain us. He's like a doctor, reminding us that the tests have come back positive and our country has a terminal illness, and we're like "Yeah, you told us in writing like three months ago, yada yada yada...I think we should have an investigation into how you even found out I had a 'tubler'.

The host shifted his attacks from the media to Republicans in Congress, warning his viewers they wanted Russia to influence our elections:

One thing that everyone agrees Mueller was passionate about is that the Russians did hack our election, and they're going to do it again if we don't do something about it quick!

So immediately after the hearings, Senate Republicans blocked two election security bills and a cyber-security measure. What? (boos) What are you doing?! That's like if robbers knocked your door down and ransacked your house, so your response is, ‘I've learned my lesson. Next time: No doors!’

Republicans decided to block a law that would force campaigns to alert the F.B.I. and the federal election commission about foreign offers of assistance, because they don't want to federalize elections. No, they’re going to stick to Kremlinalizing them.