'View' Blames Trump for Democrat Scandals: Like ‘Ebola’ His ‘‘Fascism’ Is ‘Catching’ 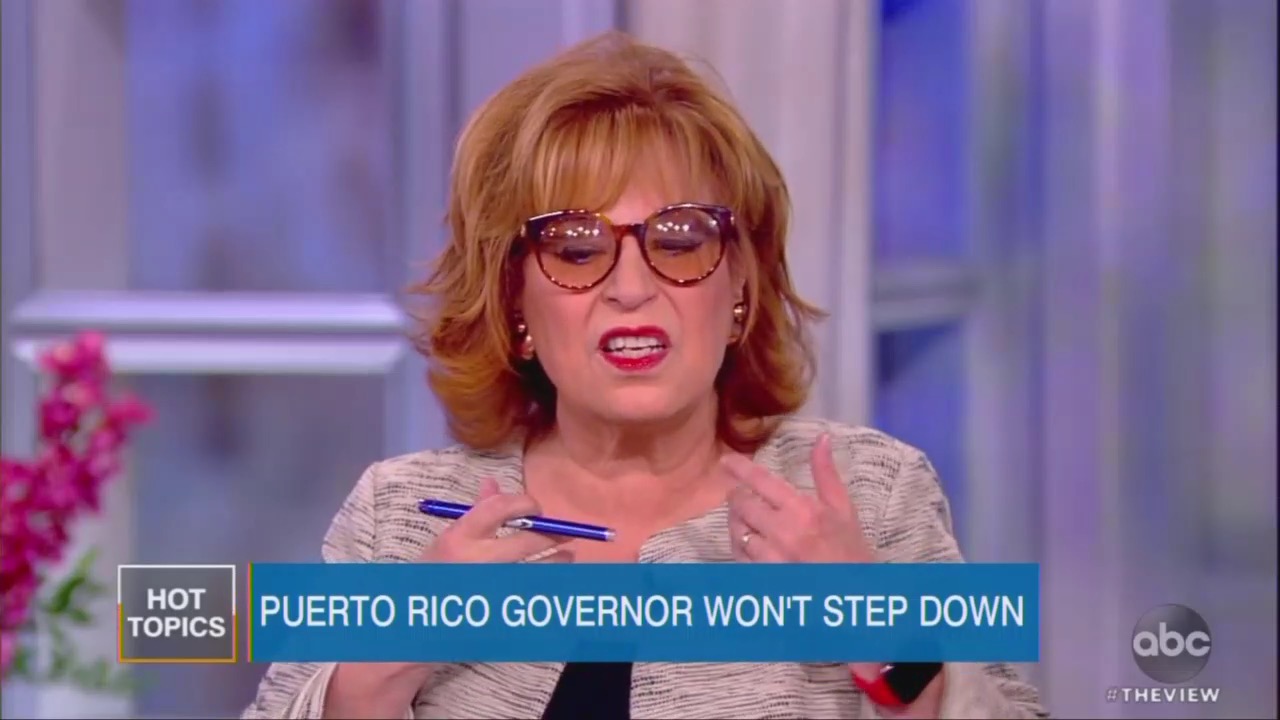 ‘View’ co-hosts Joy Behar and Ana Navarro laid blame for protests over Puerto Rico’s Democrat leadership squarely on President Trump on Friday’s show. Behar even claimed Trump was responsible for fascism spreading across the globe, comparing him to a deadly virus. Navarro also made excuses for the media's habit of ignoring Democrat scandals, saying that was a result of the “Trump effect.”

Behar got straight to the point, accusing embattled Puerto Rican Democrat governor Ricardo Rosselló, of being inspired by Trump:

“So protests are growing for Puerto Rican governor Ricardo Rosselló to step down after sexist and homophobic texts leaked out, but he says he's not going anywhere. Is this a page out of Trump's playbook? You know Trump is, like, the ebola virus at this point!

As the other hosts murmured their approval, Behar kept ranting that Trump had allowed fascism to spread across the world:

“It's in Hungary. Even Italy has a fascist running the place now. It's all over the place. It's so depressing and he just -- he oozes this bad stuff, and I think it’s very catching!” she rambled.

Friday co-host Ana Navarro claimed that Trump, not the media, was responsible for Democrat scandals getting swept under the rug:

NAVARRO: [T]here is now a Trump effect because we have seen things done by Democrats and Republicans. Like for example in Virginia, Governor Northam. Things that before would have led a normal politician to resign immediately. What Rosselló has just done would cause him to resign immediately out of shame. People had affairs before, and it was found out, you resigned immediately out of shame. Donald Trump's playbook is you let this blow over.

BEHAR: It will distract.

NAVARRO: It will go crazy with something else, and you will ride it out, and that's what I think we are seeing in Puerto Rico.

Notice Navarro only could cite Democrat politician’s scandals going unnoticed by the media, (because she’d be hard-pressed to find a Republican scandal ignored by the media).

She added that she was fearful for the rest of the year to see what Trump would do or say.

“A year before the elections, and here's the part that really worries me. This is going to get worse,” Navarro fretted.

That provoked an unhinged Behar who ranted that Trump was a “desperate dog” and “trapped rat:”

“It is going to get worse because he's a desperate dog now. He's a trapped rat! You never know what he's going to do! He is a trapped rat. We'll be right back. We're exhausted,” Behar gushed.