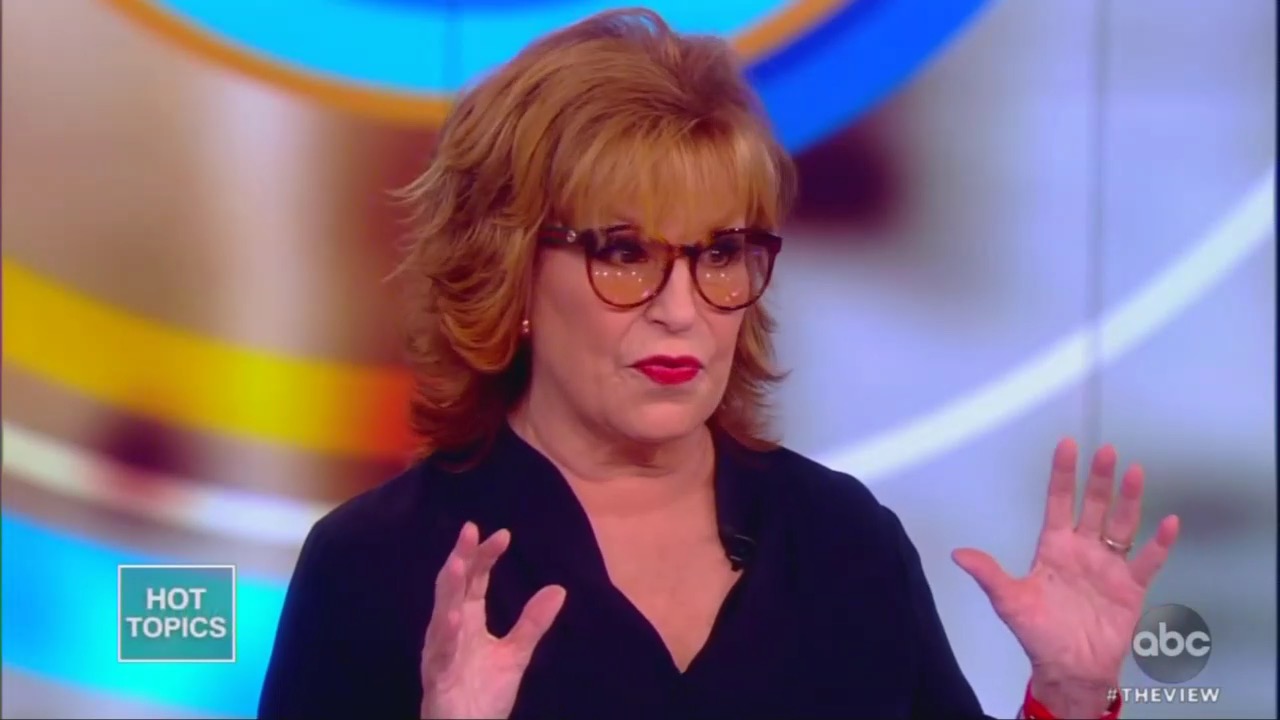 Unfocused rage filled the hosts of The View Wednesday, as they accused President Trump of everything from “squelching” patriotic “dissent” from Ilhan Omar, to being a part of Jeffrey Epstein’s child rape scheme, to killing the planet with insecticides.

After playing the press conference yesterday where freshman Democrat representatives Rashida Tlaib, Ilhan Omar, Alexandria Ocasio-Cortez and Ayanna Pressley sounded off on Trump, even calling for his impeachment over tweets, co-host Sunny Hostin gushed her approval.

“I heard four patriots!” she exclaimed. Hostin went on to defend these Democrats for bashing America constantly or as she put it, “dissenting,” saying the real villains were conservatives who wanted to squash that “dissent:”

[W]hat this president is doing is he is trying to squelch dissent. He is most upset about the fact that these four freshmen congresswomen are willing to say ‘I am an American, I did not believe that this country always gets it right, and I do not believe that it is living up all the time to the very promise of America which is life, liberty and justice for everyone regardless of race, regardless of creed.’ And he doesn't like that dissent and to be able to dissent is what America about.

There for the reliably Trump-deranged take, co-host Joy Behar argued Trump was going to jail for either Russian collusion, or his association with Jeffrey Epstein, suggesting he was also a child predator and sex trafficker:

I would like to talk about the fact that he is running very scared right now. Because look at what's going on really. Mueller is going to come out next week and talk. Barr and Trump do not know what Mueller is going to say. They don't really know so they’re scared. He's scared about this Epstein case which could be a real bag of worms in there. There are photographs of him with this guy Epstein. We're talking about child molestation, child rape. Acosta just had to resign in disgrace. This E. Jean Carroll is threatening to open the investigation … If he doesn't win in 2020 he will be indicted and possibly go to jail. He is like a cornered rat.

Behar ended that rant slamming Trump as “stupid,” and asked why the First Lady wasn’t being asked to go back to her home country.

As if this whole segment wasn’t absurd enough, co-host Whoopi Goldberg ended it by complaining about insecticides approved by Trump that were killing bees and destroying the planet.

Behar cracked, “And get a swarm down to Mar-a-Lago and bite his orange fat ass!”