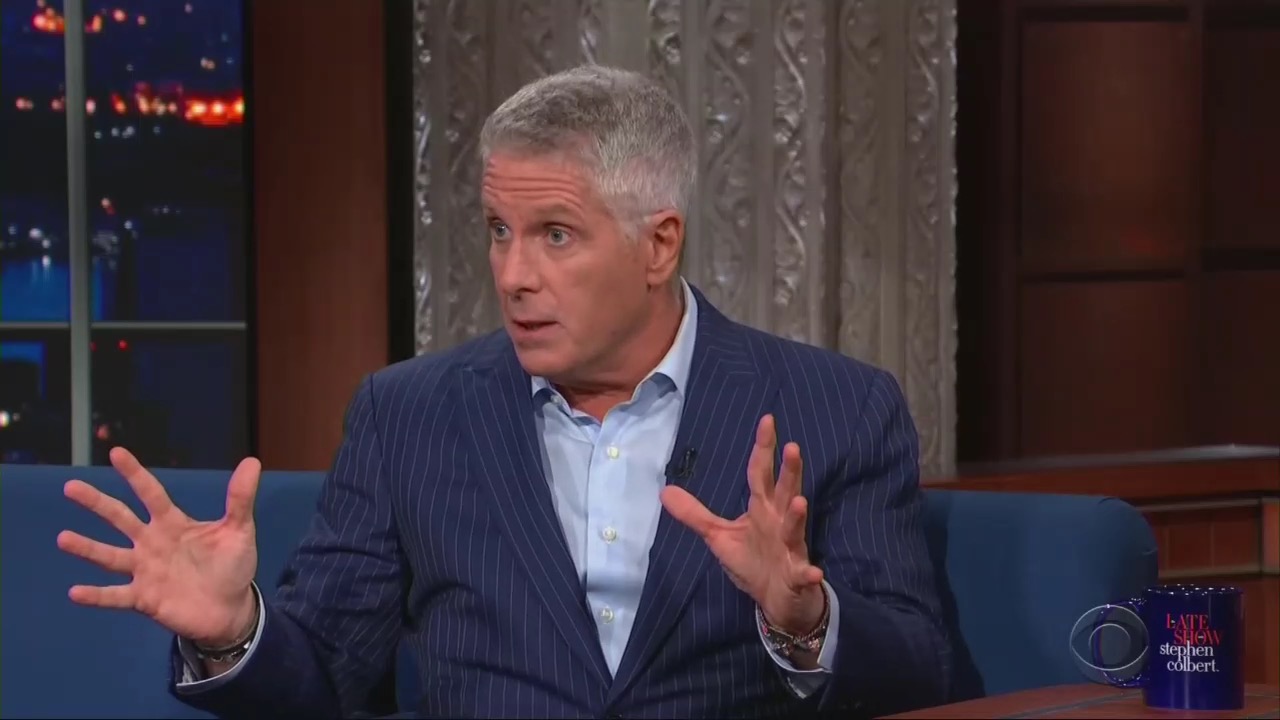 Perhaps trying to rival Stephen Colbert for most Trump-deranged evening television host, MSNBC pundit and host Donny Deutsch went off the deep end while guest on Colbert’s The Late Show Tuesday, over President Trump’s tweets against four Democrat congresswomen. Deutsch accused any American who voted for President Trump again in 2020 of accepting white racism, and claimed that we were living in “the most frightening time this country has ever faced.”

Talking about 2020 polls, Deutsch warned Colbert's liberal audience to be “very frightened” because “dictator” Trump was going to take away our democracy:

[Looking at polls] right now, Donald Trump would win [in 2020]. I want people to be very frightened. Because if Donald Trump wins again, our democracy is really in play. Is it okay if I depress your audience like this? We're in serious trouble here. If you look at what dictators do throughout history, they come in, create an other, and he did that, he does that every day and did that in stunning fashion yesterday, they get enough rich people to look the other way, they discredit the press...

Deutsch then turned his hyperbolic rage onto anyone who voted for President Trump going forward as being “no better” than staying silent while witnessing a “white nationalist” bully a “person of color”:

We’re at the point now, when you look at what he did yesterday as racist, if you look the other way, you're no better than the guy on a subway, in a white nationalist was screaming at a person of color and say go back to your country, if you put your head down and didn't say anything, that's what voting for Donald Trump is like now.

He went on to fearmonger again that Trump had all the hallmarks of a dictator and this was the “most frightening time this country has ever faced” so liberals better get out and vote him out:

What I started to say is we need to be frightened. Dictators show us what they're going to do, they tell us and basically, as I said, you destroy the press, you get the justice department in your pocket, you start acting above the law, you say you will put your political opponents in jail, you say you think you should stay longer than the eight years. We should be very frightened. Everybody says it can't happen here. This is, I think, the most frightening time this country has ever faced. There's a lot at stake and, once again guys, there's only one solution and that's to get out and vote. It's not going be Mueller, it's not going to be impeachment. You got to get out and vote this guy out of office!

Deutsch performs a similar role on MSNBC as Ana Navarro on CNN; complete and utter meltdown over anything Trump says or does. But his Chicken Little antics are welcomed by the Trump-obsessed liberal media.