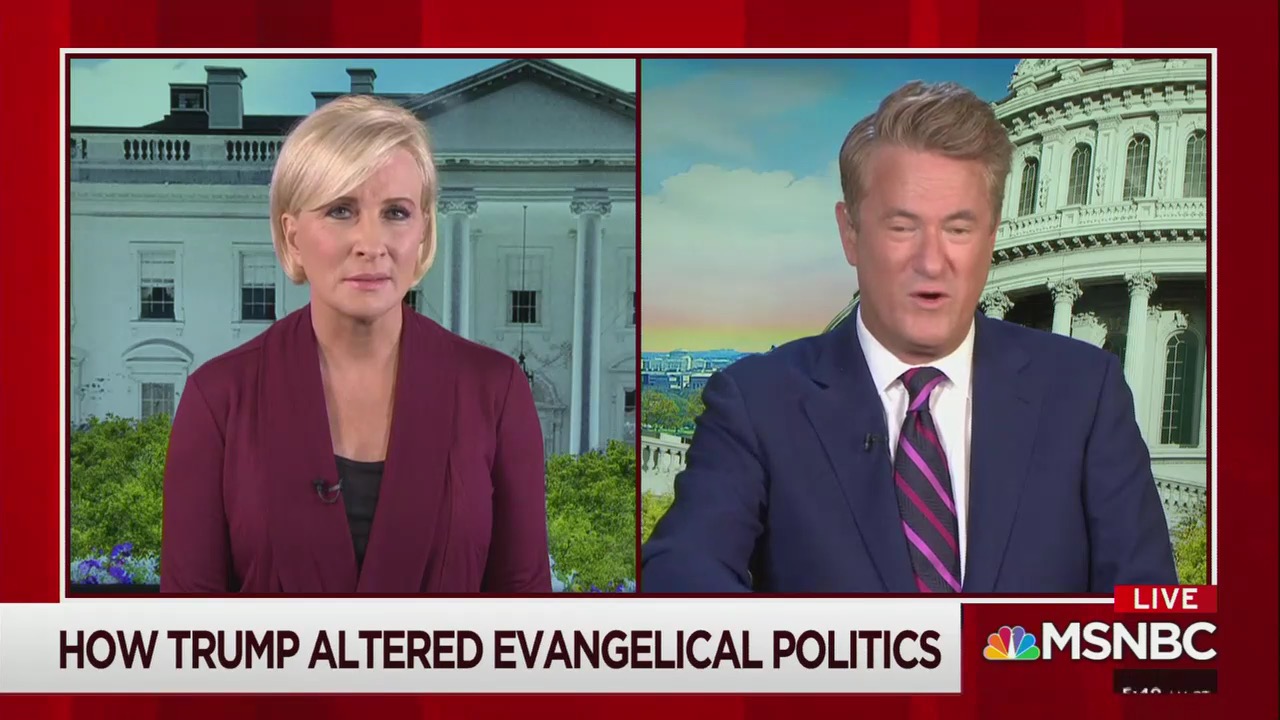 On Morning Joe Wednesday, holier-than-thou co-host Joe Scarborough lectured white evangelicals who supported Trump as disobeying Jesus Christ’s commands to feed the hungry and take care of the poor. The segment was spurred by a Pew Research Center poll that showed only 25% of white evangelicals believed the U.S. had a “responsibility” to accept refugees into the country.

Scarborough first referenced an Atlantic article by Peter Wehner and claimed Christians had abandoned their charity work for Trump:

What’s so fascinating, as Pete Wehner points out, we're talking about the core of Jesus's message, whether you're a believer or not, you read the gospels and the core of it is in Matthew 25 where Jesus says if you want to know whether you're going to go to heaven or not, it's whether you help the poor, whether you help the hungry, I mean, that's the core of the message. You can look at the story, the Good Samaritan, things that white evangelicals have been taught their entire lives, and things that they actually were doing when I went over to Hurricane Katrina, I saw a lot of evangelical organizations, before the government was doing their job properly. They were there helping. This is a pretty radical departure.

“It shows the danger of when you have a faith, when you have Christianity collide with politics,” guest Jim VandeHei responded. (Would he say the same about Democrat Christians?)

Co-host Willie Geist tried to give evangelicals some credit. He pointed out that there were many evangelical churches doing “incredible work” at the border and have for many years.

That didn’t stop Scarborough for going off again, calling conservative Christians “obsessed” with judges over children:

He concluded by complaining to his co-host and wife Mika Brzezinski that white evangelicals were “shameful” for not being politically liberal:

You know and that should be shameful, Mika to those evangelicals saying they don't have the responsibility to give a cup of water in Jesus's name. All the things, again that you can read in Matthew, Mark, Luke and John, all the things they supposedly were taught their entire life they are now throwing to the side because of the appointment of federal judges. It's that simple, it's that simple.