Monday morning all three networks covered the arrest of billionaire, convicted sex offender Jeffrey Epstein, who also happened to be a major Democrat donor, for new charges of sex trafficking. However, ABC was the only network to omit Epstein’s highly controversial connection to former President Bill Clinton. 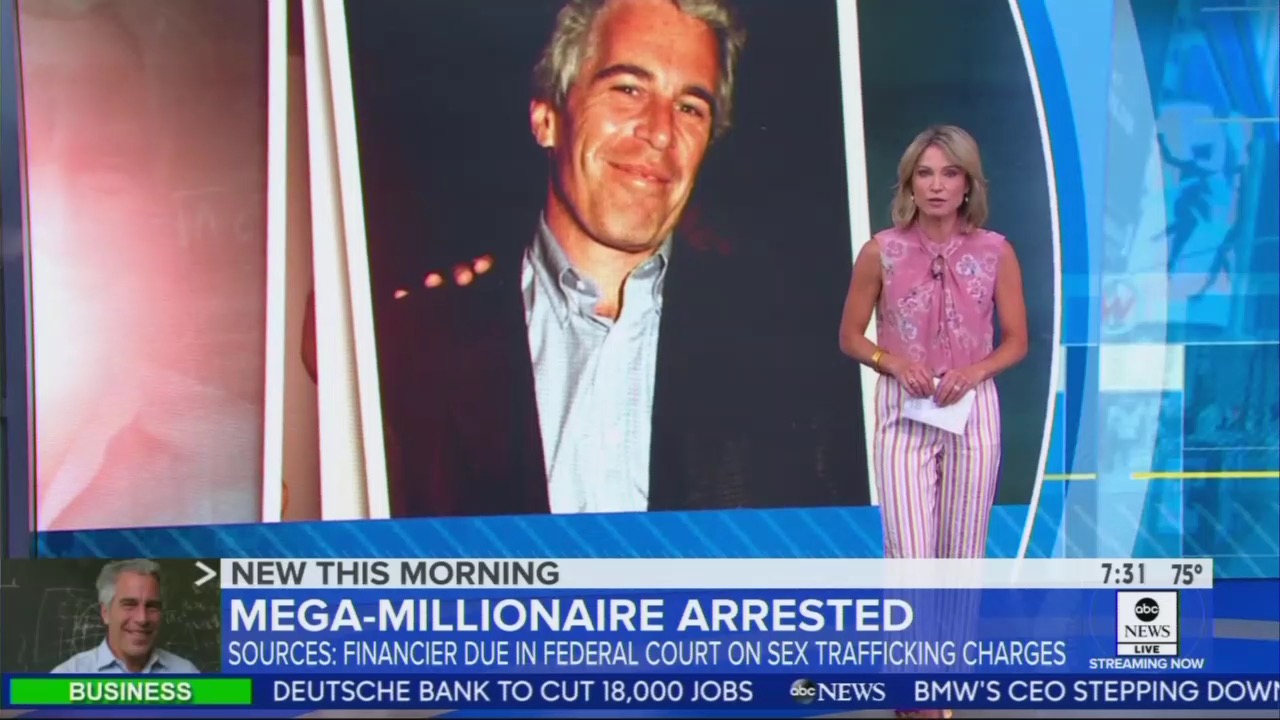 The closest ABC’s Amy Robach got to mentioning Clinton in her report was this line: “The 66-year-old money manager who has been associated with some of the world's most powerful people including former presidents and movie stars...”

However not even an image on screen of Clinton accompanied this line, leaving uninformed viewers to speculate which President she was referring to.

According to Fox News, Clinton was a frequent flier on Epstein’s private jet full of underage girls:

CBS and NBC, on the other hand, tried to connect Epstein to Trump. While NBC's Stephanie Gosk gave a passing mention to both Clinton and Trump (without any mention of the "Lolita Express"), CBS This Morning's Mola Lenghi spent more time on both Trump and Clinton, while emphasizing comments Trump made praising Epstein in 2002:

Epstein has had several high-profile friendships in the past. Bill Clinton reportedly rode on his jet more than a dozen times in the early 2000s. In a 2002 interview, then private citizen Donald Trump called Epstein 'a terrific guy' and 'it's even said he likes beautiful women as much as I do, and many of them, are on the younger side.'

However, Lenghi didn’t mention that after Epstein had been convicted of assaulting an underage girl, Trump had barred him from Mar-a-Lago.

All three networks didn’t mention either that Epstein was a major donor to Democrats for years, a fact that most certainly would’ve made the cut had he donated to Republicans.