Trump-deranged celebrities couldn’t take their #Resistance hats off for even one day, taking to Twitter to complain about President Trump’s Independence Day speech and show on the National Mall, Thursday. Below are some of the more pathetic whine-fests from some of the most privileged members of our society: 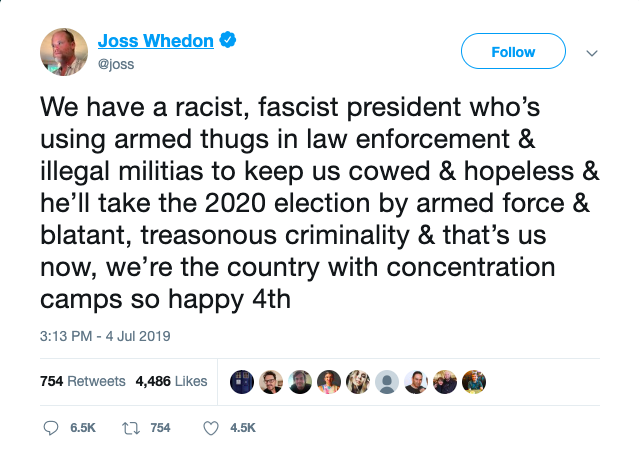 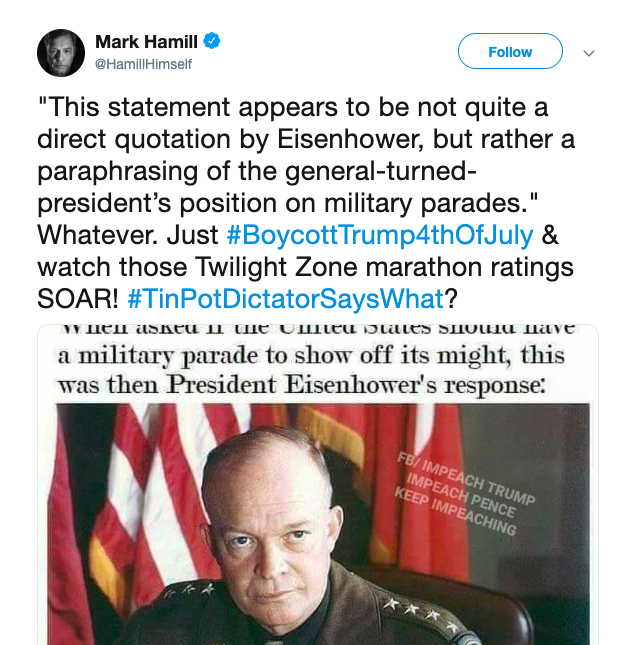 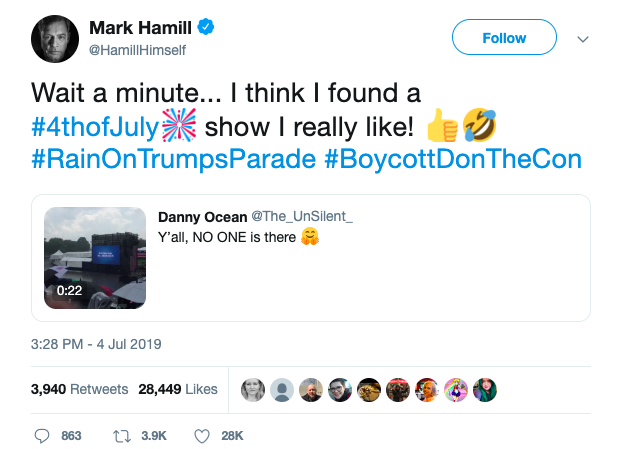 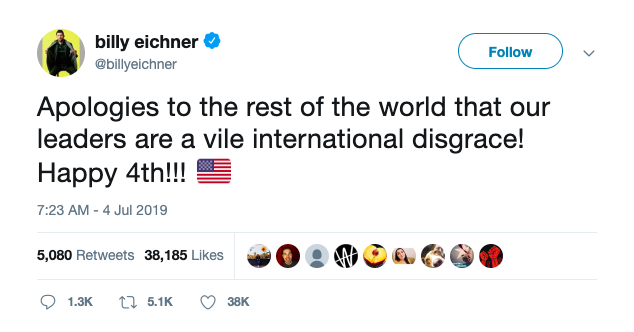 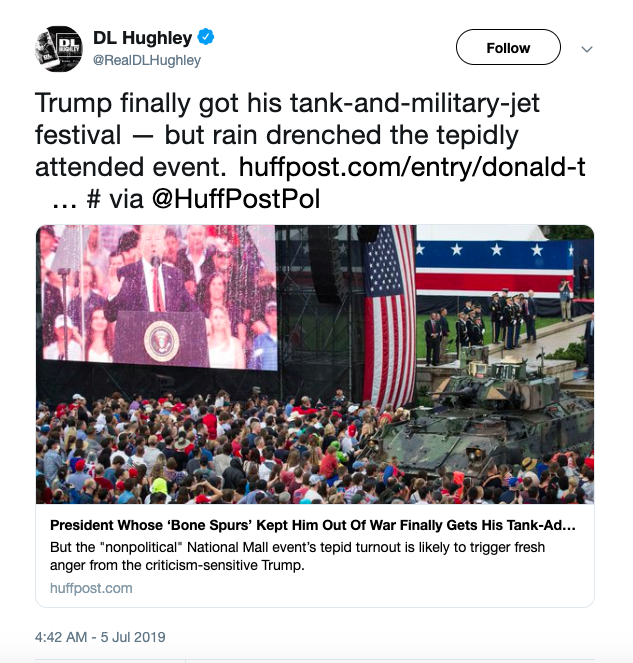 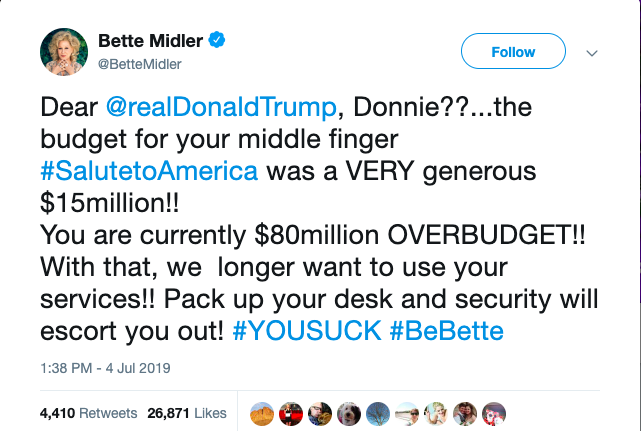 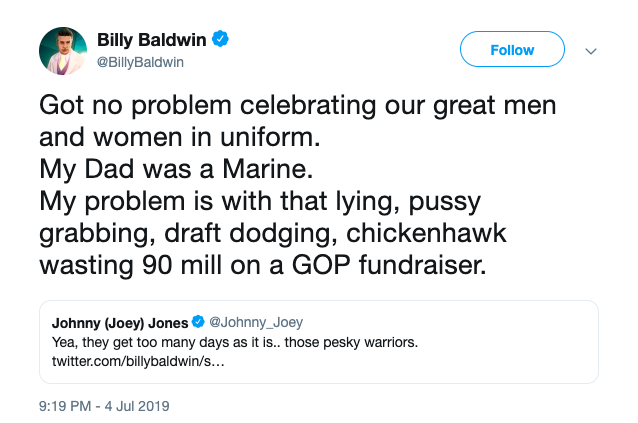 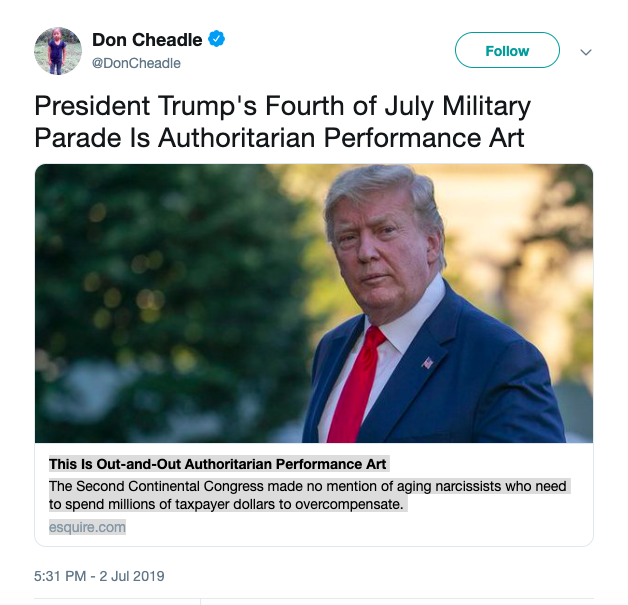 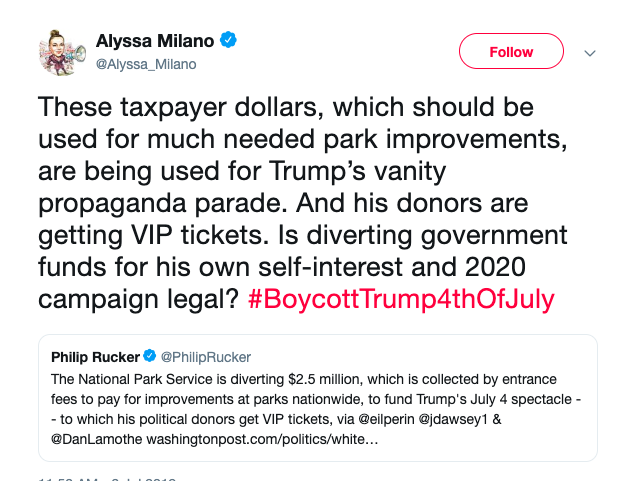 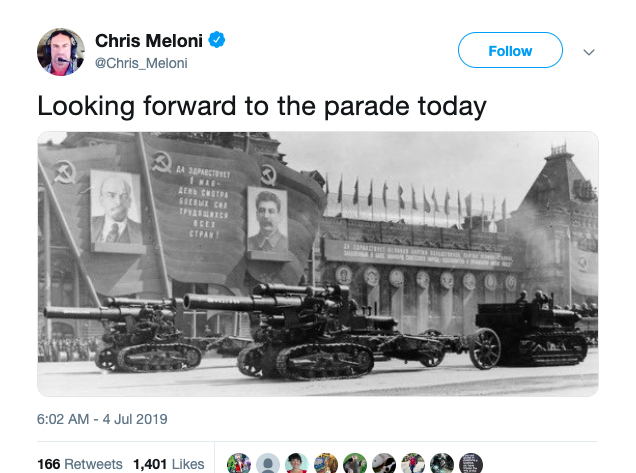 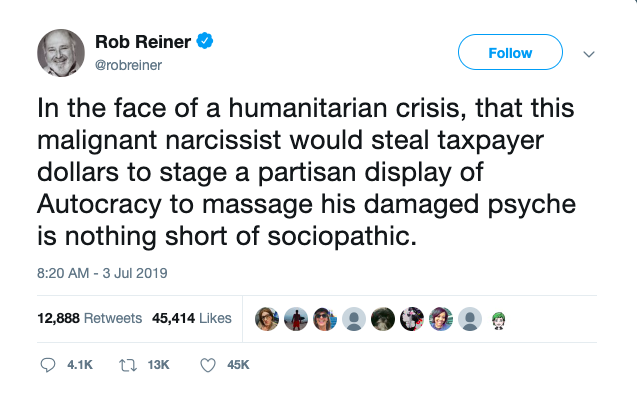 Maybe the journalists and celebrities suddenly concerned about government waste should get some perspective: