Whoopi: Trump Trying to Criminalize Homosexuality, Like in Iran 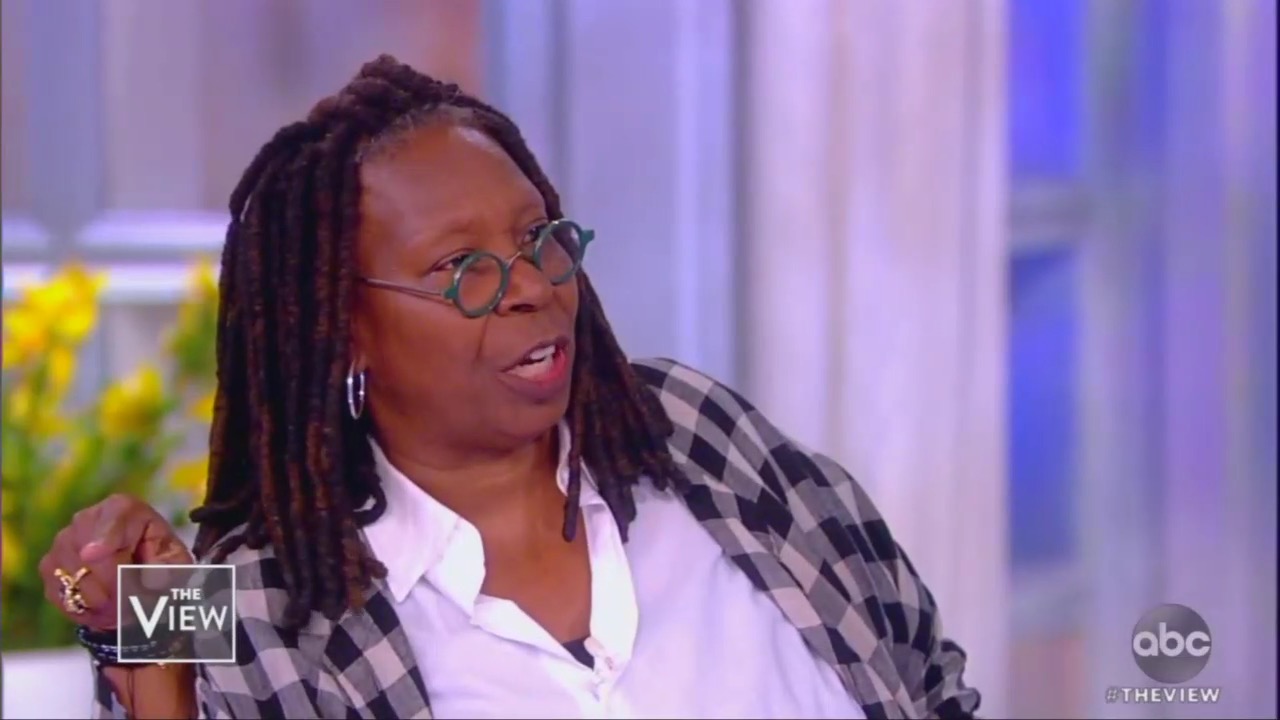 After spending the beginning of the segment, siding with Iran for shooting down one of our drones, Whoopi and Behar laughed at Sunny Hostin for saying she didn’t think it was appropriate for them to cheer on the Iranian president for calling our president mentally ill.

“I'm not a fan of this president, but I also think it is so inappropriate that the Iranian president is saying that the United States president is suffering from mental illness or mental disability,” Hostin stated.

“Why? We say it a lot!” Behar laughed. Whoopi agreed, “Everybody has said that!” she said with a puzzled expression.

“I just think that he's a foreign leader, and I don't think we should cheer the fact that a foreign government is talking about our president in that way,” Hostin defended her remarks.

Meghan McCain jumped in to condemn Iran for it’s fundamentalist regime that persecutes gays and women:

“I totally agree with her, and because when you are the leader of a country that throws gay people off of roofs for being gay, and stone women in the street for wearing tank tops, how dare you judge what we do in our country?” she said to applause from the audience. That’s when Whoopi tried to rein in the patriotism and argue the U.S. was nearly as bad as Iran:

“Let us not forget what's happening to gay people in this country,” Whoopi lectured.

McCain pointed out the obvious. “But they're not killed,” she responded. “It's not illegal to be gay here,” she said among the cross-talk.

At that Whoopi pulled a Joy Behar and gushed, “Not yet! Not yet! You think this is not, you know, something that's been thrown around? Yeah, it is, but that's not my point,” she made the outrageous remark and tried to change the topic to avoid having to back it up. After McCain objected, Whoopi claimed McCain was just ignorant to the real gay persecution happening in this country:

MCCAIN: I have never heard it thrown around to be illegal to be gay in the United States of America

WHOOPI: You should read more of the stuff that’s in newspapers so you can see what people are doing!

After the break, Whoopi conceded that the U.S. was not Iran currently but would soon be there if we were not “vigilant” against the Trump administration.

Whoopi sounded a little like her former co-host Rosie O’Donnell in this clip, who earlier this week claimed the U.S. had hundreds of thousands of “concentration camps.” Maybe it’s a requirement to believe and spread crazy conspiracy theories to be a host on The View?