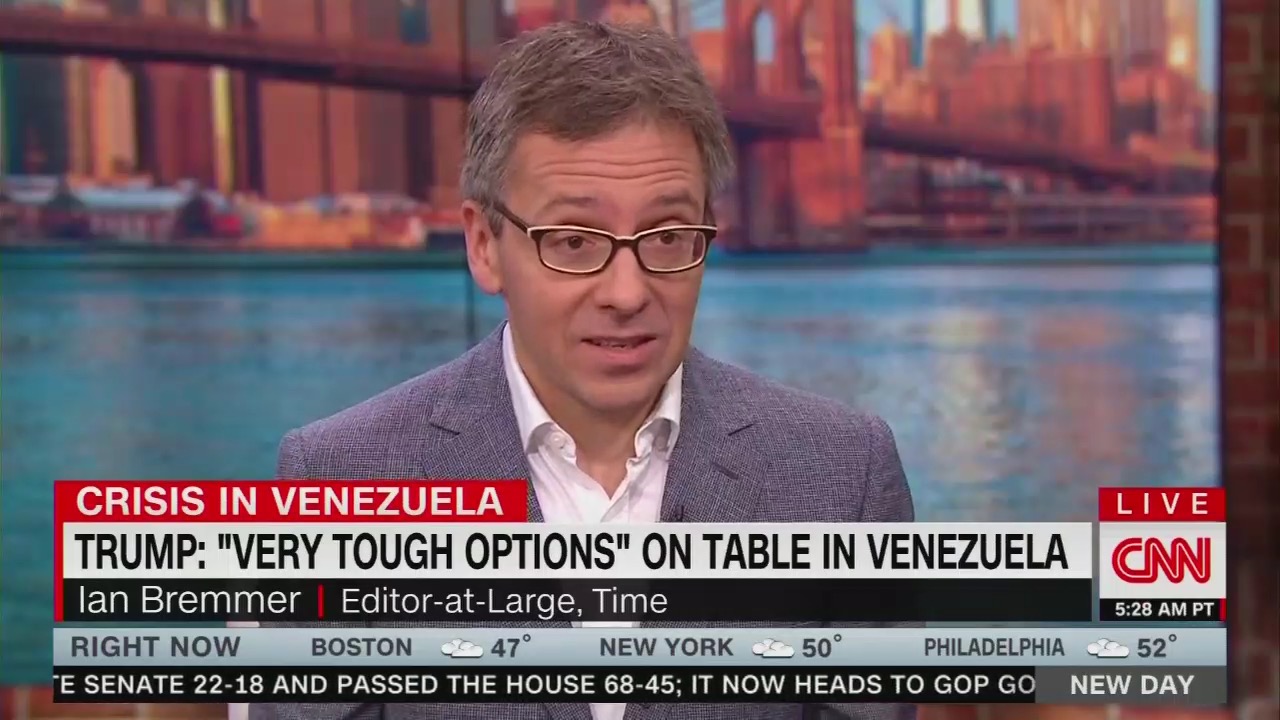 On Sunday, foreign affairs columnist and editor for Time magazine Ian Bremmer, thought it would be clever to tweet an outrageous, and completely fake, “quote” from President Trump praising North Korean dictator Kim Jong Un, to see what happened. The quote spread like wildfire on Twitter and Bremmer achieved his goal of duping a lot of people on both sides of the aisle, before he was called out and deleted the tweets.

Sunday morning, Bremmer tried to one up Trump, sending out a tweet that read, “President Trump in Tokyo: ‘Kim Jong Un is smarter and would make a better President than Sleepy Joe Biden.'” 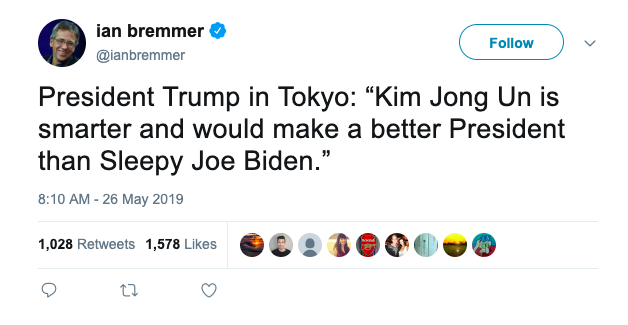 Bremmer’s fake quote racked up over a thousand retweets from left-wing journalists like CNN’s Ana Navarro and Democrat politicians like Ted Lieu who promoted the quote to their even larger audiences of followers.

A few hours after Bremmer tweeted, he was called out by one user who was skeptical about its authenticity. In since deleted tweets, Bremmer justified the quote as “plausible,” adding it was, “a comment on the state of media and the twitterverse today:”

UPDATE: @ianbremmer has now admitted that he fabricated this viral Trump quote. And yet it is being shared by journalists and congressmen as if it is real. pic.twitter.com/QgNd9DnN8g

“This is objectively a completely ludicrous quote. And yet kinda plausible. Especially on twitter, where people automatically support whatever political position they have. That’s the point.”

Just hours before, the journalist had slammed the Nancy Pelosi video compilation Trump tweeted as “doctored” demanding it be taken down.

So a selective compilation of Pelosi’s stumbles is dangerous and misleading, but spreading a completely fake quote from the President is harmless “commentary?” Don't expect this lie to get nearly the amount of coverage the "doctored" Pelosi video received from the media.