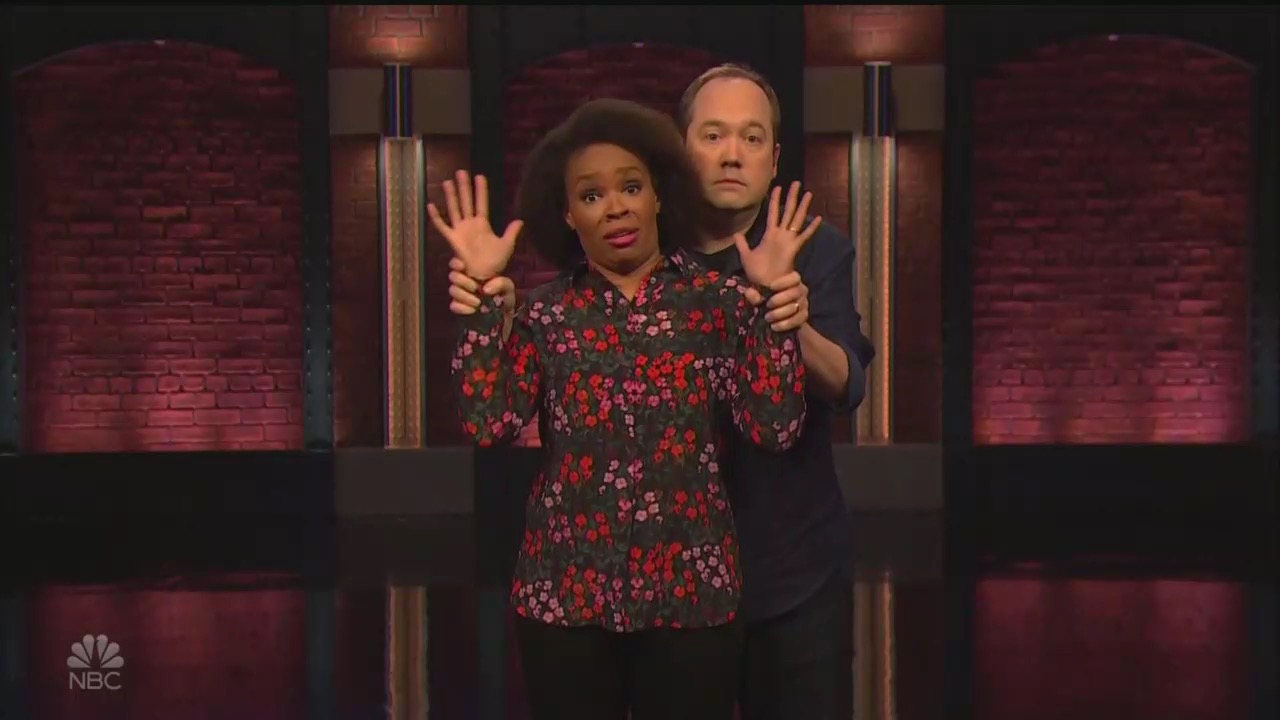 The media’s meltdown over Alabama’s abortion ban continued into late night comedy, Wednesday. In his opening monologue, Late Night host Seth Meyers’ female writers performed a groan-worthy comedic sketch that had them being controlled like puppets by men, all the while giving melodramatic, pro-abortion rants.

As the first female writer appeared on stage with her hands being controlled by a silent man who stood behind her, Meyers asked her what was going on.

“Well, I no longer have control over my own body that's what's going on I want to talk about abortion. But I have to do it like this!” she gushed. As Meyers reminded her she didn’t live in Alabama, she warned this was going to happen everywhere. Really, even in New York where they just passed one of the most extreme pro-abortion laws in the country?

The first female writer continued hyperventilating: “Alabama's new law makes it almost impossible for a woman to get an abortion. You can't get one. You can't get one. No one can get an abortion!” she said, making motions to the crowd jokingly like Oprah Winfrey giving away free stuff. Meyers reminded his audience that although they were being funny, this was “really serious.”

“I know! And Republicans designed the bill to be challenged in courts so that they can try to overturn Roe versus Wade. It's a scary time to be a woman. I'm scared!” the writer gushed dramatically.

Meyers acknowledged her worry, turning to another female writer who went off about how Republican pro-lifers don’t really care about women or children:

FEMALE WRITER #2: If Alabama is going to force women to have babies, are they going to help them take care of them?

FEMALE WRITER #1: No! Alabama has no paid family leave laws

The dramatics continued with Meyers asking the overwrought question, “So what does it feel like to be a woman in America right now?”

Another female writer appeared laying on the floor with her head down as if she was being stepped on, to give the most melodramatic rant yet.

I can tell you what it feels like. It feels like you're not even a person. You have been stripped of your humanity, that you are not valued by the men who were elected to serve you. And it makes me wonder where you'll get the strength to fight the battles that need fighting.

Commending her “powerful” statement, Meyers didn’t even pretend he was doing comedy anymore, turning straight into advocacy. He asked what he could do to help them “fight anti-choice laws.” The female writers cheered, “Elect women!” as the audience applauded.

Which was the ONLY funny thing about this whole skit, since it was a woman governor who signed Alabama’s abortion bill into law.