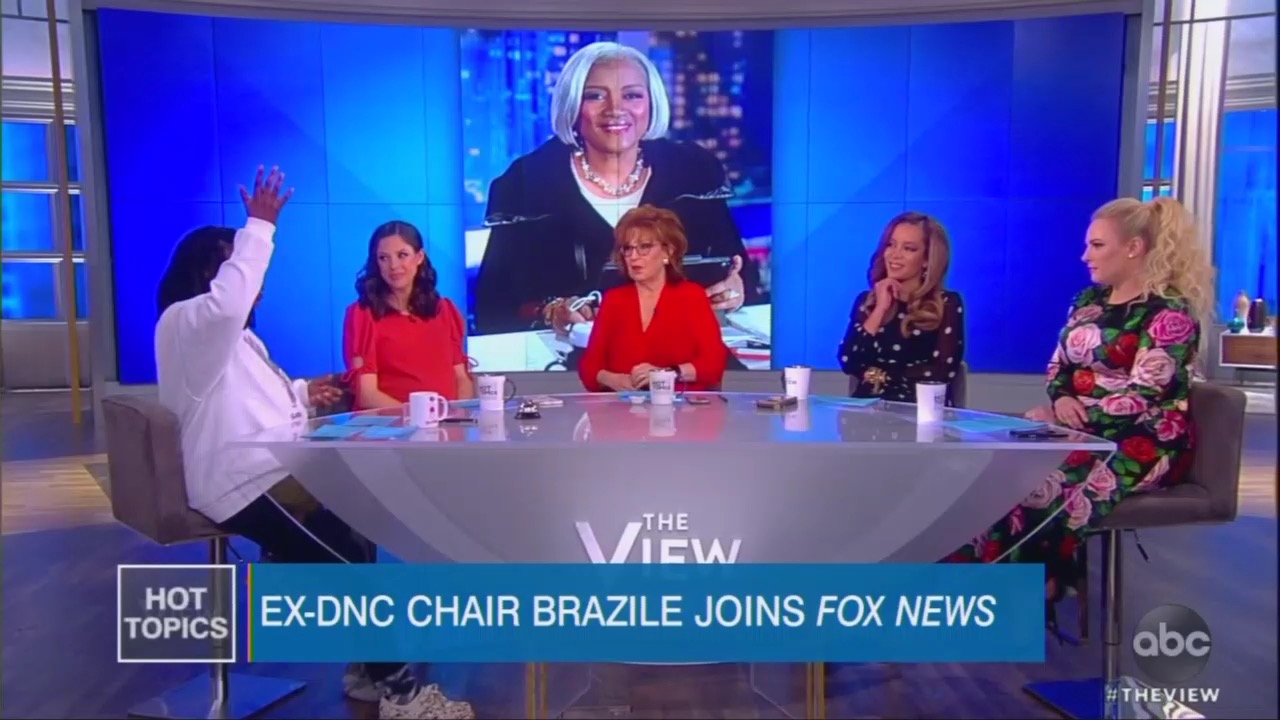 The co-hosts of The View unanimously praised former DNC Chair Donna Brazile for joining Fox News Channel’s lineup as a regular contributor, on Tuesday’s show. They praised the decision as good for independents to get a liberal voice from the network, and Whoopi Goldberg even claimed that it was a sign Fox News would be returning to doing “news.”

“You know, I'm so thrilled that this has happened,” co-host Whoopi Goldberg immediately reacted after the break, pointing out that ABC News had hired Chris Christie as a contributor. “This might be the first indication that we're actually going back to news,” she gushed. (Because they didn't do news, before?)

Co-host Joy Behar wondered if the move was just to garner favor with liberals. “Someone just pointed out to me that, Fox is not allowed to host the primaries. The Democratic primary. So maybe this is their way of getting back into the good graces of the Democrats,” she suggested.

Fellow co-host Abby Huntsman congratulated Brazile and FNC, saying Brazile would get pushback from Fox News’s audience but the channel also deserved “kudos” for hiring her even though she had criticized the network “a lot” over the years.

Co-host Sunny Hostin complimented Brazile as having a “wonderful sense of humor,” saying that she’d handle the transition well. She also praised the move as an opportunity for independents to hear more of the Democrats' viewpoints.

While co-host Meghan McCain joked that she identified with Brazile going to work in a “hostile environment” every day, alluding to The View audience, before adding, “If you can win over people who disagree with you, that, for political analysis is key.”

Wrapping up, Whoopi added, “Better than winning them over, just showing them that you are a person,” she said to audience applause.

While The View praised Fox News for hiring a Democratic operative, to be less partisan and reach non-conservative audiences, they didn’t have any nice things to say when CNN hired a former Republican operative recently, and the left-wing media went berserk over it. CNN journalists even allegedly complained about it, even though they had no problem with their network hiring Democrat operatives, of which they have plenty on staff. It seems “reaching across the aisle” only goes one way, to the left.