MSNBC Claims Skeptics of Green Deal 'Don't Understand Math,' Are Like Those Who Believe 'Aliens Live Among Us' 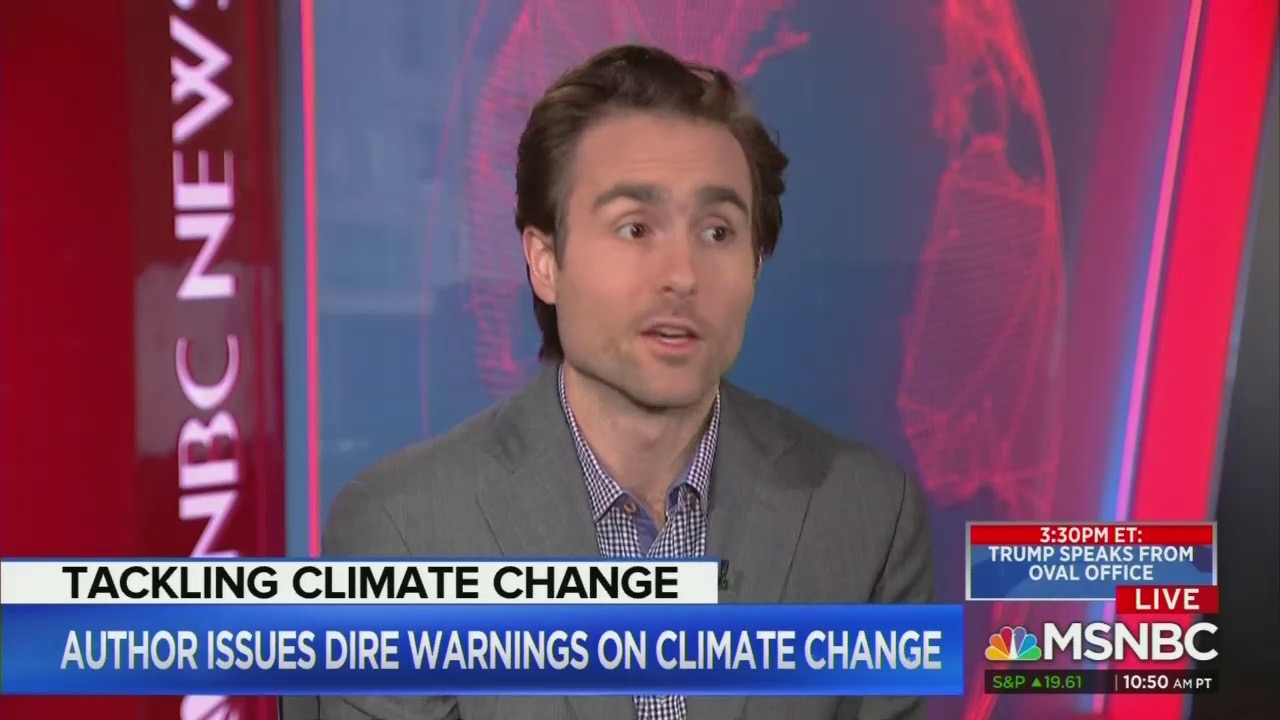 MSNBC hosts Ali Velshi and Stephanie Ruhle devoted the end of their 1pm EST hour Friday to hyping a climate change alarmist book, The Uninhabitable Earth, by New York magazine’s deputy editor David Wallace-Wells. As the hosts complained about Americans who weren’t on board with the climate change agenda, Wallace-Wells assured them that “deniers” were as easy to dismiss as kooky people who believed aliens had invaded Earth.

Stephanie Ruhle started the segment by talking up the Green New Deal as the first kind of climate change policy in ten years, explaining some of the broader lofty goals like using 100% “clean” energy, upgrading every building to maximum energy efficiency and cutting global emissions by 60%. Her co-host Ali Velshi applauded the deal as completely reasonable:

He then snuck in a smear at climate change skeptics as too stupid to understand the “math” behind the Green Deal:

If you don't like what the Green New Deal is, what it costs, or you don't understand the math on it, that's all good. Propose something else, debate it, do whatever you have to do, but don't deny the fact that those goals are goals we should share.

“Under Donald Trump we have withdrawn from even stating that those are shared ambitions!” he complained. Ruhle added that Trump was fear-mongering about what activists wanted.

“Yes, and he's telling you you're not going to have a cow or be able to eat ice cream going forward,” she gushed.

Wallace-Wells then actually claimed that the ludicrous admission on the policy’s original rollout page that Dems wanted to get rid of farting cows, was just a “joke:”

Well there is nothing in the bill that mentions those things at the moment. There is some back story about an FAQ that was probably written too early or published to early that was written too jokingly that hit some of those points. But the main, the main features of that bill are that we need to do exactly what the U.N. says we need to do, cut emissions 45% by 2030.

Shifting direction, he applauded the child climate change activists skipping school today to “strike,” saying there was no room for critiquing their viewpoints.“It's hard to argue about the moral clarity of their vision,” he praised.

Velshi then invited Wallace-Wells to make a dig at skeptics as easy to dismiss as conspiracy theorists who believe aliens are living among us:

MSNBC’s Katy Tur also touted this book in February, gushing that we “needed to scare people” on the issue of climate change.