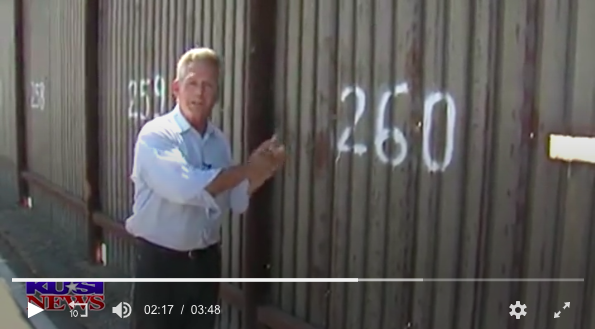 The clearest sign of the liberal media’s bias comes when they purposefully choose to exclude information that doesn’t affirm their agenda. That apparently happened yet again this week, after CNN scrapped an interview with a border city's news station, after they had reported that the wall was effective at deterring illegal immigration. After this story received attention, CNN put out a statement Friday denying that there was any anything nefarious about what they did.

KUSI News in San Diego, California, shared last night on their evening news and on Twitter, that the major network had requested a segment with one of their reporters for a local perspective on the effectiveness of the border wall. However, the network quickly retreated from that request after, the station believes CNN discovered his past reports showing a barrier actually works.

KUSI tweeted out their news report calling out CNN ghosting them as a “sign of the times:”

Thursday morning, @CNN called the KUSI Newsroom asking if a reporter could give them a local view of the debate surrounding the border wall and government shutdown. After we informed them about our past reports, they declined to hear from us.

CNN asked if KUSI would provide a reporter to offer our local view of the debate, specially to learn if the wall works in San Diego. KUSI offered our own Dan Plante, who has reported many times that the wall is not an issue here, in fact, many officials believe it is effective...Knowing this, CNN declined to have us on their programs, which often present the wall as not required in other places, like the stretch in Texas that the president visited earlier today. They didn’t like what they heard from us.

We believe CNN declined a report from KUSI because we informed them that most Border Patrol Agents we have spoken to told us the barrier does in fact work. We have continuously been told by Border Patrol Agents that the barrier along the Southern border helps prevent illegal entries, drugs, and weapons from entering the United States, and the numbers prove it.

When contacted by the Hill for a response, CNN claims this was a "non-story" and they routinely decline interviews that they request. Joe Concha tweeted their full statement:

2/2 CNN statement to me on KUSI (San Diego) claim: "...That happens many times every single day. We did, however, book a reporter from KUSI for a story on immigration and the border wall on CNN in November. This is a non story."

Much like the network has done with the government shutdown interviewing furloughed employees and contractors, it seems CNN is more committed to showcasing only one side of a story than they are to telling the truth.