Friday the Hot Topics table got heated on The View, as Republican co-host Meghan McCain found a partner in Abby Huntsman in combating their liberal co-hosts’ arguments on Trump's dealings with Russia. 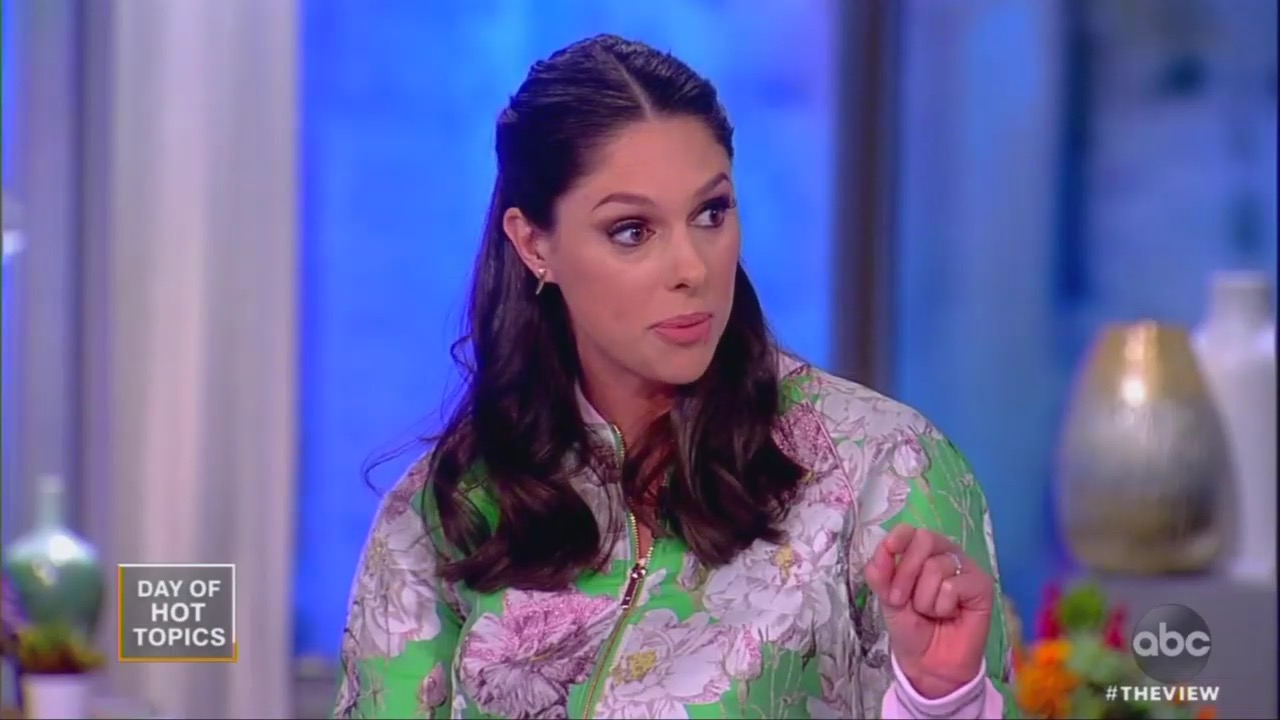 The two sparred with co-hosts Ana Navarro and Sunny Hostin, as Joy Behar mainly stayed out of the fray. The discussion started with Behar asking the table if President Trump cancelled his meeting with Vladimir Putin was just “optics” because of the Michael Cohen plea deal.

Navarro was convinced this was just about optics and Trump wanting to save face. But Huntsman actually defended Trump, saying she “couldn’t stand” when the media attacked him for things he did right:

I actually disagree with you on that, Ana. I think if you look at the substance of the policy under the Trump administration when you're dealing with Putin in Russia, you could argue that they've been tougher than any administration since the Cold War….No one gives the President credit for anything that he does right. That's what I can't stand.

But Joy Behar pushed back, saying Trump was “compromised” on Russia for dealing with Putin. Meghan McCain stepped in to point out the left’s hypocrisy on this issue.

President Obama met with Putin six months after taking office in Moscow. He said, Obama talked about ‘the extraordinary work you've done.’ President Bush said ‘I looked at the man in the eyes and found him to be very straight forward. I was able to get a sense of his soul.’….Bill Clinton talked about the congenial, easy going relationship he had with Putin.

After Sunny Hostin claimed that Trump had did nothing with Ukraine, but that Obama had imposed sanctions on Russia, Huntsman took her to task, calling out the media’s bias in not reporting his administration’s work on human rights:

HUNTSMAN: Really, Sunny? Really, Sunny? Trump has actually been tougher on Ukraine than President Obama was. The first thing he did with Russia when he got into office was arm the Ukrainians and put sanctions on Russia as it relates to the Ukraine...if you want to talk about actual diplomacy and things that are happening with Russia, that is a very different thing. I would love for this table -- not Meghan included --

HOSTIN: You really believe he cancelled the meeting because he's so concerned about the Ukraine soldiers?

HUNTSMAN: I can tell you because I talked to my dad who lives in Moscow and deals with this every single day, they were already figuring this out before he decided to cancel it. They were already making that decision.

HUNTSMAN: What drives me nuts are cable pundits that think they know everything that's going on behind closed doors on diplomacy and come out on television and give facts that are inaccurate.

As Navarro kept rambling about Russia interfering in our elections, Huntsman shouted over her, “Tell me what Obama did!”

As the discussion descended into chaos, McCain pointed out human rights violations under Obama’s watch, declaring, “Don’t tell me this isn’t politically motivated!”