MSNBC Blames ‘Sick’ ‘Scary’ Hyde-Smith for Noose Stunt; Voting for Her is Voting for Lynching 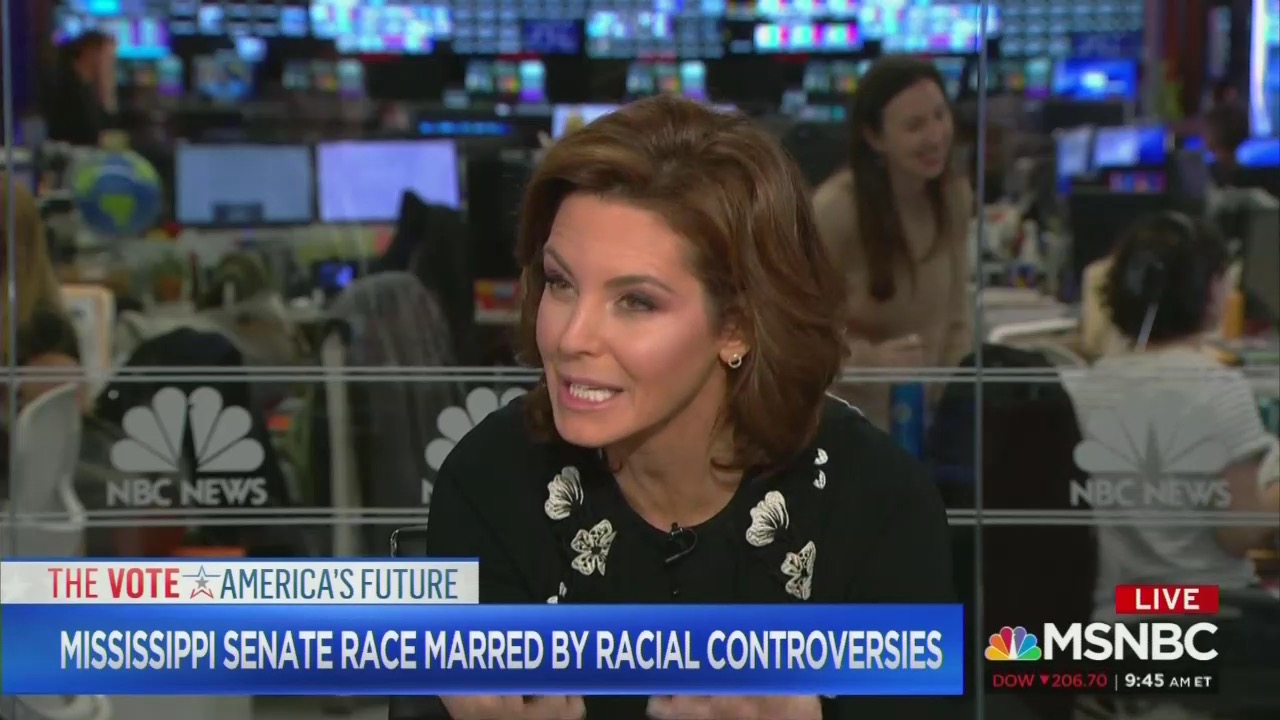 Cable news and the networks have been hard at work trying to demonize Mississippi’s GOP Senator Cindy Hyde-Smith as a callous racist who wants to bring back the KKK’s reign of terror in the South from decades past. After liberal activists added to the drama by putting nooses on the state legislature lawn, MSNBC’s Stephanie Ruhle and her liberal guests tried to blame Hyde-Smith for the stunt, bashing her as “sick” “scary” and “disgraceful” while even urging Mississippi voters to vote in the runoff election for her Democrat opponent, Mike Espy, who is embattled in his own controversy.

On Monday’s show, guest Mark Thompson, a liberal Sirius Radio host, claimed Hyde-Smith’s Republican platform of less federal involvement in schools was a “dog whistle” signaling that she wanted segregated schools. How Thompson made this leap was not challenged by his friendly host, Stephanie Ruhle.

Ruhle offered no balance or nuance to the discussion, claiming it was clear that “sick” Hyde-Smith was a racist. “This is what’s sick: It’s loud and clear. Why are people voting for that?” she gushed.

Thompson and Ruhle then completely abandoned any journalistic integrity by ending the segment asking Missippians to vote for the Democrat. Thompson even argued people who voted for her were voting for lynching black people (seriously):

THOMPSON: With Missippi’s history, and with the risk of sounding endorsing, I’ll take that risk-- A vote against Cindy, a vote for Mike Espy is a vote for Emmett Till.... what she represents is disgraceful. And to uphold all that history. People like her say the civil war was a way of life. The way of life was slavery. And in Mississippi, lynching.

RUHLE: This is real life, this is happening in 2018. We hope that the people of Mississippi will get out there and vote.

The hyperventilating didn’t end Monday. On Tuesday’s MSNBC Live, Ruhle continued attacking Hyde-Smith with her accusations of racism, after nooses planted by liberal activists were found on the state house lawn. After bringing up the candidate’s off-handed joke about public hangings last week, Ruhle connected the dots:

“Is this a one off--or is this something more than that?” Ruhle questioned before answering her own question, squarely laying the blame for this stunt as a legitimate act of racism put out by Hyde-Smith’s camp:

She’s not doing it as a mistake or a one-off, but what does it say about what is going on in some states that this is appreciated, supported, reflected of something? I mean nooses were found hanging in the state’s capitol yesterday!

“The lesson of Mississippi is that deep-seated racism is alive and well in the United States,” one of her guests, analyst Tim O’Brien added, “Remember Ferguson and Baltimore?”

As they’ve done with many other Republicans, the liberal media continue to abuse their platform in assisting Democrats with absurd accusations and character assassinations of anyone on the right they perceive as a threat.