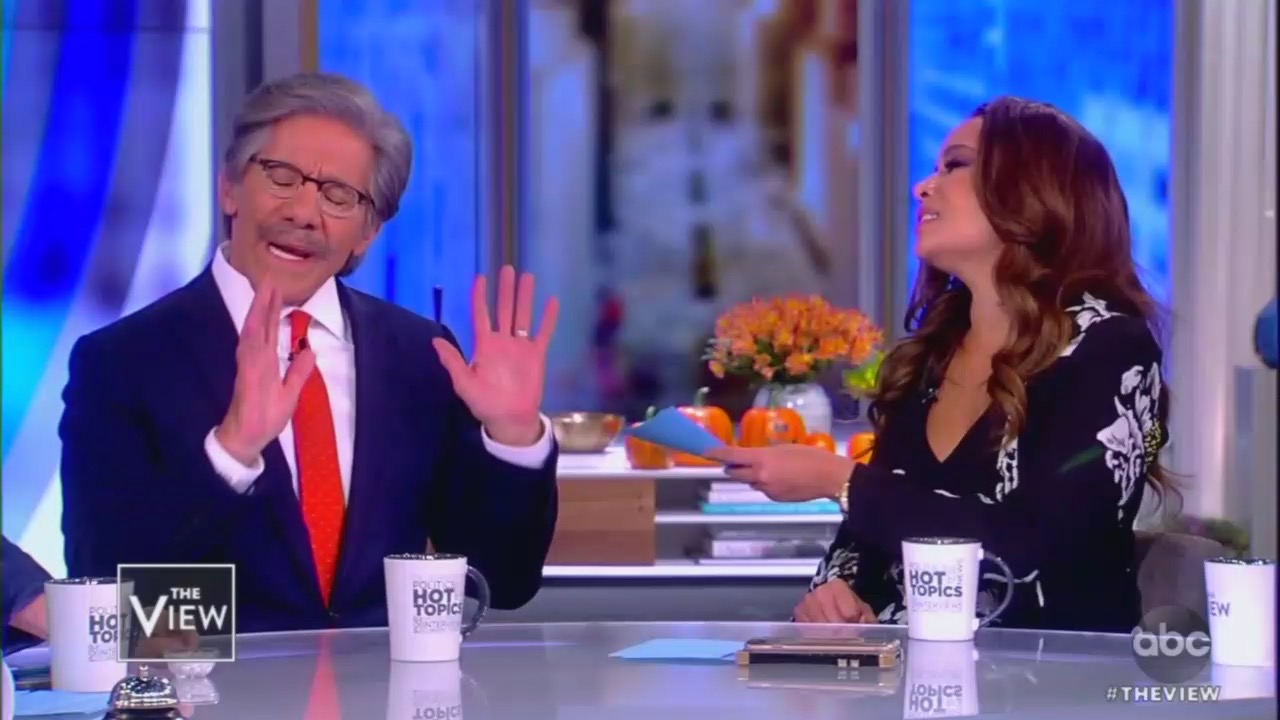 Thursday on The View, the liberal hosts grilled their guest, FNC's Geraldo Rivera, for comments he made about the pipe bomb suspect, and the media’s attacks on President Trump.

Rivera, who's not a conservative by any stretch of the imagination, still took heat because he defended President Trump and called out CNN for being partisan and biased.

The interview started with Rivera disagreeing with the president about immigration and the caravan but he quickly got into a heated argument with the liberal hosts once they started talking about the mail bombs and the media.

Co-host Joy Behar asked about Rivera’s claim last week that he believed the mail bombs were an “elaborate hoax.” Rivera explained that he apologized for saying that before Behar berated him with, “Why? You know that was total BS and you know it. You're too smart not to know that.”

Rivera explained how the devices were not viable, and how the whole “cartoonish” situation with the suspect’s van seemed like a guaranteed way to hurt the president right before the midterms. “It seemed too pat. I never should have said it. I shouldn't have opined when I didn't know,” he said before apologizing to CNN. But co-host Sunny Hostin pressed him to go further and blame Trump:

Talking about this alleged bomb maker, he had a van plastered with pro Trump propaganda, he videotaped himself at Trump rallies holding signs that said “CNN sucks,” his social media accounts were chock full of Trump fervor and threats to Trump critics. Can you honestly say President Trump's words and actions didn't inspire this guy?

Rivera wondered why they didn’t blame President Obama when mass shootings happened during his terms. This infuriated the hosts:

RIVERA: The church massacre. Words matter. I believe, Sunny, that words matter but --

HOSTIN: This guy had a tricked-out Trump van!

RIVERA: Crazy people can do crazy--

BEHAR: Obama never said the things that Trump says, not even once, Geraldo, c’mon. [APPLAUSE]

Whoopi ranted that Trump’s rhetoric “every week” had “whipped up folks” in a “fervor” and possibly the mail bomb suspect. “Don’t words matter?” Hostin gushed.

Rivera agreed words did matter, calling out CNN for its own role in trying to divide the country:

“You both are making the same very telling point, but words do matter. Therefore, you cannot listen to CNN for two minutes without having an attack on the president as being a liar, as being misogynistic,” Rivera began before being cut off.

“Is that an attack or the truth?” Hostin gushed, as the audience loudly applauded.

“One man's truth is another man's attack,” Rivera responded, but Hostin and Behar defended the media as the arbiter of truth.

In an earlier segment, the liberal hosts took issue with Trump telling Axios that his base wanted him to attack the media. Sunny Hostin, Joy Behar and Whoopi Goldberg ludicrously argued that distrust of the media started with Trump.