Two Minnesota Republican politicians were allegedly assaulted by left-wing “protesters” over the weekend and the big three networks have ignored it, even after the media has been up in arms worrying that Trump supporters would commit violence against Democrats or reporters. 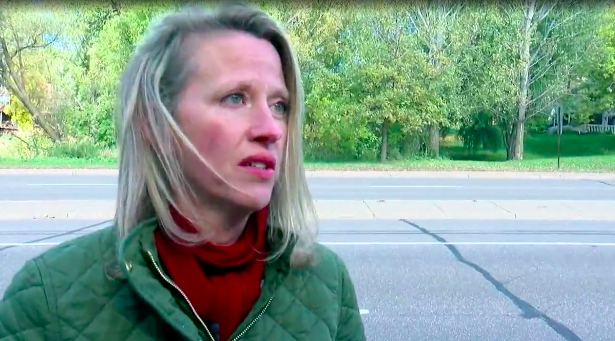 Republican state representative Sarah Anderson told a local CBS station that she was threatened, followed and punched in the arm by a self-proclaimed “anarchist” whom she confronted for destroying her campaign signs:

Anderson tried unsuccessfully to videotape the encounter as the man backed her into the street, swearing.

“And he charged at me again, and he said, ‘Go kill yourself,’ and I end up stepping here and there’s traffic coming.”

That’s when Anderson got back in her car and saw the man walking on foot toward a gas station.

She drove to the station and captured a cellphone image of the man charging her — again. He tried to stop her from leaving, punching her in the arm.

First-time GOP House candidate Shane Mekeland recounted what happened to him when a man pretended to be a conservative before sucker punching him, giving him a concussion:

Mekeland said he had stopped at a restaurant Friday to ask if he could hold a campaign event there. He was talking to a few people around a high-top table when a man in the group punched him “out of nowhere.”

Mekeland said he fell backward and blacked out when he hit the floor. He said he’d been discussing health care and taxes with the man, who at first seemed to agree with his positions.

“The last thing I heard is him say – I’ll keep out the colorful language – ‘You bleepin’ people don’t give a bleep about the middle class,’” Mekeland recalled.

Besides local news stations in Minnesota, conservative outlet the Free Beacon reported that the assaults happened allegedly after a Democrat party staffer wrote on Facebook that his party was going to “bring Republicans to the guillotine” on November 7.

That staffer, William Davis, was reportedly suspended for one week without pay. Neither the assaults nor the threat were covered by ABC, CBS or NBC Wednesday morning, after the stories broke by local media Tuesday evening.

Ironic, considering the media endlessly hammered President Trump for “inciting violence” by joking he’d “pay the legal fees” if one of his supporters punched a protester at a campaign rally in 2016. But when Democrat Maxine Waters, and more recently Eric Holder, actually advocated for supporters to harass and intimidate Republicans, and that marching order was dutifully carried out, the media was mute, as they are now.