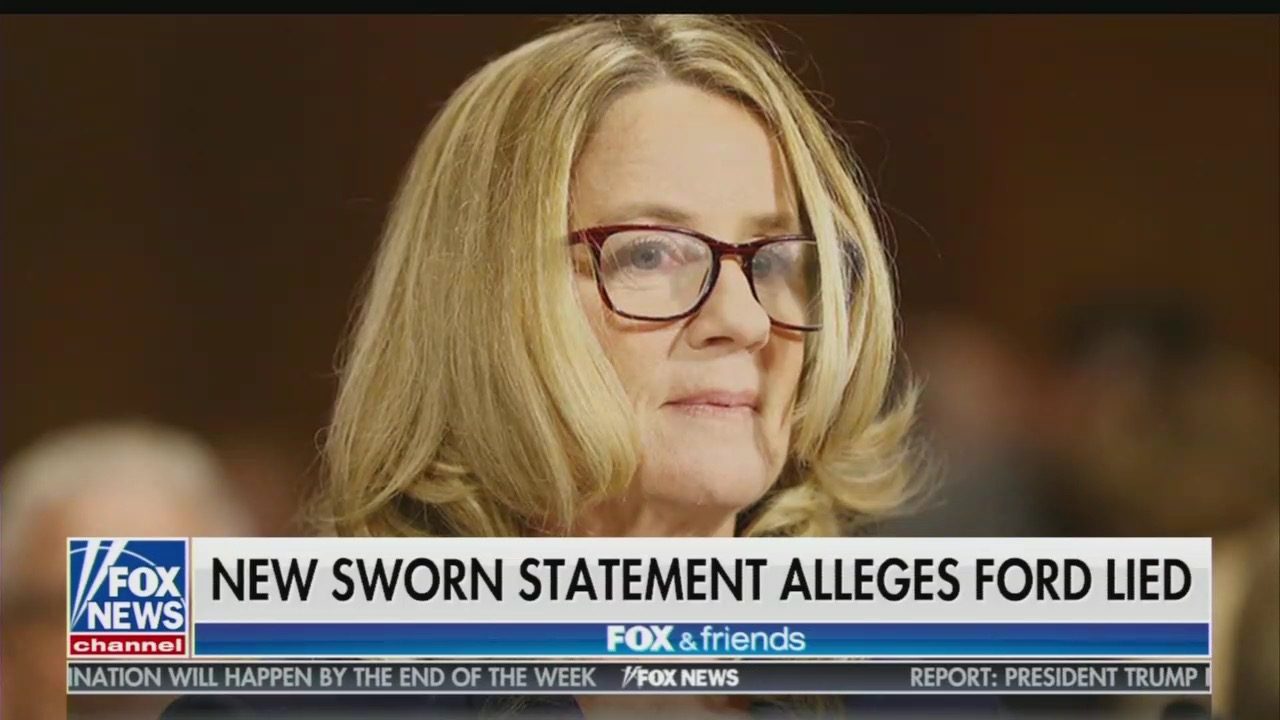 ABC, CBS and the first two hours of NBC’s morning news programs completely ignored a damning letter sent to the Senate Judiciary Committee last week by Christine Blasey Ford’s ex-boyfriend, which contradicted several of Ford’s statements under oath. The only mention of the letter during the networks’ morning news coverage came during the third hour of Today, with host Megyn Kelly.

The letter obtained by Fox News late Tuesday, was written by a man who said he dated Ford for 6 years, with some of that time being spent living together. In the letter, he contradicted many of Ford’s statements under oath, the most important being that she had never prepared or helped anyone prepare for a polygraph test before. According to the Fox News report on Wednesday’s Fox and Friends:

GARRETT TENNEY: The ex-boyfriend wrote, ‘I witnessed Dr. Ford help [Monica] Mclean [her best friend at the time] prepare for a potential polygraph examine. Dr. Ford explained in detail what to expect, how polygraphs worked and helped Mclean to become familiar and less nervous about the exam.’ That is significant because very different than the answer Ford gave when she was asked about this specifically last week:

RACHEL MITCHELL: Have you ever had discussions with anyone besides your attorneys on how to take a polygraph?

The rest of the letter also calls into question Ford’s credibility, as many of the stories she told on the witness stand about the trauma she’s suffered don’t add up to what the former boyfriend experienced living with her. Despite telling the committee she needed two front doors installed on her home, he pointed out they lived in a tiny apartment for years with only one front door and frequently took trips flying together, even on a small propellor plane. He also claimed that Ford lied to him once about using his credit card to rack up debt, and only admitted to it once he threatened to call the bank’s fraud prevention department.

But instead of reporting on this important letter, the networks diverted attention to a New York Times’ report on President Trump’s supposed tax evasion revealed in his father’s tax returns. The networks also spent time giving credence to a letter written by Kavanaugh during his youth that joked about warning neighbors at a spot he and friends would be vacationing at, that they were a rowdy, group of drunks. So clearly letters are important pieces of evidence to the media only when they corroborate the narrative they are trying to argue.