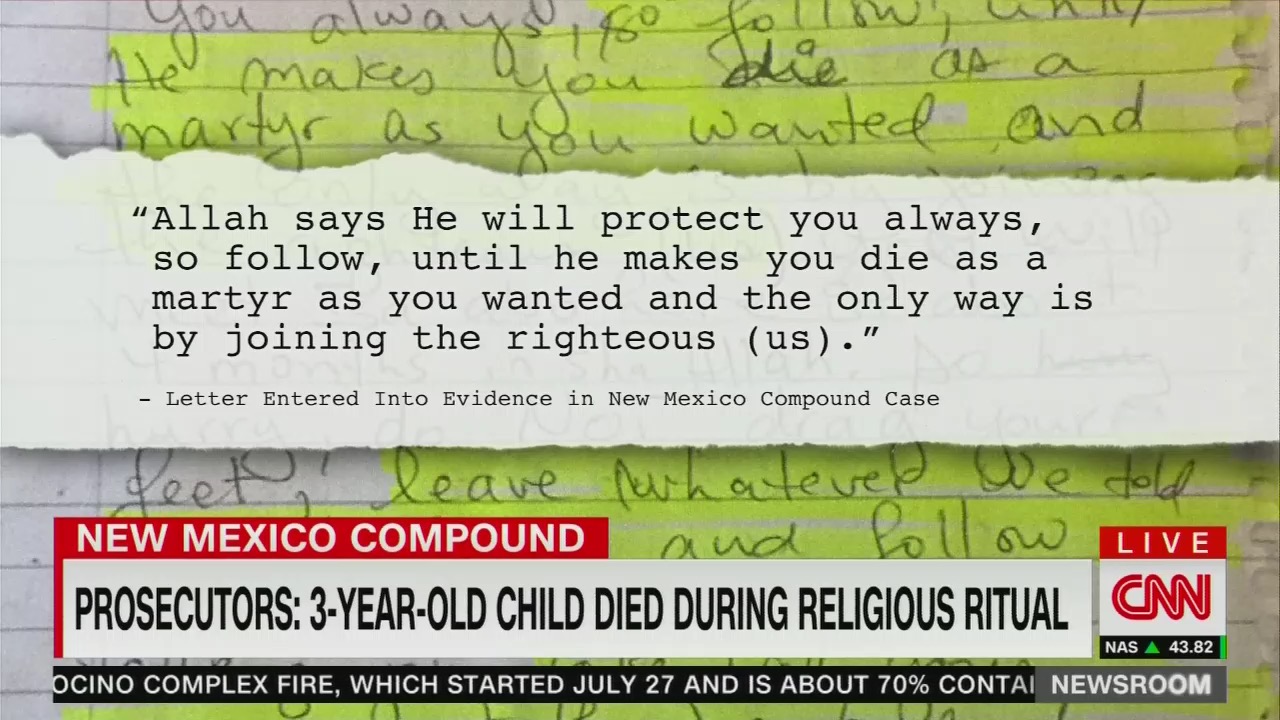 It was bad enough when the networks attempted to hide the Islamic extremist beliefs of the suspects in New Mexico compound that the FBI raided a few weeks ago for kidnapping and killing a 3-year-old boy, or when AP tried to spin the story as a gun problem. Now CNN’s trying to beat them all with the worst take, actually spinning the true villain of the story as “Islamophobia.”

On Twitter, the cable news outlet tweeted out this headline with the accompanying article: “New Mexico family compound family struggled with life off the grid.”

Of course this tweet earned immediate backlash as it appears CNN wants us to feel sorry for child abusers who were training children to carry out school shootings, and were plotting to attack a hospital in Atlanta. But the article inside was even worse.

CNN’s Emmanuella Grinberg immediately tried to portray the group of men and women who lived in a trash filled lot in the New Mexico desert town as just a “friendly” family struggling to survive away from conventional power sources. Grinberg bemoaned Islamophobic beliefs as the real problem tainting this group’s story, because they didn’t live in “conventional ways:”

The region's history of welcoming outsiders has contributed to cross-cultural exchanges and a tolerant attitude that locals consider points of pride. Many are quick to distance the state's countercultural vibe from the compound and its inhabitants, who are accused of training the children to commit mass shootings. But they also fear that the publicity around a case infused with allegations of terrorism, child abuse and faith healing might contribute to a rise in racism and Islamophobia

Grinberg went on to tout the defense lawyers for the suspects, saying that if they were “white Christians” the public would be rallying for their “First and Second Amendment rights.”

Let’s just remember these men and women starved 11 children to emaciation, killed a three-year-old boy, and were allegedly planning out a terror attack on a hospital, but Islamophobia is the real problem here?

While Grinberg mentioned the charges against the suspects, she didn’t dwell on them. Instead, she spent the rest of the article writing about the history of cultures clashing in the region in the past several decades, along with the lifestyles of residents living “off the grid.”