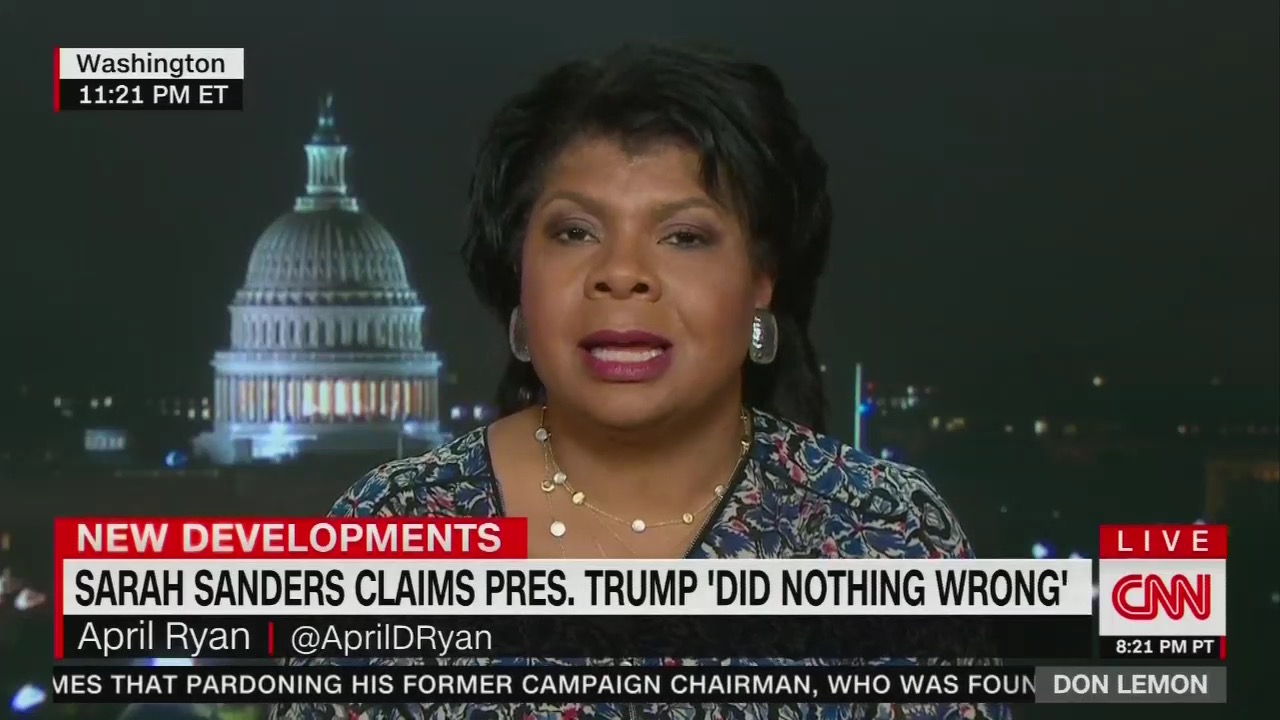 In a laughably obtuse interview with The Hollywood Reporter published August 21, April Ryan, the White House correspondent for American Urban Radio and CNN contributor, griped about needing to pay for security because of how often she is approached or heckled in public. This comes just a few weeks after Ryan complained that White House Press Secretary Sarah Sanders shouldn’t need security guards.

According to the media outlet, Ryan said she feared for her personal safety at times because she is approached in public and complained that the White House should fund her bodyguards:

There is a concern now. I mean, I've had death threats, I've had craziness, so I have a real concern. An honest, real concern.... Do I have a bodyguard? Yes, I do. Am I paying for it? Yes, I am. And, I think [Sanders] should have to pay for it, especially if she's stirring it up with her boss [Trump].... I did not sign up for this. I was just doing a job.

Sound familiar? Isn’t this exactly what Democrat Rep. Maxine Waters explicitly ordered liberals to do to Republicans? The media didn’t care about public harassment then, as long as it wasn’t happening to them. In fact, many journalists went on television and defended the abuse of Trump Administration officials and Republican party members. But suddenly it’s a different story when the shoe is on the other foot.

Ryan went on to promote her new book that’s due out September 1 about the “unprecedented” attacks on the press from the Trump Administration saying that the public won’t hear “her side” if she doesn’t tell all in the book. The CNN contributor also slammed Sanders repeatedly for “insulting her intelligence” and putting her on a supposed press “blacklist” which, according to her, included her CNN peers Jim Acosta and Kaitlan Collins.