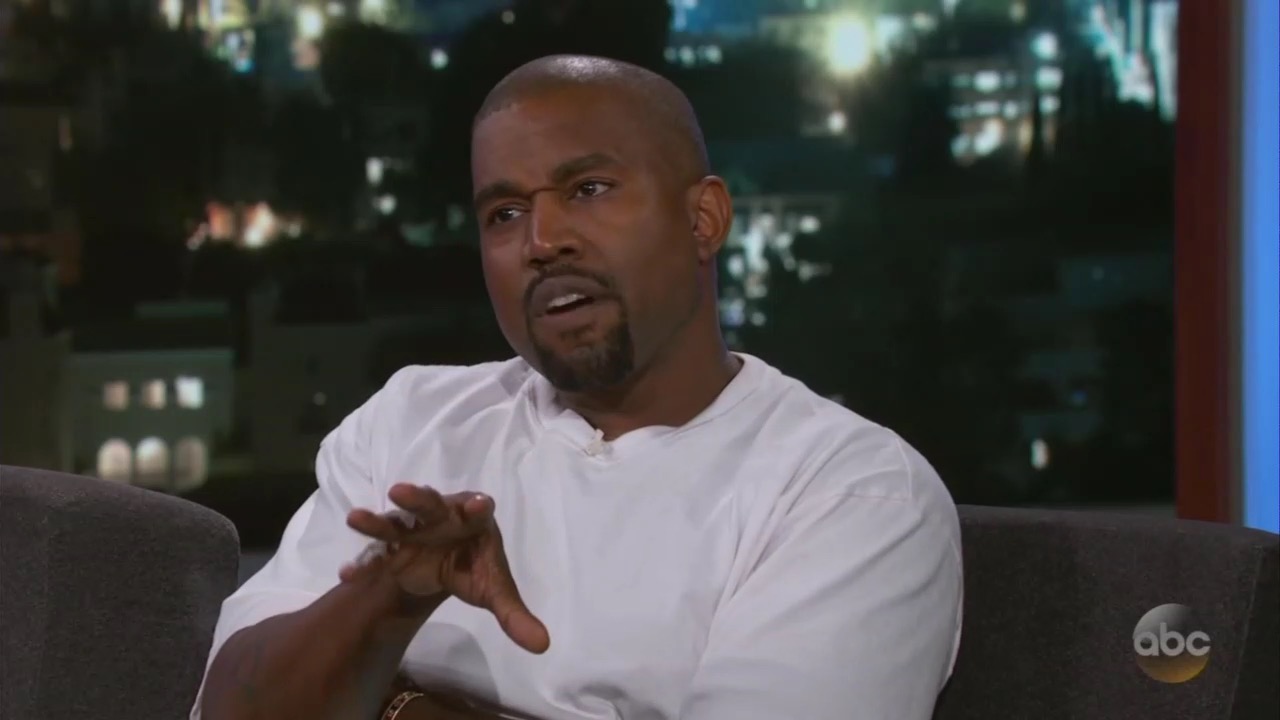 Rapper Kanye West sat down with ABC’s Jimmy Kimmel on his late night show Thursday night to talk about a his career, family life and his support for President Trump. After famously meeting with President at Trump Tower last year, he has been ostracized by the media for his continued and unlikely support for Trump. West addressed the backlash he’s faced for his decision, blasting the left and the media for trying to “bully” him into liking their preferred candidate.

Kimmel didn’t waste any time getting to the topic of Trump, after briefly asking West about his fashion line. Saying he was probably “proud” of his wife Kim Kardashian for taking inmate Alice Johnson’s case to the White House recently, convincing Trump to grant her clemency, Kimmel snarked, “Were you ever concerned about her being alone in the Oval Office with President Trump?”

West joked back, “Well, he is a player.” Kimmel then got more serious, addressing the response the rapper got for coming out saying that he liked the President:

“People got really mad when you were--Some people were very happy when you said that you liked President Trump. Do you like---do you think he is a good president?” he asked. West responded by first saying that there are only two responses in this world to situations, and that is to love or fear and that he wasn’t afraid of how “liberals” the “news” or Hollywood would react to his support of Trump:

Just as a musician, African-American, guy out in Hollywood, all these different things, you know, everyone around me tried to pick my candidate for me. And then told me every time I said I liked Trump that I couldn’t say it out loud or my career would be over. I’d get kicked out of the black community because blacks- we’re supposed to have a monolithic thought, we can only like, we can only be Democrats and all.

So, even when I said it right before I went to the hospital and I expressed myself, and when I came out I had lost my confidence. So I didn’t have the confidence to take on the world and the possible backlash and it took me a year and a half have the confidence to stand up and put on the [MAGA] hat no matter what the consequences were.

West went on to ramble, making strange analogies in an effort to express his viewpoint about individuality. Kimmel surprisingly did not mock him as he does with many of his guests, but tried to call out the musician at the end of his explanation, by pointing out he had come out against George W. Bush when he was in office.

“I mean, you so famously and so powerfully said, ‘George Bush doesn’t care about black people.’ It makes me wonder, what makes you think that Donald Trump does or any people at all?” Kimmel confronted his guest.

A stunned Kanye was speechless for a few seconds before Kimmel cut to commercial. After the break, Kimmel shifted from politics to talk about other subjects.

This interview comes on the heels of Kimmel grilling West’s wife, Kim Kardashian, on her willingness to go to the White House on Alice Johnson's behalf. In that interview, Kimmel desperately tried to get West to bash President Trump but she refused.