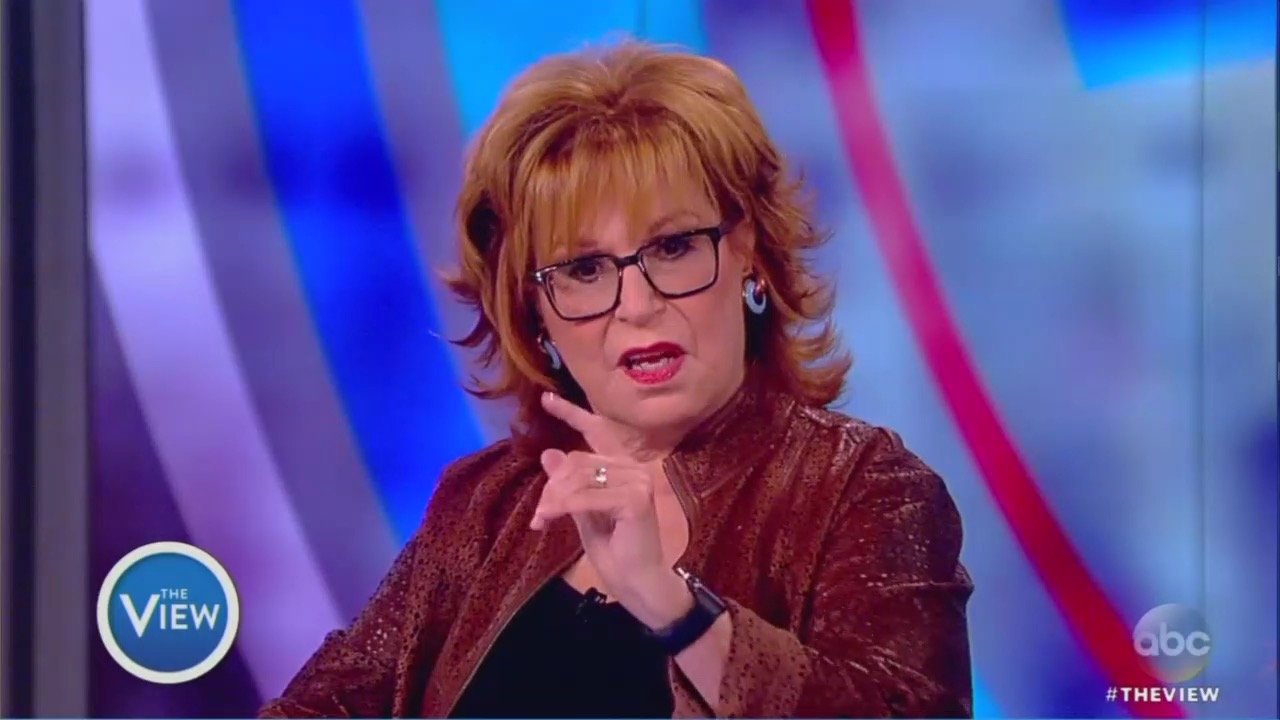 The media outrage was out of control yesterday after President Trump’s complimentary comments towards Vladimir Putin and denial of Russian interference in the 2016 election, at a press conference in Helsinki, Finland, Monday morning. That outrage spilled over to Tuesday's coverage, as ABC’s The View hosts were unanimously upset at Trump’s rhetoric, even comparing the words to an act of treason.

“Do you remember how angry he got when people kneeled and he said kick those sons of---out of the game? He’s talking to someone whose against everything we stand for in this country. I've never seen a more weasel-y answer than ‘I don't see why it would be Russia.’ It's the most passive response! It's the one time we've seen him get angry in the context of someone you should be angry at someone and he's not,” she slammed.

Sunny Hostin argued Trump didn’t want to admit that Russia interfered in our elections, because that would de-legitimize his presidency.

“I thought perhaps it's because if he admits the election was compromised that Russia indeed hacked into our democracy than that de-legitimizes his presidency,” she suggested. But Behar played into the left’s conspiracy theories that Putin had compromising information on Trump.

“That's one part of it. The other part it seems to me Russia's got something on him. He's over the edge with this one. He's saying basically to him please don't snitch is whatever it is. That's what I say,” she gushed.

Behar went on to say that Trump’s base would continue to support him because they “want their Supreme Court Justice,” but that his words were tantamount to treason. She even equated it to if Roosevelt had defended Japan, after thousands of Americans lost their lives when they attacked Pearl Harbor during World War II:

HOSTIN: You think the pee pee tape is something.

BEHAR: The pee pee tape is not going to change his base's position. But money laundering, owing money to the Russians? Billions of dollars. Jared also had to bail himself out of that building that was going under. As they say follow the money. There's a lot of money involved as they said follow the money. There was a picture of FDR on Facebook that I was looking at, it said “But Hirohito said he didn't do it!” Meaning when they bombed Pearl Harbor in World War II. So this is the equivalent of denying this person didn’t attack us. An enemy of the state. To me it rises to the level of treason but of course the Republican party is never going to go there because they want their Supreme Court Justice. Remember that.

Even Meghan McCain was upset, urging viewers to not equate Trump’s words with the beliefs of the Republican party. Calling herself someone who wasn’t suffering from Trump Derangement Syndrome, she called Trump’s words “extremely dangerous” and “extremely unpatriotic” adding that he behaved like a “neutered puppy:”

Our president acted like a pathetic puppy who was completely neutered around a former KGB agent murdering dictator, who caused some of the worst atrocities. Genocide in Syria. I never thought I would see this. I grew up with Mr. Gorbachev tear down that wall. I'm a Reagan hardcore Republican. I can't emphasize how much of a hard time I had with this because I just never thought this is the Republican party that I would see.

She added, "I don't want the country to get gas lit into thinking that this is normal.”

Addressing McCain, Whoopi scolded, “I think your party has got a really shocking awakening. I don't think they anticipated this either.”

“You know what really angers me, is that my father and my uncles did not fascism in the ‘30s and ‘40s to have a fascist running this country! I mean what is going on?!” Behar lashed out as the audience applauded.

Whoopi claimed it was because people didn’t know history.

Part of it is the vets, the World War II vets are dying. Those stories are not -- people aren't talking about what these veterans gave up, what the Tuskegee airmen did, what all the vets who went to war to prevent Hitler -- to keep Hitler from killing off what we do. I know. And taking over the world.