'You Caused This!' Journalists Rush to Blame Trump for Newspaper Shooting, on Twitter 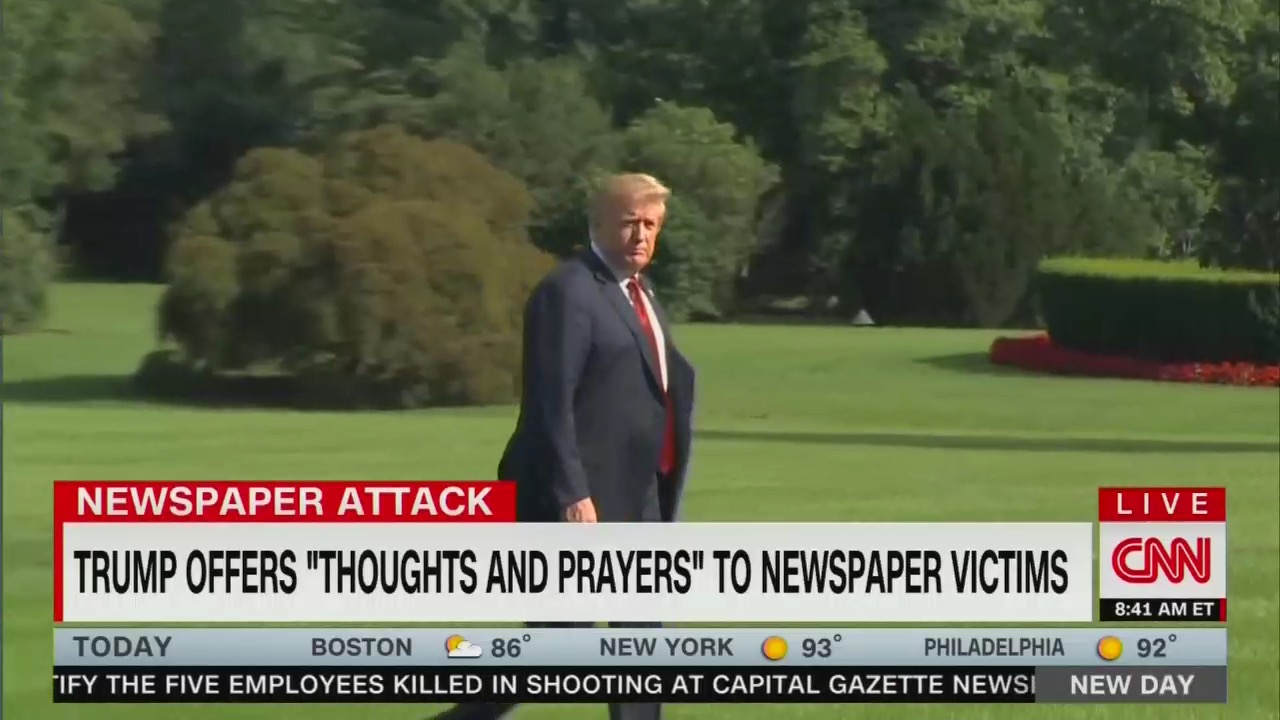 In the aftermath of a horrific shooting at a local newspaper office in Annapolis, Maryland Thursday afternoon, whom did the media immediately blame?

Not the shooter, of course, but President Trump. From cable news to social media, journalists and media outlets irresponsibly sent out provocative tweets directly or indirectly blaming the president for supposedly inspiring the deadly shooting, even as reports revealed the shooter had a personal dispute with the paper, in 2012.

Andrew Feinberg, Breakfast Media’s White House Correspondent didn’t pretend to have any journalistic ethics left when he wrote, “You caused this, Mr. President.”

Juliette Kayyem, CNN analyst claimed it didn’t matter if Trump wasn’t the force behind the shooting, he was still making it “dangerous” for journalists: 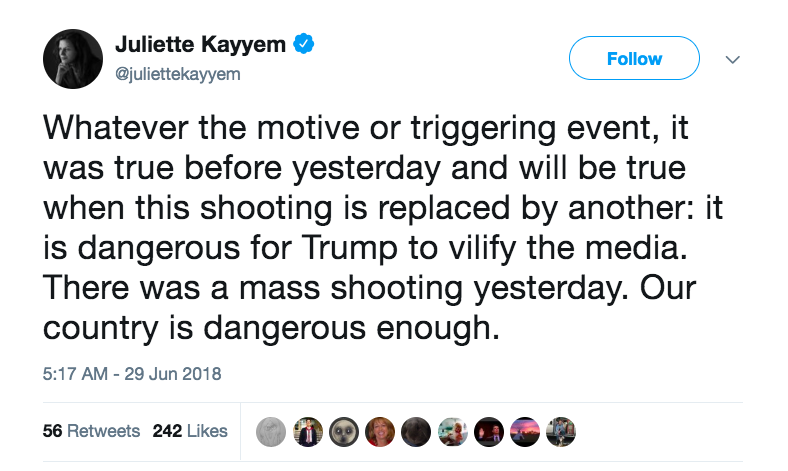 NBC News’ Twitter account tweeted out a video of Trump ignoring questions from reporters about the shooting, as if to say that he didn’t care about people being shot: 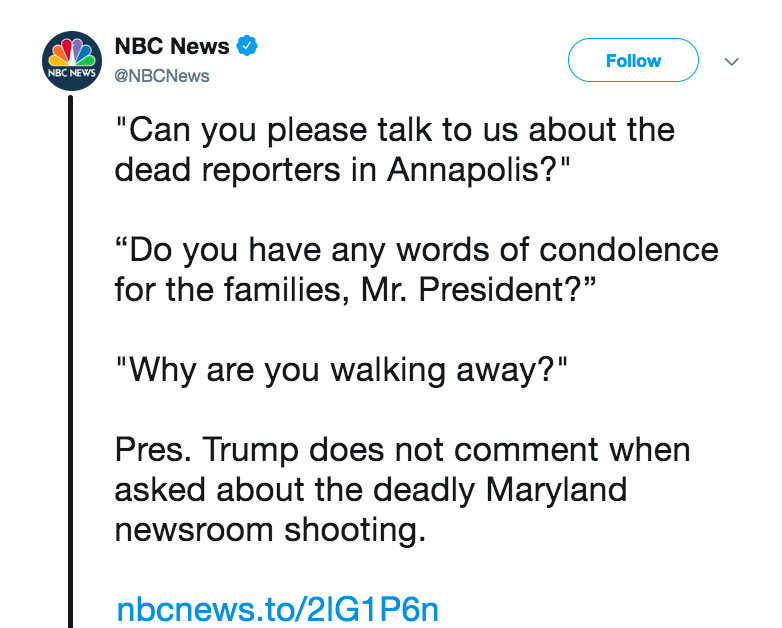 Playboy’s White House Correspondent Brian Karem tweeted out that video as well and complained that the press deserved answers from Trump. 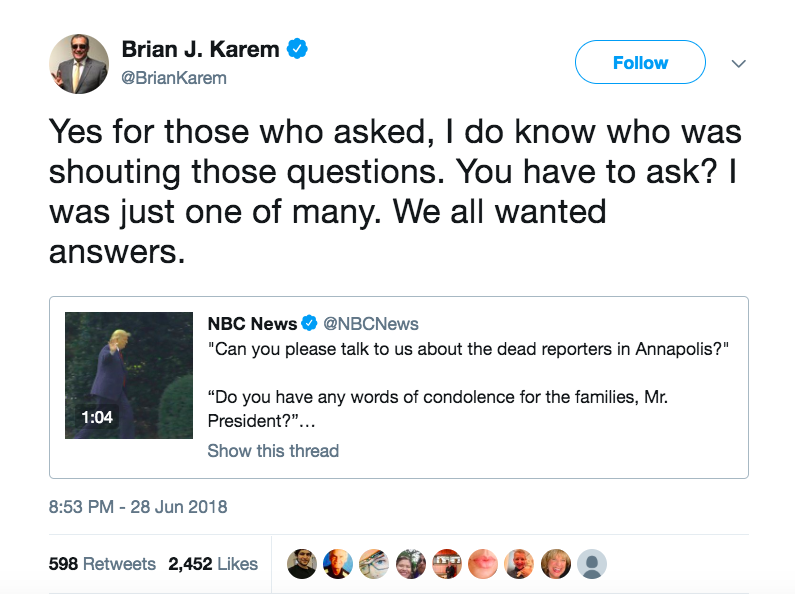 Frequent CNN and MSNBC contributor David Jolly, a former GOP Congressman urged Trump to stop their “attacks” against the press:

The New York Times’ Maggie Haberman also seemed to blame Trump for calling the press “the enemy of the people.” 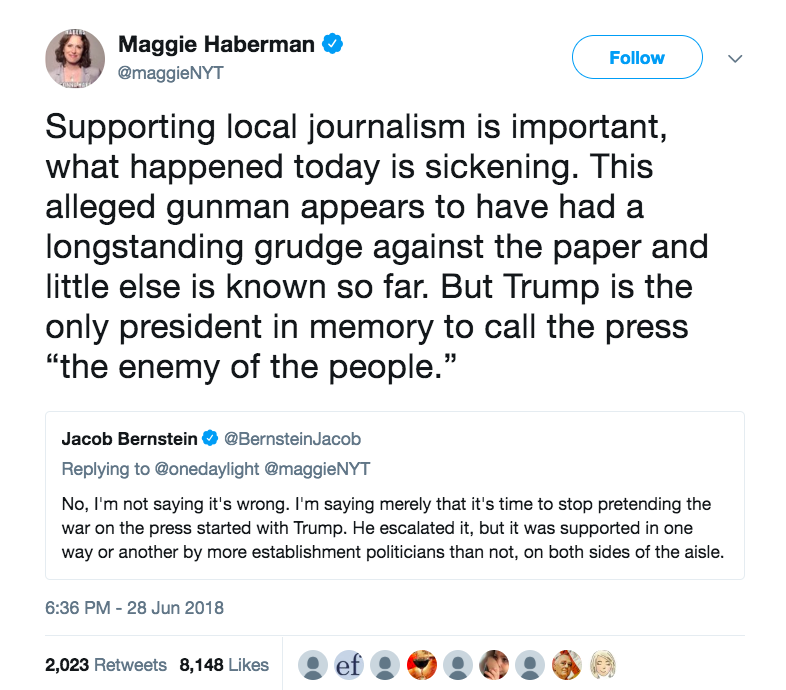