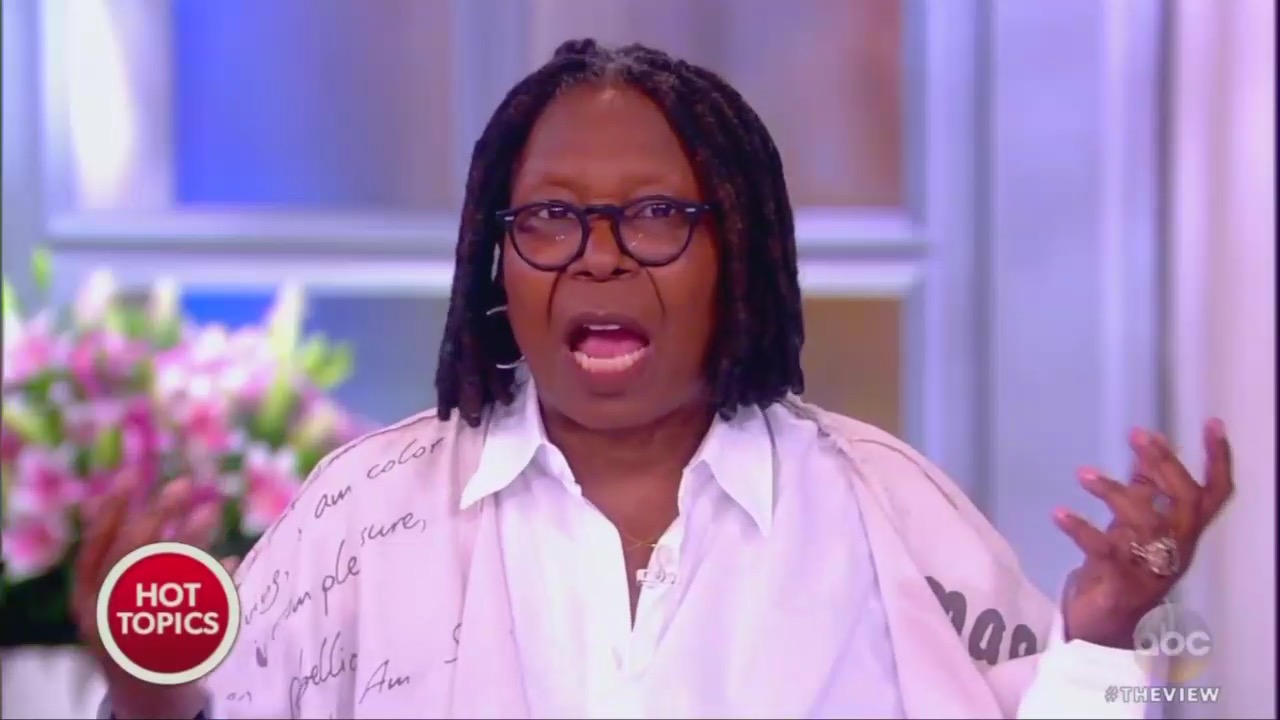 Just under an hour after the Supreme Court ruled to uphold the third iteration of President Trump’s “travel ban,” the liberal ladies of ABC’s The View had the chance to weigh in on the immigration order which adds more vetting to travelers from specific countries coming to the United States. While host Meghan McCain tried to bring balance to the table’s discussion, Whoopi shut her down, saying she didn’t need to present Trump supporters’ viewpoints because she didn’t know if anyone really voted for him in the first place.

But before that, host and ABC legal analyst Sunny Hostin began the show explaining the 5-4 ruling, calling it a more “nuanced ban” than the original version offered by Trump. She noted the Supreme Court cited the addition of non-Muslim majority countries, such as Venezuela and North Korea to the list, as proof this was not a ban against a specific religion.

This led the panel to gripe that the reason this passed was because of Trump’s SCOTUS pick, Neil Gorsuch, an appointment they said was “stolen” from President Obama.

SUNNY HOSTIN: We have been seeing this in the Supreme Court over and over and over again since Neil Gorsuch was appointed. That is what Mitch McConnell did. He did not allow President Obama in his fourth year as president to appoint someone...the court has swung really in a much more conservative way because of the addition of Gorsuch. Many people feel myself included, that that seat was stolen from Obama.

“It was and it will forever be known that way too,” Joy Behar complained.

Host Meghan McCain disagreed, calling Gorsuch a critical win for President Trump, even by his critics:

MEGHAN MCCAIN: I will say that Neil Gorsuch is one of the best political moves of President Trump so far. The Supreme Court was one of those opinions that really hard core NeverTrumpers even wanted him to be president because they knew how important the Supreme Court would be. A lot of people don't think it was stolen.

Bringing it back to the topic at hand, McCain tried to bring some balance to the discussion.

“My understanding is, and I’m not a lawyer, is that it's a pause so we can vet people more accurately. You're not banning people from coming into the country completely,” she stated.

But McCain claimed the hosts weren’t being “intellectually honest” about the decision. She scolded the hosts for constantly attacking Trump on the platform he ran on and got elected on:

MCCAIN: I think we should be intellectually honest about what's going on. My understanding is If you're coming from Yemen, you would be paused and vetted at the airport which I think most Americans probably wouldn't have a problem with. I will say, let's stop being surprised by President Trump’s hardlline immigration. It's what he ran on. It's what I believe he got elected on along with the economy.

Behar, Hostin and Goldberg were annoyed by McCain’s rant and responded back defensively.

“But a lot of people in the country were not disappointed. I think sometimes we need to reflect that at the table,” McCain reiterated. But providing balance to the show about opinions wasn’t in Whoopi’s interest.

“Well, not if we don't feel it!” she grumbled, in a moment of sheer transparency.

McCain appealed to all the people who voted Trump into office. “60 million people voted for Trump!” she reasoned. Whoopi then suggested that maybe no one really voted for Trump, because it was could’ve been the Russians who put him into the White House:

WHOOPI: I’m not sure who voted for Trump anymore! [audience applause]

To be quite honest, I’m just not sure. I say that because I grapple with the Russians did interfere. No they didn't interfere. Yes, they're still interfering. No they're not interfering. I'm confused on who the hell voted for who.