Don Lemon: Border Policy Has ‘Everything to Do With Race,’ Whites Afraid of 'Losing Their Privilege' 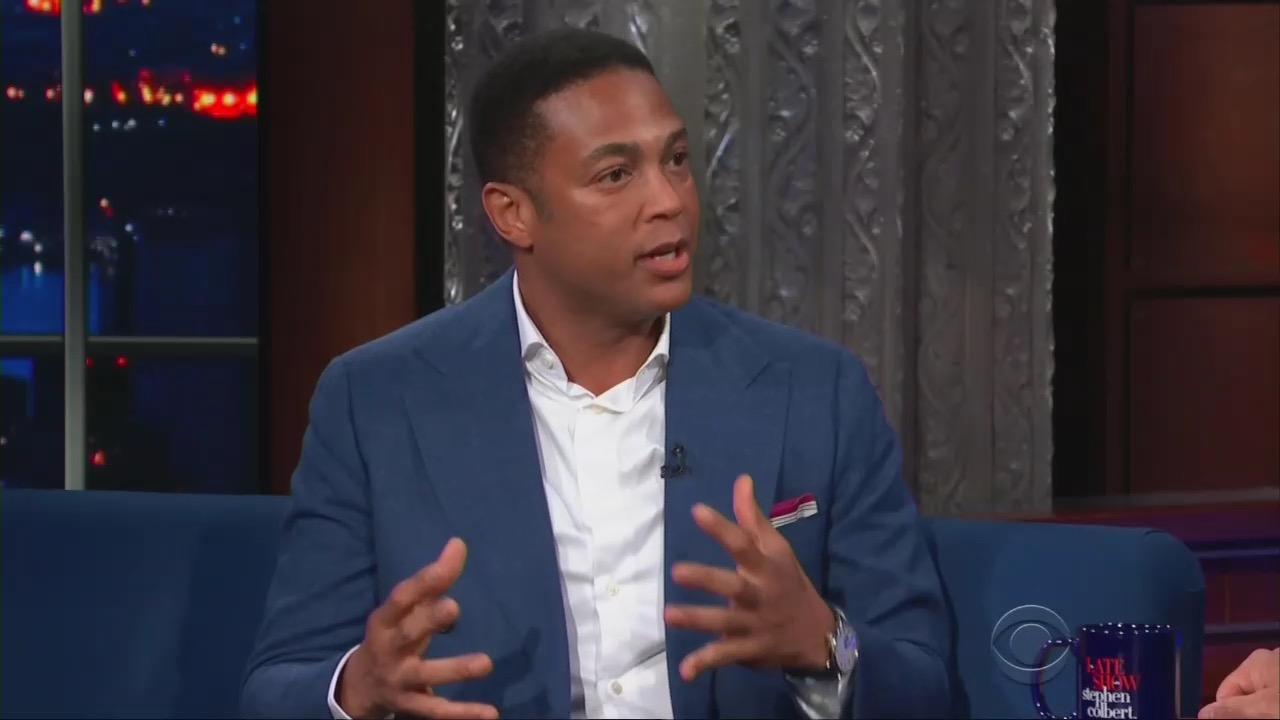 If you want a secure border, you’re probably a racist, is the message you could take away from last night’s airing of The Late Show on CBS. Mid-show, host Stephen Colbert sat down with CNN anchor Don Lemon and the journalist basically blamed the border situation on white people fearful of losing their “privilege” in society.

The conversation started off more light-hearted, joking about President Trump insulting Lemon on Twitter back in December as “a badge of honor.” That led Lemon to complain how exhausting it was to constantly have to change the topic of his show based on recent presidential tweets. Colbert swiftly segued into the border policy mixed with a nauseating liberal sociology lesson.

“One of the things that’s sort of a recurring, distressing data point and theme with this administration is using race as a tool to divide people,” Colbert pontificated, giving a rundown of some of Trump’s more controversial comments. “What’s happening on the southern border certainly has a racial component to it,” he stated as if it were fact, asking Lemon how his own race “affects” his reporting in light of the race relations in this country.

Lemon praised the talk show host for his insightful commentary. “You have hit on probably the most important story of our time especially when it comes to this administration,” he complimented Colbert. He went on to agree and expound upon the alleged racism behind the immigration policy, even going so far as to theorize about Trump’s voters.

“It has everything to do with race,” Lemon agreed. It wasn’t about “economic anxiety,” he added, but about white privilege:

LEMON: Losing their privilege. And that's what this is about.

The CNN anchor called the border situation a turning point in the country, giving America a chance to redefine who we were “supposed to be,” a nation that “welcomes people in (with rules),” instead of a country who “shuts people out, puts them in cages and camps and separates them from their children.”

Colbert agreed that the tide was turning and white people would be a minority in the next 30 years. Clearly still talking about Trump’s supporters,(who apparently elected him on the basis of maintaining a white majority,) Lemon lectured white, straight Christians to stop thinking they were being discriminated against.

“When you are used to having your way in the world, sort of reflecting who you are and what you want, when the playing field is being leveled, it can feel like discrimination,” he stated:

COLBERT: We can't keep the change from happening. We are going to be truly a multicultural society in the next 30 years because white people aren't reproducing enough to replace ourselves. That report came out this week. More white people are dying than are making the babies. So we are going to be a multicultural society. Feels like these are people throwing up sandbags- the southern border actions are sandbags against a tide that's coming in and we shouldn't be necessarily afraid of it.

LEMON: When you are used to having your way in the world, sort of reflecting who you are and what you want, when the playing field is being leveled, it can feel like discrimination. For straight people, they're having to deal with gay rights. For religious people, in America, they’re having to deal with religious pluralism. You might think your right are being taken away when really the playing field is being leveled and the country is just evolving. We're going to be a minority majority country soon and people don't want to deal with that, they don’t want to see the change.

Colbert ended the interview by gushing over how much he loved CNN’s snarky lower-thirds and playing a game with Lemon where he guessed which were real images of CNN lower-thirds, and which were fake.