Gingrich Calls Out 'View' Hosts on Economy Hypocrisy: Want To 'Have It Both Ways’ 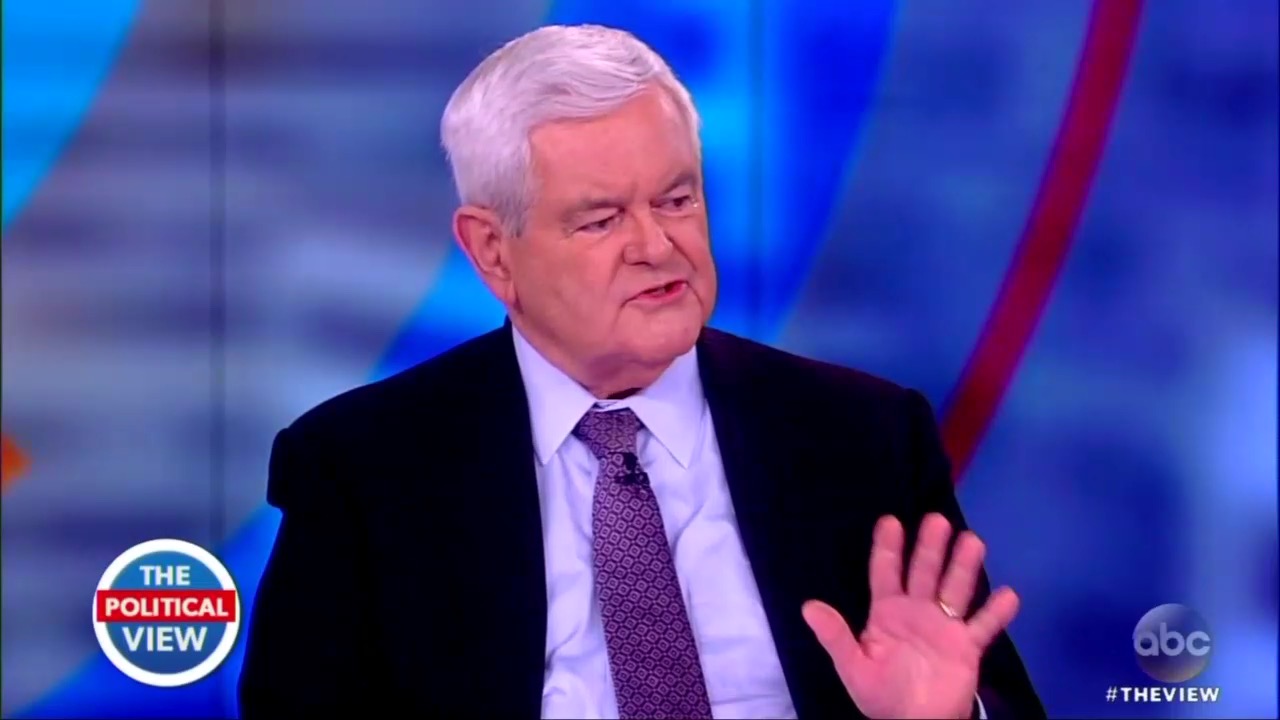 Tuesday on ABC’s The View, former Speaker of the House Newt Gingrich was the special guest at the hot topics table, and he didn’t hold back from showing the liberal ladies just how hypocritical some of their views on President Trump were.

After asking Gingrich about Trump disinviting this years’ Super Bowl Champions team to the White House, host Sara Haines asked him what he thought was the best thing and the worst thing Trump has done in office.

“Can he take credit for that? Isn't that Obama's doing?” Hostin asked, doubtfully, as the audience cheered. “I mean really?” she said again, skeptically.

But Gingrich backed up his statement with facts. “I think this quarter we will have more than twice the economic growth rate of any quarter in 8 years of Obama,” he responded after the applause died down. But Hostin wasn’t letting it go.

“Because he's been set up! He was given a gift, Newt!” she protested. Fellow host Joy Behar piped up with, “It’s true!”

As the audience cheered yet again, Gingrich slyly pointed out the hosts’ hypocrisy.

“So Obama gets it both ways: He got a terrible gift from George W. Bush. He gave Trump a good gift,” he noted, adding a summation of their view; “Anything good that happens under Trump is actually Obama.”

While most reasonable people might push back and add some nuance to their argument when made fools of, the hosts at the View aren’t exactly known for being reasonable. Hostin and Behar kept defending their silly point.

Clearly not knowing what else to say at that point, Gingrich offered simply, “Well, that's one way to look at the world.” But Behar kept at it.

“Obama inherited a deficit. Trump is inheriting a surplus,” she explained.

“-And is accelerating it!” Gingrich added.

Behar got one more snark in before the table moved on.

“Well we're in a deficit now, we’re in a major deficit thanks to your party,” she sniped. Gingrich corrected her.

“He inherited a gradually growing economy and he’s doubling the speed of growth,” he stated.

As for the second part of Haines’ question, Gingrich added that he wished President Trump elevated the level and quality of discourse as President as to be a better example for the American public to follow.