As we’ve seen with CNN’s huffy, virtue-signaling “apple” ad campaign, the media never gets more defensive than when they are called out by the right for their liberal bias.

That was apparent on ABC this morning, as the Good Morning America anchors reacted angrily to one conservative commentator’s comments made at the annual Conservative Political Action Conference in Washington D.C. Thursday. 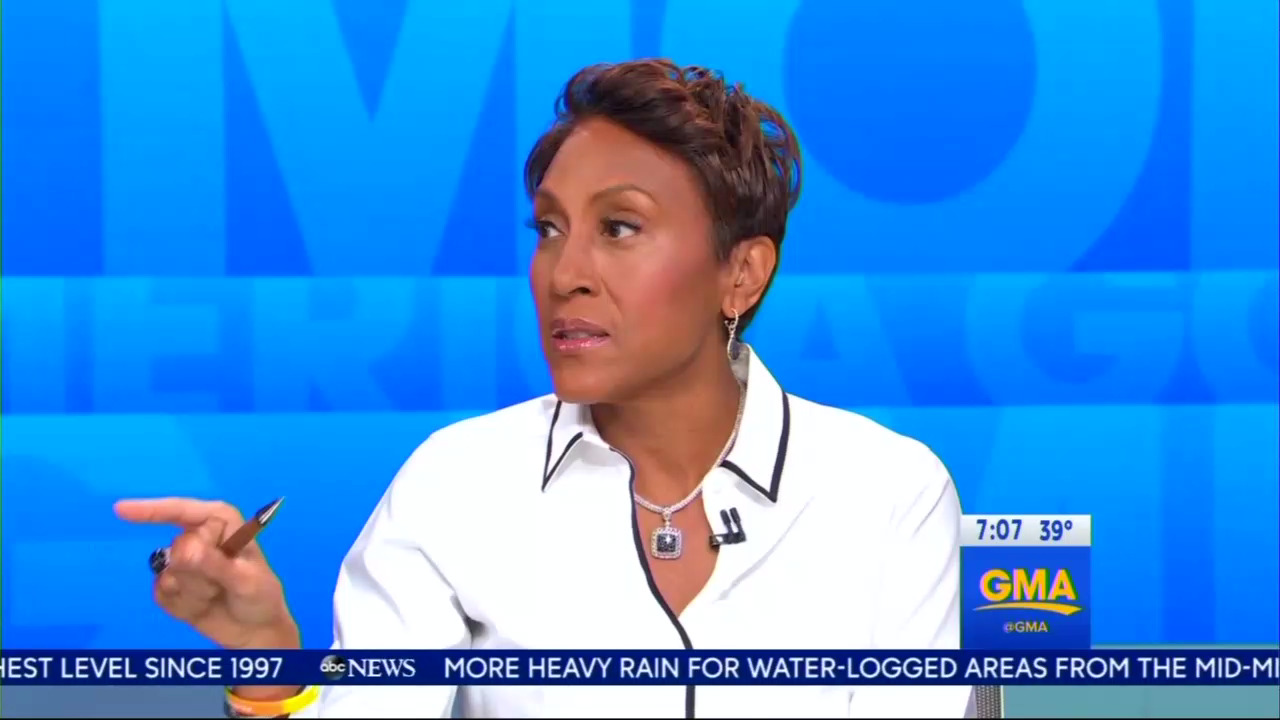 At the event, NRA president Wayne LaPierre and spokeswoman Dana Loesch condemned the mass shooting in Parkland, Florida last week, blasting the FBI and law enforcement for not listening to the dozens of warnings made about the shooter up to the tragedy, as well as the media and Democrats for using the shooting to blame guns and gun owners.

At one point, Loesch went off on the media’s coverage of the tragedy by pointing out that CNN didn’t host town halls on gun control for grieving black mothers in Chicago. Instead, she argued, they used shootings in predominantly white areas for ratings:

I’m going to say something really controversial. I’ll say it really slowly so all the people on the platform in the back can hear me loud and clear. Many in legacy media love mass shootings. You guys love it. Now, I’m not saying that you love the tragedy. But I am saying that you love the ratings. Crying white mothers are ratings gold to you and many in the legacy media in the back. And notice I said crying white mothers. Because there are thousands of grieving black mothers in Chicago every weekend and you don’t see townhalls for them do you? Where’s the CNN townhall for Chicago? Where’s the CNN townhall for sanctuary cities?...

Pronouncing her name incorrectly, Llamas slammed the claim from “that other woman, the spokeswoman” as “baseless” twice in his report on CPAC. Anchor Robin Roberts was visibly upset as she denied Loesch’s claims.

“Powerful statements but wrong statements. We do not do this for ratings,” Roberts interjected.

“Baseless!” Roberts reiterated angrily, pointing her finger at the camera.

LOESCH: We will not be gaslighted into thinking we are responsible for a tragedy that we had nothing to do with.

LLAMAS: And this baseless claim that many in which she calls the legacy media actually love mass shootings.

LLAMAS: The NRA advocating for more firearms inside of schools.

WAYNE LAPIERRE: They all must come together to implement the very best strategies to harden their schools including effective trained armed security.

LLAMAS: Jim Gard who helped protect his students in last week’s deadly shooting in Parkland, says guns in schools is not the solution.

JIM GARD: That would just be way over the top. This is not, you know, Stoneman Prison. This is a high school.

LLAMAS: All right, the nation's two largest teachers unions have come out publicly against the idea of arming teachers. The president of the American Federation of Teachers, Randi Weingarten said in a statement, “no amount of training can prepare an armed teacher to go up against an AR-15.” Michael?

MICHAEL STRAHAN: What was the reaction in the room as they're making those speeches?

ROBIN ROBERTS: Powerful statements but wrong statements. We do not do this for ratings.

LLAMAS: That was a baseless claim.