Nicolle Wallace: ‘Let’s Be Honest’ Only Talking About Shooting Because Victims Were ‘White’ 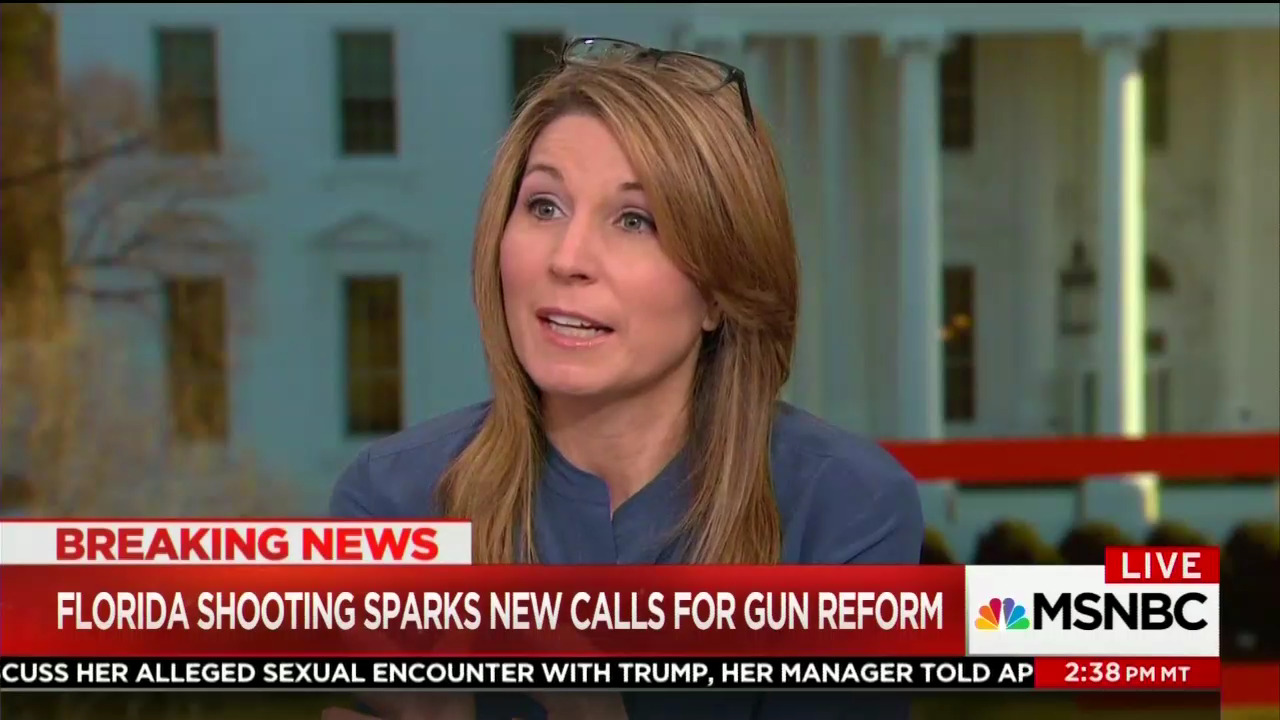 Former Republican and current MSNBC host Nicolle Wallace further proved she isn’t any different than the hard-core leftists on her network on Thursday’s Deadline: White House. Wallace joined in with her liberal panel in ripping into Paul Ryan, Donald Trump and the rest of the Republican leadership in their response to Wednesday’s high school shooting in Parkland, FL, even making the ludicrous claim that the only reason why this tragedy was getting any attention was because the victims were “white kids.”

Wallace began by repeating the same tired claim against Trump that the media has clung to in the past two days--that Trump made it easier for the mentally ill to buy guns legally.

Snarking at Paul Ryan’s call for closing loopholes in who is able to access guns, Wallace said: “They're not slipping through the cracks because Donald Trump signed a bill revoking the Obama era gun checks for people with mental illness."

Her guest, Eddie Glaude, a Princeton professor and MSNBC contributor shifted gears by blaming America’s “gun culture” and racism for the increase in mass shootings.

“There is a toxic masculinity at the heart of this gun, this gun culture, rooted in a myth about who we take ourselves to be. American, rugged individualism. The government is not going to protect you, we can protect ourselves, right? And there is a way in which this AR-15 is actually the weapon of the minute man,” he claimed, before arguing that we needed to change our “moral” values to not glorify guns.

Glaude proceeded to argue that, in certain minority communities, gun violence is an everyday occurrence, yet no one seems to pay attention:

Every day in certain communities, babies are walking to school having to deal with gun violence. Every day in this community certain parents in certain communities, certain parents are burying their children because of gun violence. So, there are some people in this country right now, folks that I know who are in my family, who are friends, who have to deal with this matter as this issue, as a matter of day to day circumstance. And it's all because, as John said, this gun culture, this gun culture that makes people money.

“Why is this accelerating?” Heilemann wondered, acknowledging some Trump policies were to blame but placing more of the blame on America’s racist culture.

“What's happening in the culture? I again don't have the answer to this, but it’s somewhere it’s in sociology and its in anthropology, it's taught us something about the crisis of -- that's going on among masculine identity among young white men in America. There is something in there,” Heilemann argued.

Wallace jumped in to clarify the point she thought Glaude was making in his argument, that white victims were more important to politicians and the media than minority kids and communities.

“I think you are making a different point, you're making a racial point as well, that people in urban settings -- We're talking about this because, let's be honest, 17 white kids were [killed]- I think you're making a good point, Eddie,” she stated.

Glaude agreed with Wallace, saying he wished "you guys" (ie: his fellow white panelists) were "having this conversation while we're walking in Chicago, in Jackson, Mississippi, in Oakland."

"Folks who are living with the consequences of guns!" he urged.

To a certain extent, Wallace and Glaude are right --- but the target of their blame is misguided. It's not the GOP's fault that gun violence in the inner cities is being ignored. All the cities Glaude listed have been ran into the ground by liberal policies installed by the Democrats running these communities. Instead of acknowledging that, MSNBC blames Republicans.