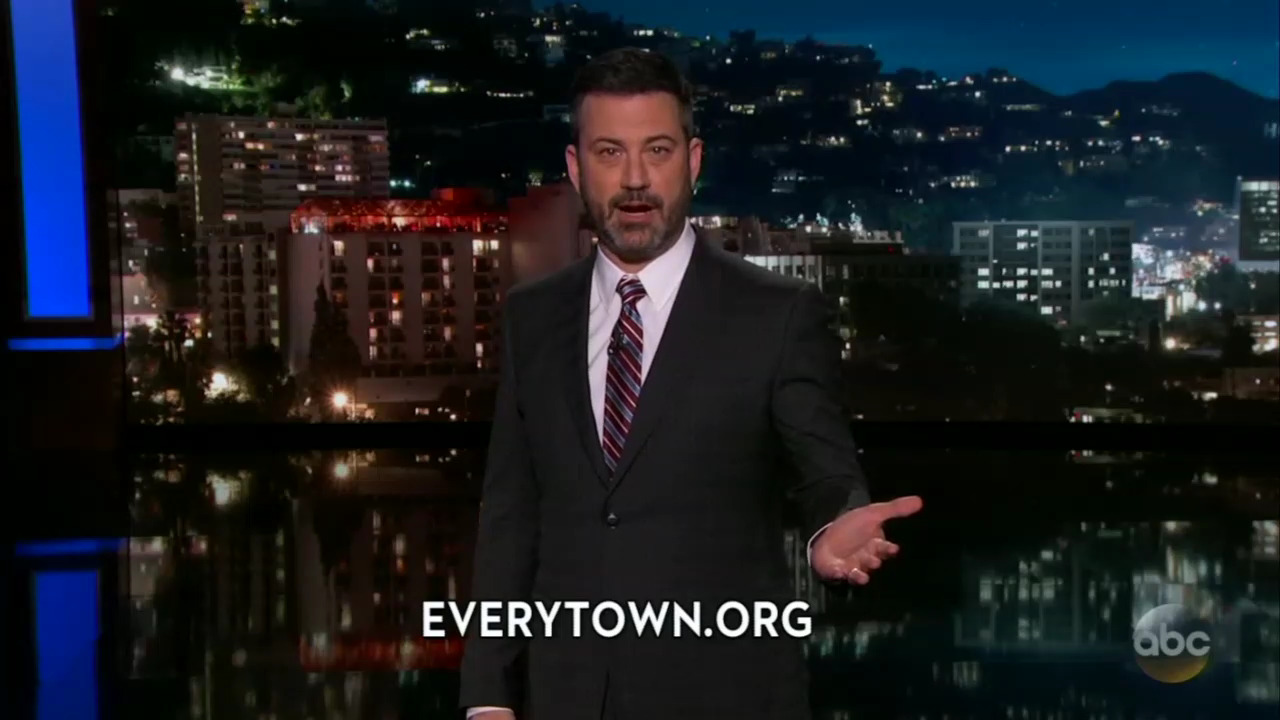 Comedian turned left-wing activist Jimmy Kimmel had his barbs ready for Trump and the GOP on his Thursday evening show, after the horrific school shooting on February 14. As he has done previously on healthcare and guns, Kimmel went on a highly partisan, fake-news-filled rant blaming them for not “acting” when these tragedies occur, even slamming Trump as “mentally ill” for not giving in to the left’s demands for gun control.
“Tell your buddies in Congress, tell Paul Ryan and Mitch McConnell and Marco Rubio, all the ‘family men’ who care so much about their communities, that what we need are laws, real laws, that do everything possible to keep assault rifles out of the hands of people who are going to shoot our kids. Go on TV and tell them to do that,” he slammed.
Getting emotional, Kimmel choked up. “Children are being murdered,” he said as an audience member shouted in reference to Trump, “Do something now!” The talk show host agreed. “Do something! We still haven’t even talked about it, you still haven’t done anything about it. You’ve literally done nothing!” he scolded.
Kimmel then repeated a lie that the media has regurgitated several times over the past 48 hours, that Trump supposedly made it easier for the mentally ill to access guns legally. This is simply not true, but the left-wing talking head continued his misleading rant: “Actually you’ve done worse than nothing: You like to say this is a mental health issue, but one of your very first actions as president Mr. Trump, was to roll back the regulations that were designed to keep firearms out of the hands of the mentally ill. You did that.”

Kimmel’s diatribe got nastier, with him calling Trump “mentally ill” for not wanting gun control. “So I agree this is a mental illness issue, because if you don’t think we need to do something about it, you’re obviously mentally ill!” he said to cheers and applause from the audience. Appealing to his left-wing base, Kimmel downplayed the severe illegal immigration problem we have in this country, claiming that a singular car accident caused by an illegal immigrant was what motivated Trump’s “wall”:

It is amazing to me that If one illegal immigrant causes a car accident, we've got to build a wall to keep the rest of them out, why are you looking for solutions to that problem and not this one? Somewhere along the line, these guys forgot they work for us, not the NRA. Us. And this time, we’re not going to allow you to bow your head in prayer for two weeks.

He ended his tirade by urging viewers to visit the left-wing Michael Bloomberg gun control group, Everytown for Gun Safety even leaving the activist group’s website url up on the screen.

ABC’s morning news program, Good Morning America, touted Kimmel’s emotional rant on their show Friday morning. In her report, ABC’s Cecilia Vega again misled viewers, as she did on last night’s World News Tonight and Kimmel did on his show hours later, claiming that President Trump “rolled back” Obama-era restrictions on the mentally ill being able to buy guns.

The GMA team played several clips from Kimmel’s monologue, with anchor Robin Roberts and George Stephanopoulos lamenting how Kimmel seemed to get that Americans wanted action on gun control, but President Trump wouldn’t address it. “You heard someone yelling out ‘Do something now’and it seems you can't even get lawmakers to utter the words gun control," Roberts gushed.

"Well, not President Trump yesterday. Kimmel, of course, spoke after President Trump's addressed the nation yesterday afternoon and as you said Robin, the president did not mention guns,” Stephanopoulos stated.