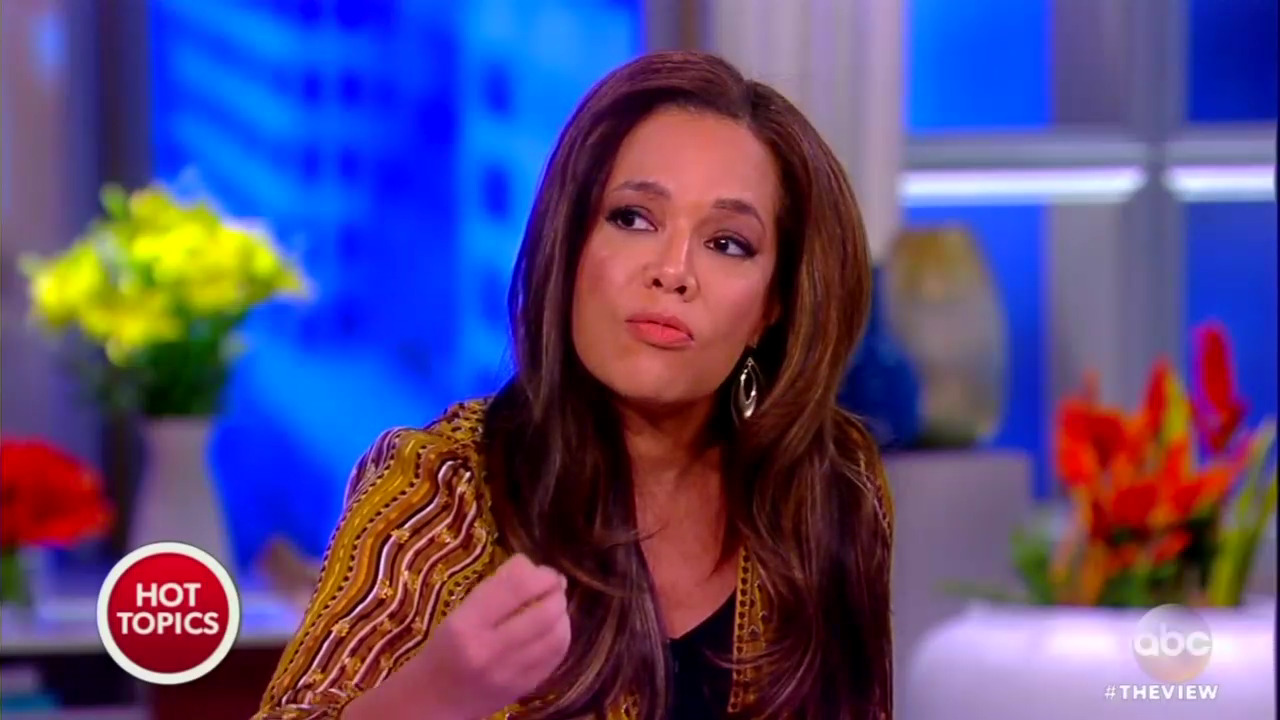 After Chief of Staff General John Kelly told reporters Tuesday that the discrepancy between the number of registered DACA recipients and those eligible for the program was probably due to people being too lazy or too fearful to apply for the program, the media went into a tailspin of fury over Kelly’s blunt comments.

Of course the liberal hosts at The View threw a temper tantrum over this statement, on the February 7 show. Co-host Whoopi Goldberg immediately launched into a mind-numbingly stupid tirade against Kelly, that sounded like it came straight from the DNC playbook. Sneering that the General was the “lazy one” one, Whoopi lectured Kelly over what applying to the program entailed, since he apparently didn’t know:

I want to point something out John Kelly. You might be actually be the one who is a little lazy here because 600,000 of those DREAMERS weren't eligible for DACA as of last year since they hadn't met the age or education requirements, they haven't applied some out of fear. Many people eligible for DACA have families below the poverty line and it costs $495 to apply for DACA. Another $495 to renew every two years. Three-quarters of those over 16 and eligible for DACA work are juggling. 1 in 4 juggle both job and college studies.

She went on to speak for every one of those millions of illegal immigrants, gushing that they were “busting their butts” to stay afloat in this country.

Always ready with the anti-Trump quip, Joy Behar griped,“They weren't fortunate enough to inherit $1 million from their daddy like he was!”

If the Democrat talking points weren’t already overblown enough, guest co-host Valerie Jarrett jumped in to gush that DACA “kids” were “just like all of us,” and “love our country.”

“They are confused and don't understand why they haven't been taken care of!” Jarrett complained.

As conservative co-host Meghan McCain argued that DACA was a bipartisan issue, Joy Behar jumped in to disagree, “It’s Trump!”

“No it’s not just Trump,” McCain argued, mentioning Chuck Schumer and the Democrats’ unwillingness to compromise on anything, leading to the latest government shutdown. “There’s room for agreement on this,” McCain said, noting that Democrats needed to give Republicans want they want on border security and chain migration.

That upset the rest of the table who talked over each other as host Sunny Hostin angrily lectured McCain on why Republicans were “wrong” on immigration:

The problem with chain migration though is, Meghan, if you give the DACA recipients, citizenship what this administration is doing, is making sure that their parents get sent back and so you're breaking up families and immigrants don't deserve that kind of treatment!

As Hostin finished up her emotional spiel on what illegal immigrants “deserve” from our government, the audience clapped in approval. Jarrett pressed McCain on “why” Republicans and President Trump couldn’t just pass DACA with no strings attached. McCain had to explain to the former Obama adviser why President Trump, who ran on a platform of enforcing our borders, couldn’t “alienate his base” who got him elected.

“I believe there is bipartisan agreement but the sticking point is him, it actually is him!” Whoopi agreed with Behar.

To make the whole segment end in its usual hyperbolic fashion, Hostin got one last pot shot in at Kelly, saying that calling illegal immigrants who didn’t apply to a program they were eligible for “lazy” was rhetoric that “undermines the values of our country.”

“The thing is, you know, you have the Chief of Staff, John Kelly, calling immigrants lazy. When are we going to stop with the nasty rhetoric that is undermining the values of this country?” Hostin gushed as the show cut to commercial.

Last week on the show, Hostin also complained that the Trump administration was “demonizing immigrants” by calling out the violent illegal immigrant gang, MS-13.