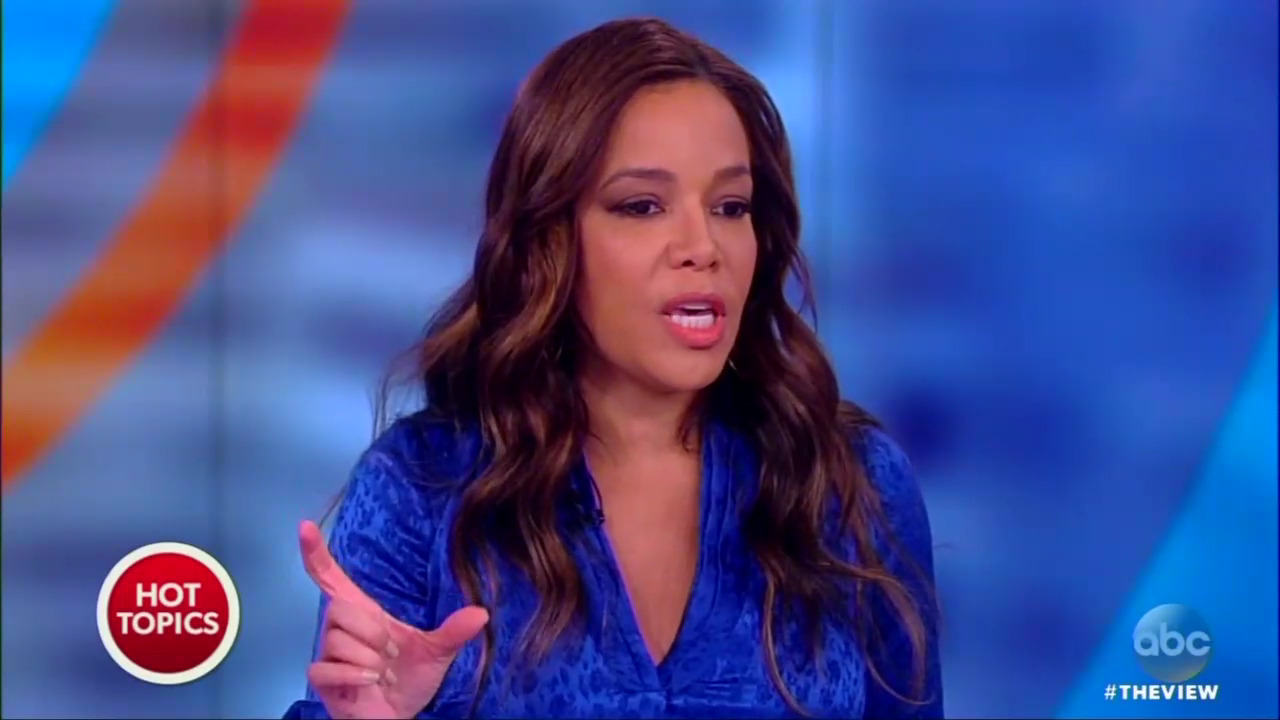 As to be expected, the liberal hosts at ABC’s The View were less than thrilled by President Trump’s State of the Union last night. Since co-host Joy Behar was out sick, co-host Sunny Hostin took the mantle giving the hysterical anti-Trump take, decrying the “very offensive” speech that “demonized immigrants,” on the show’s January 31 episode.

After co-host Meghan McCain complained that she didn’t find the speech bipartisan enough, she added that she was in the sole minority on the conservative side. She explained how two polls from CBS and CNN both found an overwhelming positive reaction to Trump’s address. However, host Sunny Hostin didn’t see anything redeemable in the speech.

“Can I just say this? I thought the speech was very divisive. I thought in parts it was very offensive,” she gushed.

After McCain asked for clarification, Hostin explained that Trump apparently “conflated” DREAMers with gang members and thus “demonized” them (he didn’t):

When he said Americans are dreamers, too. I would say that the DACA bill has bipartisan support, it has the support of America and for this president to conflate the dreamers with gang members, he was demonizing our immigrants here and I was offended by his speech actually. I thought that it was extremely divisive. If he wanted to unite our country that is not the way to do it.

McCain asked Hostin if she was then “surprised” by the positive reaction to the speech.

“Well, I'm shocked, and I’m also shocked at the numbers,” Hostin confessed. Instead of acknowledging that maybe, just maybe, her perspective was more than a little extreme, she seemed to dismiss the polls as skewed:

“You said CBS was 70-something and CNN was 40-something. Who are they interviewing? I don't know,” she shrugged.

Whoopi Goldberg explained that the unemployment rate had been falling “for quite some time,” so it wasn’t due to Trump:

African-American employment [sic] stands at the lowest rate ever recorded and Hispanic unemployment rate reached its lowest levels in history. I just wanted to point out because he started when he was campaigning talking about this, he said 58% of African American youths were unemployed. It was 19.2%. The rate has fallen to 7.7 ok? But it’s been falling for quite some time. It didn't happen in the last year.

So who was really due credit for this great news? Obama of course!

“It started in 2010. So let's give President Obama credit for that,” Hostin gushed, to loud cheers and applause from the audience.

“Well, Sunny, that was my point. That was what I was going to -- that's okay!” Whoopi said cheerfully.