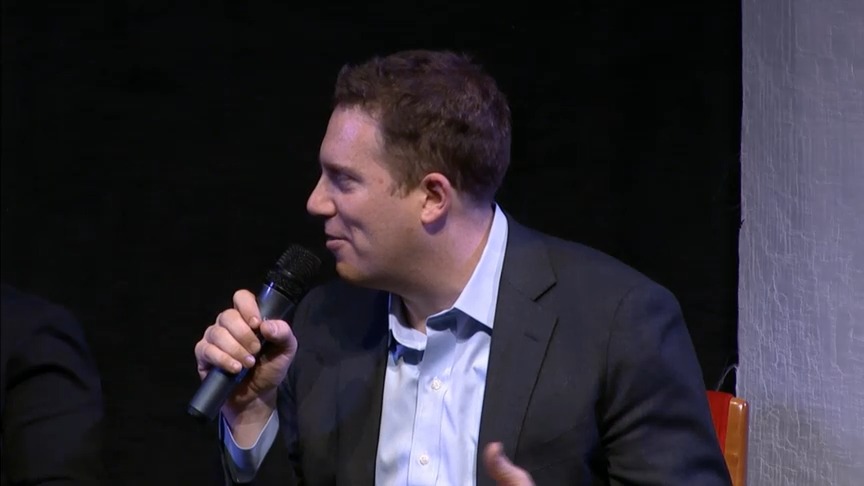 Journalists and CEOs from the leaders in the liberal media gathered last night at New York University for a panel discussion on the evolving media landscape, entitled: Media, Fake News, and the New Generation of Informed Citizens. Maggie Haberman from the New York Times, Ben Smith from Buzzfeed, Andy Lack of NBC News, and Richard Plepler of HBO were the major panelists, along with Axios CEO Jim VandeHei, who moderated the January 29 event.

Surprisingly the discussion was largely civil and didn’t derail into a “poor me” whining session like it did when Jim Acosta and April Ryan spoke at the Newseum media panel two weeks ago. Despite the absence of fretting over Trump attacking “press freedom,” the panel did find a moment to make digs at right-leaning media.

VandeHei started off talking to the panel about fake news and it’s supposed impact on the election. Citing a Buzzfeed report, he asked Editor-in-Chief Ben Smith to talk about the number of fake news stories that had the biggest reach, posing that somehow these ridiculous stories swayed voters.

“Of the top 20 stories that reached the most, highest number of people on Facebook, in the final months of the campaign, like 19 of the 20 or something were fake?” the moderator posed.

“Yeah the bulk of them were sheer nonsense,” Smith responded.

“Essentially, pure confirmation bias. You know, Hillary Clinton was dead and had been replaced with a body double, stuff like that. You could say the conservative equivalent of Michael Wolff’s book,” he quipped with a grin.

But just think about that. If more than 50% of people got most of their news about the campaign on Facebook and in that final month, when the polls moved, 19 of the 20 stories that had the biggest reach, weren’t real, that’s not really a laughing matter.

He then wanted to know “why” anyone would believe these stories. “Is the idea that people just want to feel more visceral and emotional about the coverage they’re getting?” VandeHei posed to Smith again.

Already going in that direction with his last answer, Smith blamed Fox News for the problem of fake news. He went even further with the hyperbole, claiming that Fox News had “surpassed” the “craziest” of the fiction found on social media sites:

I don’t think this is solely the problem of the internet, right? Fox News has always had a thread of that, really now almost entirely that. Like you can find--Fox News has surpassed the kind of crazy Facebook pages for the production of just like confirmation bias nonsense. So at some level the flaw is human nature, but Facebook also did and social media probably engineered a really great delivery system for that stuff and I do think it was really big--it was not the only factor in the election, not the decisive factor among the hundred factors, it was obviously a really major, major part of it.

Buzzfeed lecturing people about the problem of “fake news” is rich, considering they were the outlet responsible for publishing the infamous “Russian dossier.” A year later, Smith is still defending his outlet’s decision to publish the document that made salacious, unverifiable claims about President Trump. While he bashes Fox News in the company of fellow liberals, Smith appeared on FNC’s Tucker Carlson Tonight on January 10 to actually defend the dossier as giving Americans invaluable information in understanding the Russia investigation.