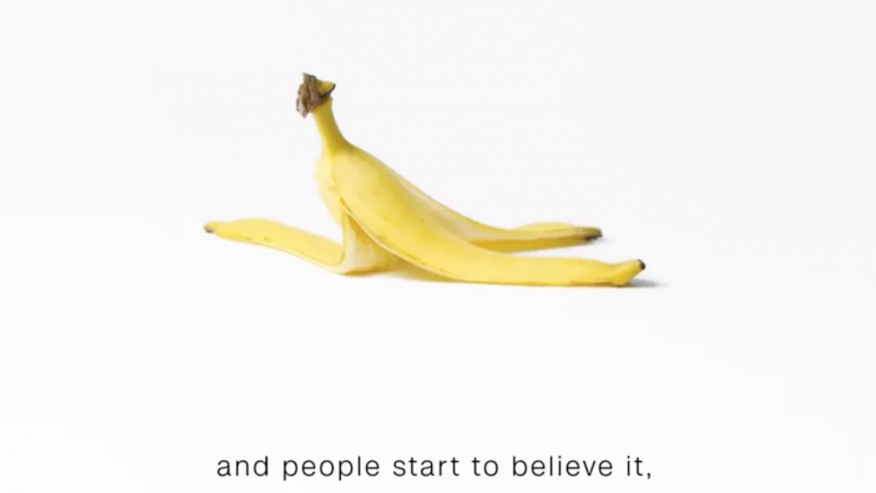 What is more predictable than a never-ending well of virtue signaling from the cable news channel that always seems to have a chip on its shoulder?

After being roundly mocked for their “Apple vs. Banana” "#FactsFirst" ad campaign last Fall, CNN is back at it again with another fruit-related anti-Trump lecture.

Take a look below:

Some people might try to tell you that this is an apple. It might even start as a joke. But when they say it over and over and over again, and people start to believe it, it's only a matter of time until someone gets hurt.

Clearly, CNN is arguing that Trump’s fights with the press, including silly wrestling gifs, inspire violence against the media in the exact same week that a man was charged wirh making threats to the network.

But this melodramatic ad from CNN ignores the network’s own responsibility in promoting reckless fake news stories that have actually endangered people's lives.

Twitter quickly seized on this irony, calling out the network for falsely reporting on so many serious issues in the past, from Ferguson, to the Steve Scalise shooting, to not correcting debunked hate crimes:

Remember how CNN anchors did “hands up don’t shoot” a gesture that never happened on air? I guess Baltimore & Ferguson business owners who lost everything knew fires & Dallas cops can hold CNN accountable thanks to your cool new ad.

Whether its as petty as claiming that Trump fed the koi fish first, or as serious as falsely and frequently claiming that the “right wing” was responsible for terrorist acts from San Bernardino, to the Boston Bombing, CNN has a reputation for reckless reporting on serious and silly matters alike.

NewsBusters has documented the network’s long history of reporting fake stories, and gushing over fake news tellers like Dan Rather. So perhaps CNN should actually take President Trump’s “fake news” moniker as constructive criticism, instead of as an offensive threat.