Trevor Noah: Trump’s ‘Dictator Blood’ Is What Keeps Him Alive 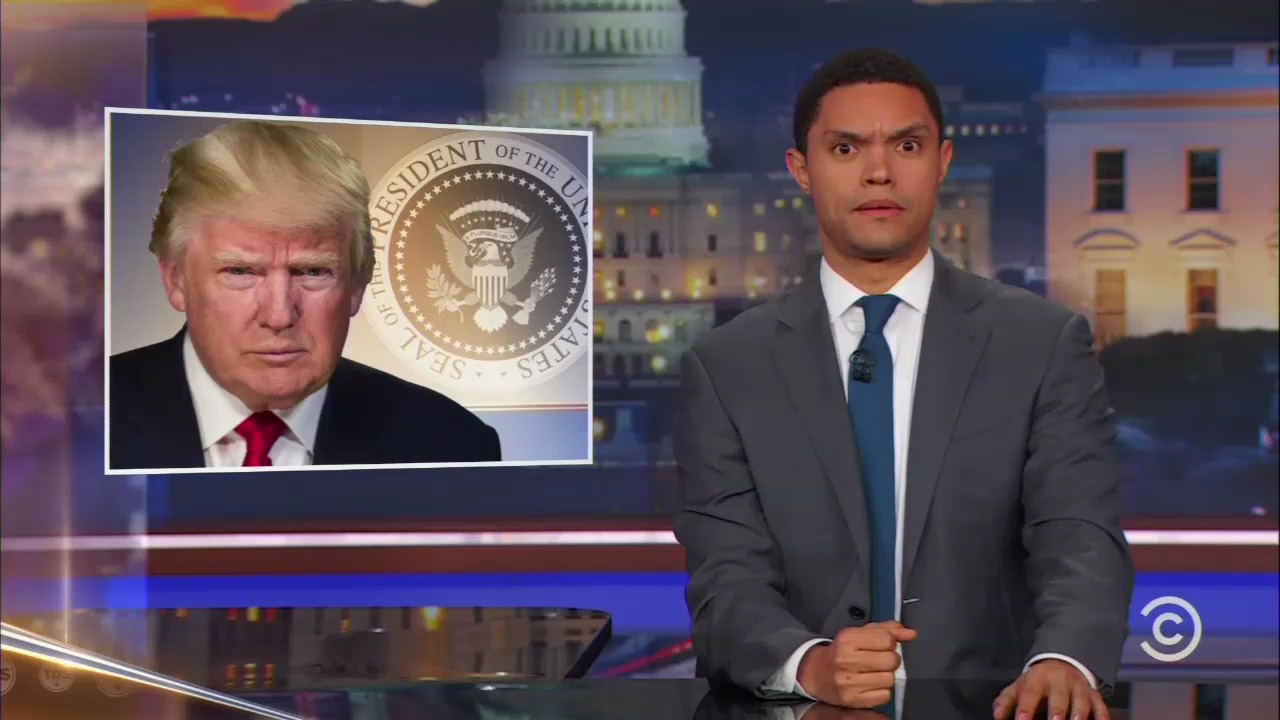 After an exhausting press conference Tuesday, where journalists asked the White House doctor just about every question they could about President Trump’s physical and mental health,The Daily Show was equally as flabbergasted by the excellent report delivered by the doctor, that flew in the face of every speculation liberals have raised since Trump took office.

Instead of mocking the journalists in the room for their utterly ridiculous questions, host Trevor Noah took aim at the president instead.

After playing a clip from yesterday, where the doctor denied Trump had any cognitive, heart or dental problems, Noah wrinkled his nose and snarked, “But did you test for racism?” to the audience’s delight.

“So it turns out, according to the official White House doctor, Trump is completely sane, which makes me more worried because that means he's doing all of this sh** on purpose?!” he asked.

Noah then speculated whether or not Trump’s doctor was “gaslighting” the public, since it was so obvious that Trump was both unhealthy and crazy.

“To us, the non-experts, the only thing that looks healthy about Donald Trump is he's shaped like a food pyramid,” the comedian scoffed. “To say his health is excellent is like medicine is gaslighting us now. How is this even possible?” he asked, flabbergasted, before playing another clip from the press conference where ABC’s Jon Karl wonders the same question:

KARL: Explain to me how a guy who eats McDonald's and fried chicken and all those diet Cokes and never exercises is in as great shape as he's in?

WH DOCTOR: It’s called genetics. I don’t know. Some people just have great genes. I told the president if he had a healthier diet over the last 20 years he might live to be 200 years old.

Since throwing out the “racist” pejorative has pretty much lost all its meaning, because of how often the media uses it against Trump, it’s no surprise where Noah went next.

Taking a note from Sen. Jeff Flake, Noah joked that Trump must have “dictator blood” and that’s why he’s so healthy.

“Look, to be honest, I'm not really surprised. Donald Trump has dictator blood. We're used to this in Africa and other places in the world, Castro, Mugabe, the Queen --we’re all shocked at how long they live!” he mocked.

He continued explaining in a mock-Trump voice, that the president would continue campaigning even after every human was dead from the nuclear apocalypse:

“Like after the nuclear apocalypse,Trump is going to be the only one around giving speeches to cockroaches. Folks! We're going to build a roach motel! Who's going to pay for it? Mosquitoes!” the comedian snarked.

To The Daily Show’s credit, Noah did end this segment by saying the left owed Trump an apology for doubting his physical and mental health.

“So well done, Trump, you're healthy, we owe you an apology,” he quipped, before changing topics.