Kimmel: ‘The Post’ Movie Would’ve Been ‘Unthinkable' Two Years Ago 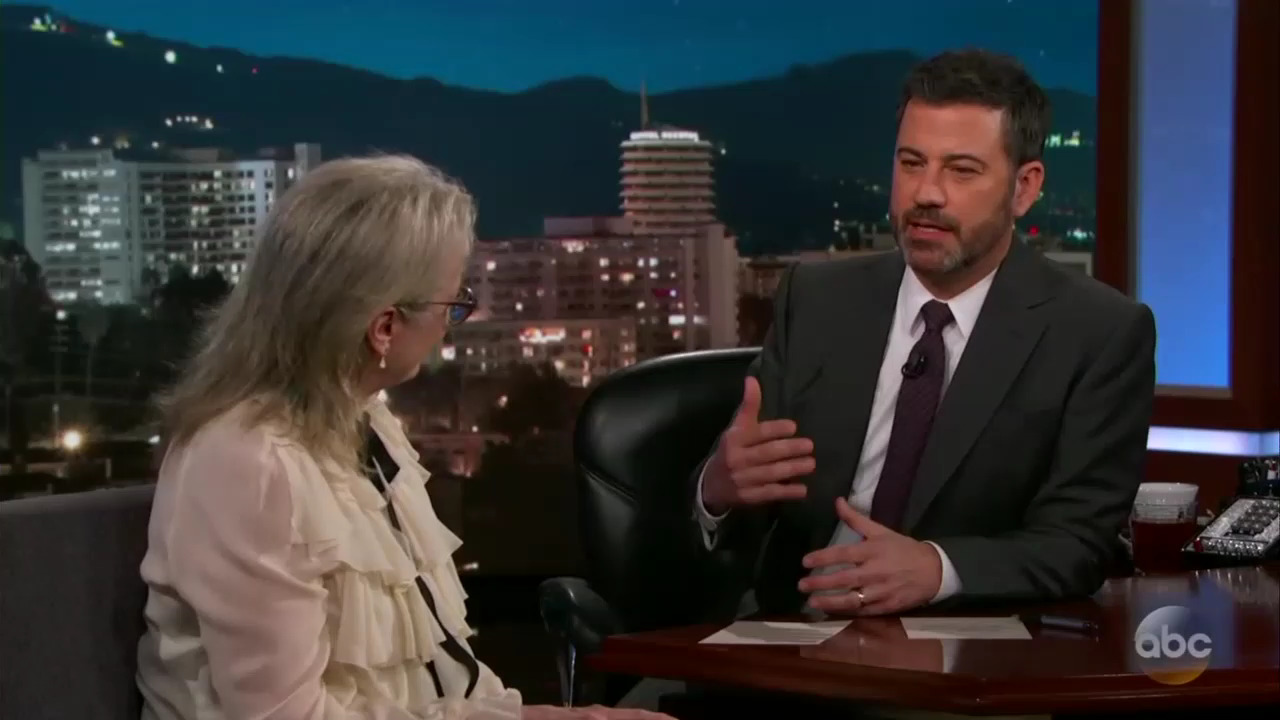 Actress Meryl Streep appeared as guest on Jimmy Kimmel Live Monday evening, where she talked with the late-night talk show host about her new political drama, The Post, about the Washington paper’s involvement in publishing classified government documents about the Vietnam War.

President Nixon blocked the New York Times from publishing the papers, before the Washington Post took over and continued publishing them anyway.

Seeing that the press loves to paint themselves as the victims of a hostile administration, of course this movie has been right up their alley. Like the rest of the media, Kimmel praised Streep’s character as a “hero” for defying the Republican president of the time, and gushed about how timely the movie’s topic was.

“It’s based on Katharine Graham, who is a real publisher who did something, I think, heroic is a good way to describe it,” the late night host praised.

At that time The Washington Post was the second paper in Washington. The big paper was the Washington Star, and it was nowhere near The New York Times. The New York Times got a tip, and Neil Sheehan, this great reporter, picked it up and they published the Pentagon Papers. But Nixon shut them down. So it came to the Post. They found the source, the choice came whether they were going to defy the court in an injunction and publish. And so it came down to her. She was one of the only women who was in business at that time, and she ran the paper only because she inherited it.

Unable to keep his anti-Trump bias from showing, Kimmel stated that the President trying to censor a media outlet would’ve been “unthinkable” during the Obama Administration but with Trump as president, it’s more relatable:

“It's funny because I feel like this movie had come out two years ago, we would be---our reaction would be, it's unthinkable that a newspaper wouldn't print this information because the president told them not to. But now it doesn't seem so unthinkable anymore,” Kimmel remarked.

He then asked Streep if it was “a total coincidence” that the movie came out while Trump was president.

Even Streep didn’t quite take the bait, saying that censorship of the press by government wasn’t anything new:

“Well, I think, you know, the assault on the press and freedom of the press and the attempt to, by powerful -- by government to shut down a story is something that's risen over and over again since, you know, brave new world,” she responded.

“Since this weekend!” Kimmel joked.

“This weekend, yeah,” Streep conceded before adding that director Steven Spielberg “felt the impetus to really get this out right away:”

But I think Steven Spielberg felt the impetus to really get this out right away. He worked really fast. I mean we started shooting in May. We finished at the end of July. He had a cut two weeks later. Nobody makes a movie like that. Nobody. He’s just amazing.

Streep was less shy with relating the movie to Trump in an interview last week with NBC’s Today show, where she lamented the press being “under siege:”

He [Spielberg] felt that the impetuous of the moment, that at this particular time we’re seeing that our press is under siege. And just even the notion of what the truth is and how much we really do depend on the First Amendment and the freedom and independence of the press.

Similarly on CBS This Morning last week, the actors and journalists gushed over the film and it’s “non-partisan” message of the “power of the press.”