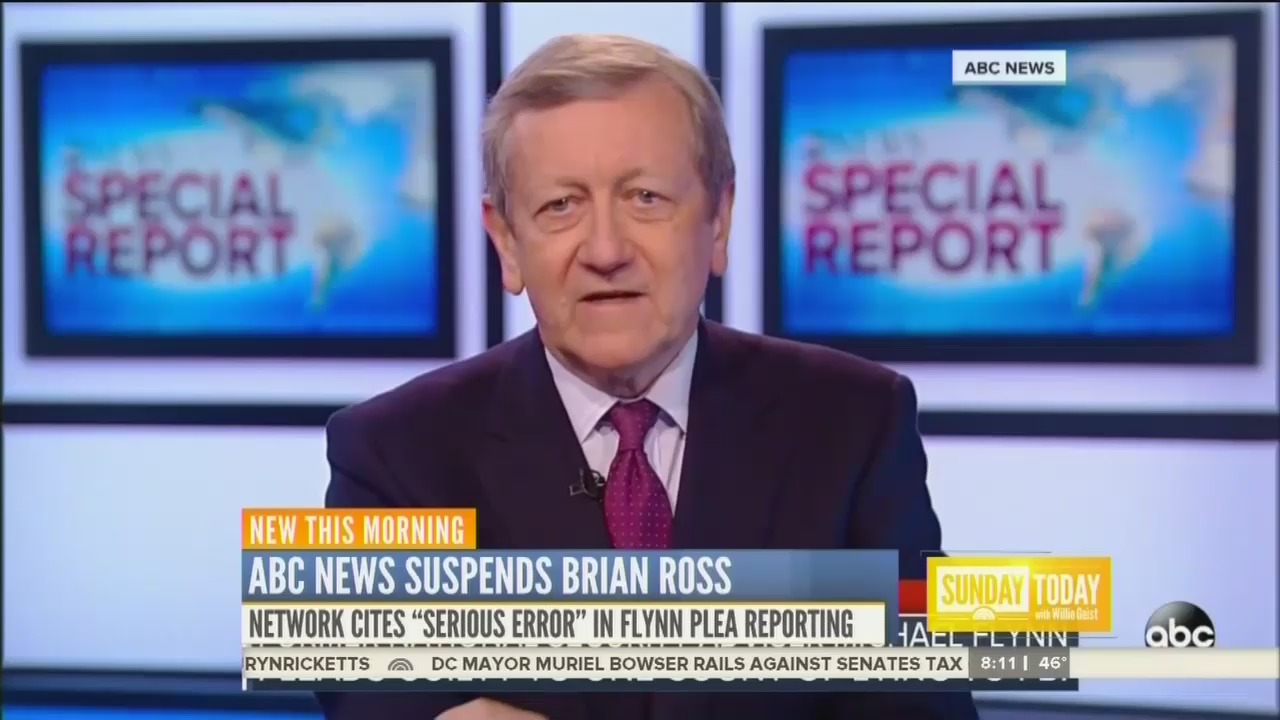 Monday morning all three major broadcast networks, ABC, NBC and CBS failed to update their viewers with the news that ABC correspondent Brian Ross had been suspended over the weekend for his false “bombshell” report that led media reports Friday morning.

That false “scoop” took the networks by storm shortly before 11am EST last Friday morning and was talked about endlessly until the evening newscast on ABC News that night, several hours later.

Here’s what Ross originally reported that sent the media into a feeding frenzy:

[Michael Flynn’s] prepared to testify that President Trump, as a candidate, Donald Trump, ordered him — directed him to make contact with the Russians which contradicts all that Donald Trump has said to this point.

As Ross later had to shamefully admit to viewers that evening, his sources were incorrect. In reality, Flynn said that President Trump as president-elect had ordered him to speak with the Russians.

Neither Ross’s suspension, nor the fact that the “scoop” was false, was reported on any of the networks by their journalists Monday morning.

While none of the journalists themselves brought up the update, pro-Trump guests Corey Lewandowski and David Bossie did briefly mention it on Monday’s Today show. In response to anchor Savannah Guthrie grilling the Trump campaign aides on Billy Bush’s comments about President Trump, the pair called out Ross, and the media, for “making up stories:”

BOSSIE: They set a narrative that is negative for the president. Brian Ross did it. And it was obviously wrong.