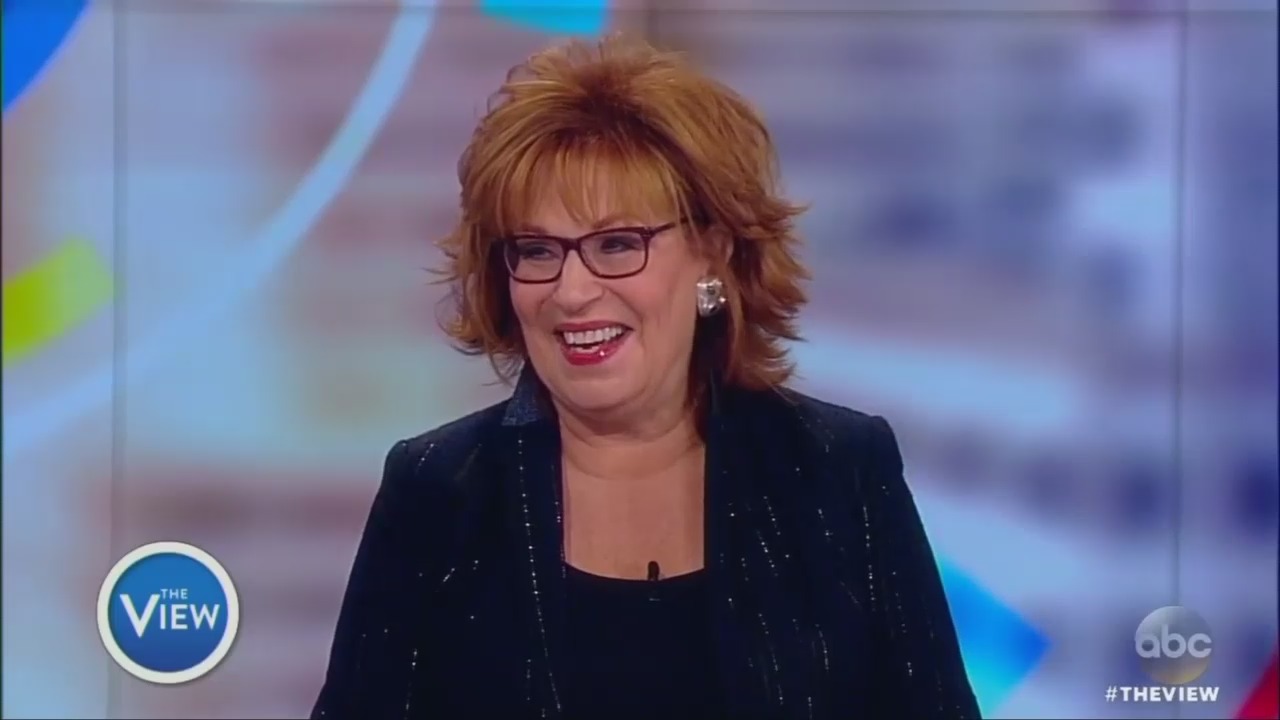 On Wednesday, ABC’s The View began the show with a much more enthusiastic opening than they typically do, as the hosts raved to the excited audience, that Democrats had won races in several key states during last night’s election. Suggesting the election results were a “rebellion” against Trump and his policies, the hosts gushed that America seemed to be heading back on track. “It makes you feel better about the country today,” co-host Joy Behar gushed.

Co-host Whoopi Goldberg began the show announcing that New Jersey and Virginia had elected their democrat candidates for governor, to loud cheers from the liberal audience.

“Well neither did Melania frankly,” Behar quipped as the other hosts laughed, and Meghan McCain rolled her eyes.

Sara Haines pointed out that half of the voters in Virginia who came out seemed to be voting against Trump, revealing he was a “factor” in their vote, and they opposed him at a 2 to 1 margin. “So I think in that instance, it might be,” Haines suggested. “But what really excited me actually and I think everyone can get board on, was this was the highest turn out for a gubernatorial race in over 20 years. It was at a 20 year low in 2016, just over half voting. This was up. It was the highest. So it means people are participating and that's the most important part,” she concluded.

“There were more women who voted this time than did for Hillary Clinton even because women are beginning to see that elections have consequences,” Behar claimed, bringing it back to Trump as always.

“And Americans are starting to see your health care will be gone. They don’t believe in climate change,” Behar continued her rant.

“Health care was a lot for people,” Whoopi agreed.

Hostin took that note to tout how much voters allegedly wanted more ObamaCare:

I was very interested. I think it was maybe not so much a referendum against trump but the values and policies that he's embracing. Because in Maine in terms of health care it became the first state to expand Medicaid coverage under ObamaCare, under the Affordable Care Act. So in other words, the overwhelming majority voted to do the exact opposite of what the government and what the governor had been trying to do. They wanted to expand the Affordable Care Act.

Meghan McCain snarked, “I didn’t know people were clapping for that,” before making her point that Ed Gillespie was a more of a D.C. establishment candidate, so the Virginia race wasn’t really a referendum against Trump, per say, as the left wanted to paint it:

“If you get in the weeds of this, Ed Gillespie was attempting to be a populist candidate. But he actually was much more of a swamp creature. This is a man who has a basketball court in his house,” she stated.

“So the conundrum for Republicans is you cannot win a primary by going full Trumpian, but you don’t seem to be able to win a general by going full Trumpian. So this is sort of the $64,000 question heading into the midterms, is how closely tied to Trump will you end up being? I think the idea he's sort of asserted himself in any way as being like Trump, is inaccurate,” she argued.

Noting Virginia was a blue state, McCain summarized, “I don't know how much I would read the tea leaves into this [election].”

Behar wondered if Jeff Flake “quit too early” before Whoopi moved on to tout all the “great” “victories for diversity” that occurred last night.

She began by touting Hoboken New Jersey’s new Sikh mayor, and then explained to the viewers what Sikhism is, in a very positive way. She explained that the faith was centered on “equality among all” “service to others” and “everyone was welcome” at their temples. She also praised the two openly transgender candidates that won elections.

As the audience applauded, Whoopi cheered, “Yay for America! Maybe we can figure out how to do this.”

“It makes you feel better about the country today,” Behar agreed.

“This will get worse before it gets better, trust me,” McCain stated.

“Well today it's good,” Whoopi grinned as the other pleased hosts chuckled.