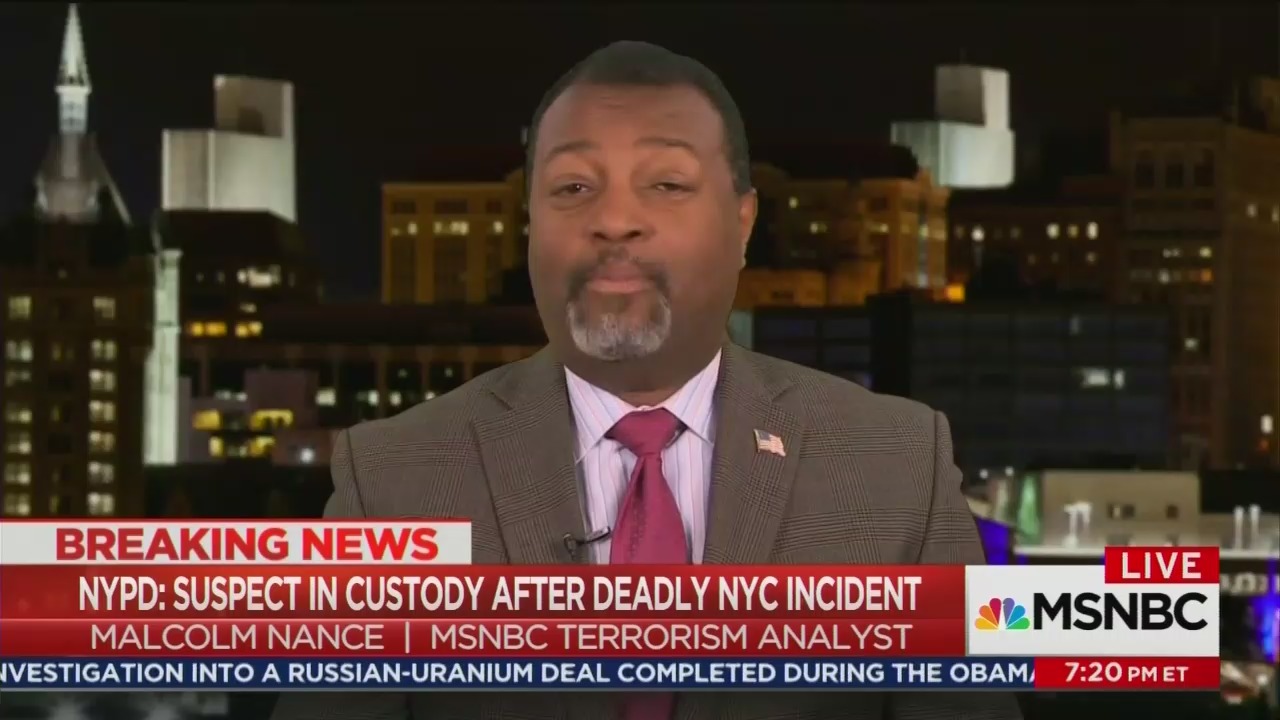 Just hours after news broke that a radical inspired by ISIS drove into a bikepath, killing eight people and injuring over a dozen others, MSNBC was already out deflecting blame from the radical religious ideology behind the attack. The network’s terrorism analyst, Malcolm Nance, defended Islam, saying it wasn’t responsible for Tuesday’s terror attack. He even brought Christianity into the mix, saying that sometimes Christians were responsible for terror.

Hardball host Chris Matthews brought Nance into the conversation on Tuesday night's program, asking him about the trend of terrorists using vehicles to go on their violent rampages. Nance responded that it was nothing new, and had been employed by terrorists in Israel dozens of times already.

Well, you know, people think that this is a relatively new tactic and in fact it isn't, it's been used in Israel well over 50 times and then over the last two years we have seen a spade of attacks in Nice, Germany, at the Christmas market, London, two attacks which culminated in weapon attacks, and then of course the one that took place in Barcelona. Which was very, very similar to the one that took place today. This is a devolution of ISIS and Al Qaeda’s terrorism, from highly organized 9/11 type attacks, Paris style attacks, down to inspiring the individual to either grab a knife, or get in their vehicle and just go out there and commit an individual act of terrorism.

Matthews acknowledged how frighteningly easy it was for terrorists to kill people, using just a truck. “[To] have the intestinal evil to be able to keep driving after you hit the first person, that requires some real evil,” he remarked, inviting Nance to offer his thoughts.

The MSNBC terror analyst agreed it was evil, but not evil inspired by a religion. “What you’re seeing is not Islam whatsoever,” the liberal analyst insisted:

You're absolutely right, it is evil. You're seeing the physical manifestation of a cult ideology. What you’re seeing is not Islam, whatsoever. None of is this condoned. Including the sacrificing and getting yourself killed at the end of a terrorist attack, none of that is Islamic, it's anti-Islamic. And what you’re seeing is these people have created a belief system in which mass murder, as we saw on 9/11, and as we’ve seen all throughout in the Middle East, where mass murder is their act of worship. And that's just cultism. And there's virtually no way to stop it once it gets in the mind of one individual unless he enunciates it or communicates electronically.

I have been in the house of Osama Bin Laden in Jalalabad. I have seen the power of how he corrupted Islam and gotten an entire of multiple generations to follow what he believed. ISIS is just the fifth generation of that corrupt ideology. But then when you get down to the street level, you have these former petty criminals, these guys who were really sort of losers in their own society. Even Christians, we have seen Catholics in Canada who converted to quote on quote, Islam and carried out acts of terror. You see them do this and what you really see is a person who either has a mental defect or who has some loss or vacuum in their world, and they decide ISIS or Al-Qaeda ideology and those acts will validate them once and for all in their life.

Nance made the same point just an hour earlier during MSNBC's The Beat with Ari Melber, Tuesday evening:

...[B]ut the guy has been here since 2010. We saw the same problem that happened with the Tsarnaev brothers in Boston. These people self-radicalized and it could have been an American who was formerly Catholic two weeks ago just as easily as a person from South Asia.

It should be noted that earlier this year, Nance actually joked that Trump Tower in Istanbul should be the target of ISIS’s next bombing. He later deleted the tweet but clearly still works for the liberal network.